Arsenal young prospect, Tim Akinola has reportedly been promoted to senior team training by the Spaniard, Mikel Arteta, according to the latest report from Allnigeriasoccer. 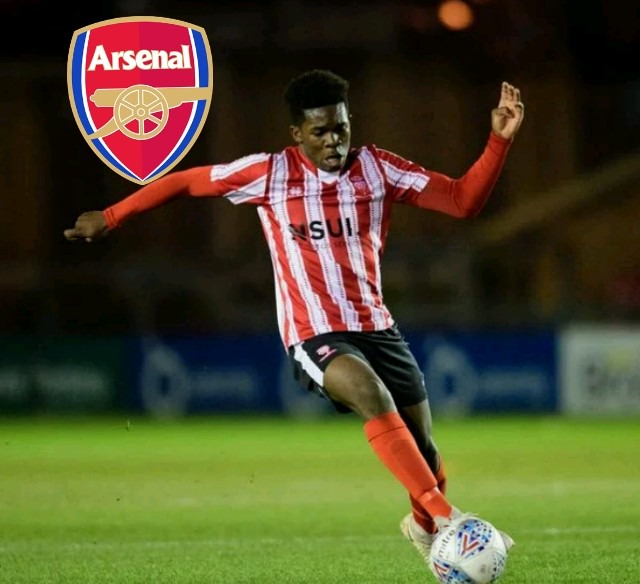 The 19-year-old sensational holding midfielder joined the Gunners setup in August after he was released by Huddersfield Town FC, where the ace failed to force his way into their first team.

In spite having only been at Arsenal FC for a short period of time, Tim Akinola has already surfaced as one of the first players on Steve Bould’s squad list for the Under-23s. The young prospect has began the last three matches continuously by Arsenal in the English Premier League 2 whilst coming off the bench in their clash against Ipswich Town and Southampton’s Under-23s.

Allnigeriasoccer suggests that, with a number of Gunners players on international duty, Mikel Arteta has opted to call Tim Akinola up to senior-team training.

As per report by Football London, the talented defensive midfielder, Tim Akinola started his academy career at the 16 year-old with League Two outfit, Mansfield before securing his move to Lincoln City FC ahead of the 2018-2019 campaign.

Whilst with the Imps, Tim Akinola played in the English FA Youth Cup clash against West Brom Albion and also had a loan spell at Lincoln United FC in the eighth grade of English football.