By Regalnews (self meida writer) | 1 months

Tennis is a popular sport that has produced so many notable stars that have attracted a huge cult following over the years. Just like any other sport, the game of Tennis has it's own legends that have broken so many records over the years, but perhaps some of the most notable records were set by persons who were not professional tennis players. In 1924, two stunt performers carried out one of the greatest stunts that the game of tennis has ever seen, they played a game on top of a flying aeroplane. 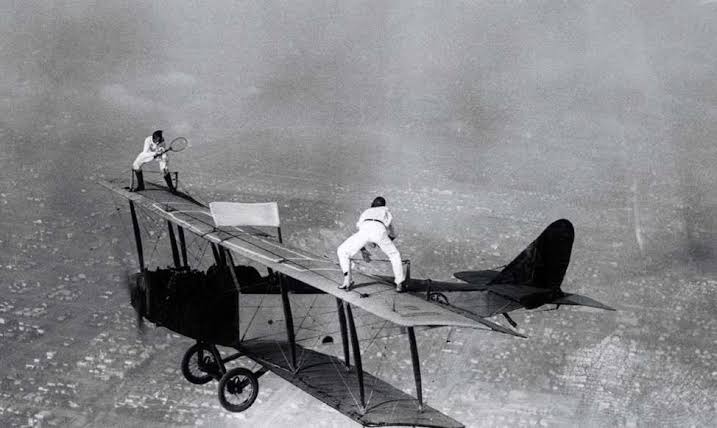 Gladys Roy and Ivan Unger performed Perhaps, what is considered to be one of the greatest and dangerous stunts of the 20th century. They played a tennis game on top of a moving plane above the skies of Los Angeles. The two women were trailblazers in the field of aerial stunts in a time when it was generally believed that women were meant for culinary duties.

Tennis is generally played on a Clay or hard surface, but the two women decided to take the game to a whole new higher level, literally. 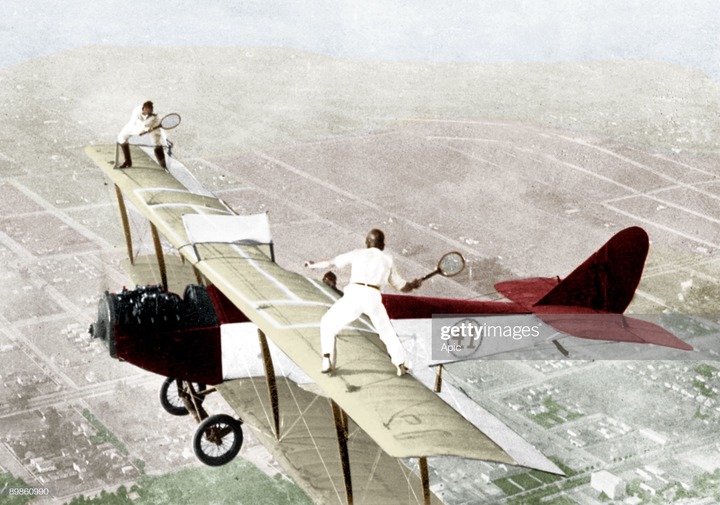 The stunts saw the two women strapped unto both wings of an aeroplane, with each of them standing opposite each other holding a tennis racket. A net was in the middle, as both players served appeared to be hitting the ball to and fro. Many people will consider such stunt impossible, and the fact that it was dine by a women goes far to show that women too can be great risk takers when it Comes to record breaking and daredevil stunts.

Daredevil stunts were very much common in the 20th century, escape artists like Houdini were masters of escaping from hard locked chains and enclosed spaces.

Check out these new photos of Emmanuella

Meet James Brown's Younger Sister, Gracious Brown, Whom No One Is Talking About

Between Beyonce And Kim Kardashian, Who Is More Beautiful?

Jennifer Of 'The Johnson' Drama Publishes A Book, Says She Is Trying To Impact Lives Of Other Women

Few Pictures from the funeral of His Royal Highest Prince Philip, Duke of Edinburgh

Jennifer Lopez Has Had A Good Number Of Relationships, Check Them Out