A One Sided Clash Of Titans 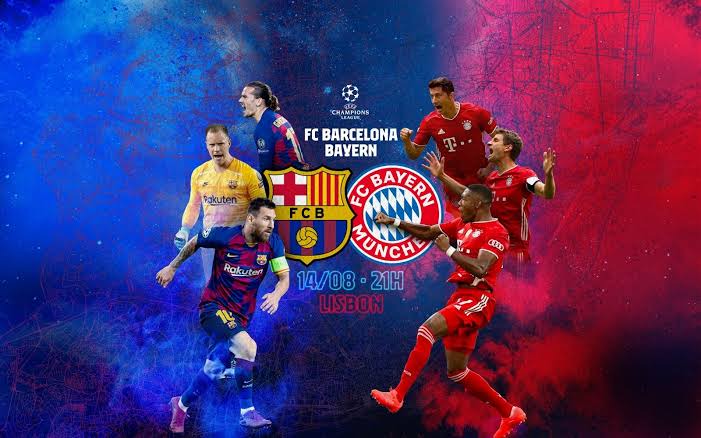 The third fixture of the quarter final of the 2019/2020 Champions League Season took place yesterday by 21:00h. The clash was a really mouth watering prospect for football fans all over the world as two Giants from two of the top five Europe leagues were to clash for a spot at the semi finals of this season UCL.

Fc Barcelona hoping to salvage their season by winning the UCl as they came short of winning the Spanish La Liga were to face off against the Bavarian Giants Bayern Munich who are thirsty for European glory after already retaining thier domestic league trophy. Both teams boast of exciting talents that would make picking a side a really hard one, because the game could go in favour of anybody. Barcelona having Lionel Messi, Suarez, Griezmann, Dembele e.t.c would certainly make any football fan believe that they will be the winners of this clash but Bayern Munich aren't short of stars either with their squad boasting the likes of danger man Robert Lewandoski, Muller, Thiago, Perisic, Gnabry and on loan Barcelona man Coutinho. 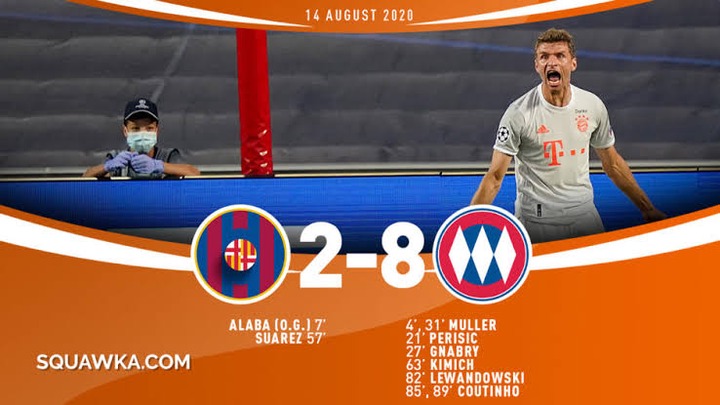 The match is certainly not the best performance from the Spanish Giants but take nothing away from the Bayern Munich as they came to decimate the opposition and they weren't taking no prisoners.

The match boasted of eight different goal scorers with six in favour of Bayern and two in favour of Barcelona in an encounter that produced a stunning total of ten goals. Muller and Coutinho bagged themselves a brace, Perisic, Gnabry, Kimich and UCL top goal scorer this season Lewandoski also got in on the action for the German Side as his total in the competition this season went to 14 goals. An own goal from Alaba gave the Catalans hope of mounting a come back after they had fell behind in the early minutes of the game but even the second goal from Luis Suarez didn't seem to be enough as Bayern hit them with rapid quick fire of goals.

This shouldn't come as a shock as Bayern made it a reputation of gunning down big teams this season with devastating scorelines. First with Tottenham aggregating 10-3 over two legs, then Chelsea 7-1 over two legs and now Barcelona 8-2 over a single leg. I just can't stop to wonder what if there was a second leg? The man of the match goes to Thomas Muller with an outstanding performance. Now certainly Bayern Munich are the favorites to go on and win the UCL.