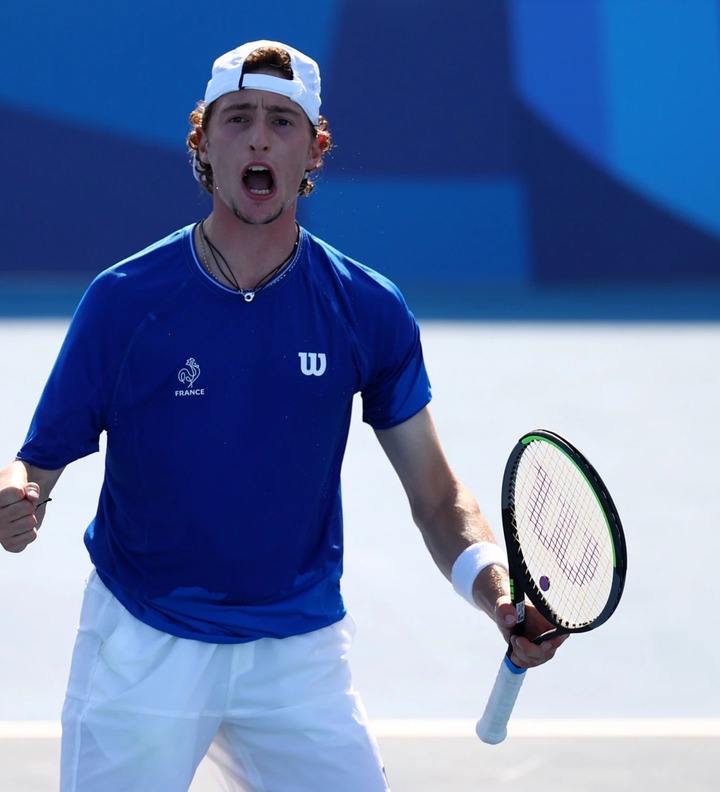 Ugo Humbert of France has caused an upset in the men's singles competition after he beat Stefanos Tsitsipas of Greece: 2-6 7-6(4) 6-2.

Things looked to be plain sailing for 2021 French Open finalist Tsitsipas after he beat the Frenchman 6-2 in the opening set of the men's tennis competition. However the 23-year-old, who had rehearsed a similar comeback against Miomir Kecmanovic of Serbia in the second round ahead of his encounter with the Greek, remained resilient.

The second set stayed on serve until the tie-break where the Frenchman stepped up to gain a healthy 6-3 point lead, before then closing the set out just two points later. Trouble then began to brew for Tsitsipas who fell to the court on set point, grabbing his leg in pain; the Greek called for treatment on the injury ahead of the third.

The match ended in Humbert breaking Tsitsipas but not before the two danced between deuce and advantage. Eventually however, the number 14 seed finally slipped two consecutive points past Tsitsipas knocking the Greek out of the competition and making his own step towards an Olympic quarterfinal.

Humbert's next challenger in wait will be Karen Khachanov of ROC. Tsitsipas has little time to wallow as he returns to court later today for the start of the mixed doubles event match alongside partner Maria Sakkari. They take on Felix Auger-Aliassime and Gabriela Dabrowski of Canada in the first round.