By Onokwurubright (self media writer) | 13 days ago

One of the most remarkable aspects of Chelsea's style of play is that anyone can find the back of the net. From Marcos Alonso to Mason Mount, Kai Havertz, and Romelu Lukaku, and even Trevoh Chalobah, there is a player for everyone. Any player on the team has the ability to score goals. 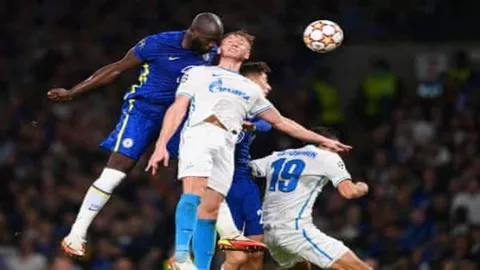 The Blues have scored 15 goals so far this season, with only Liverpool having scored more than them (17). Romelu Lukaku, the club's record signing from Inter Milan, has scored three goals in the Premier League's newly launched season.

Lukaku's impact on the game has been acknowledged by Kai Havertz, who stated that his presence upfront opens space for other forward players to score, as defenders tend to concentrate on the Belgian behemoth.

To quote the Germany international, "Romelu is now perhaps the point every defender is aiming to," according to the club's official website.

Because two or three defenders are often focused on him at the same moment, we have far more space around him."

"He's had a few games here already, so it's getting easier to play with him now that you're getting used to it.""

"Of course, he's a fantastic striker, and I believe he's demonstrated this to a high degree in the last few matches."