By Medusah (self media writer) | 1 year ago

On 11 April 2001, the American Samoa took 31 goals to face Australia at a meeting of the 3 th day of Group 1 of the qualifiers of the 2002 World Cup . A world record that still stands. 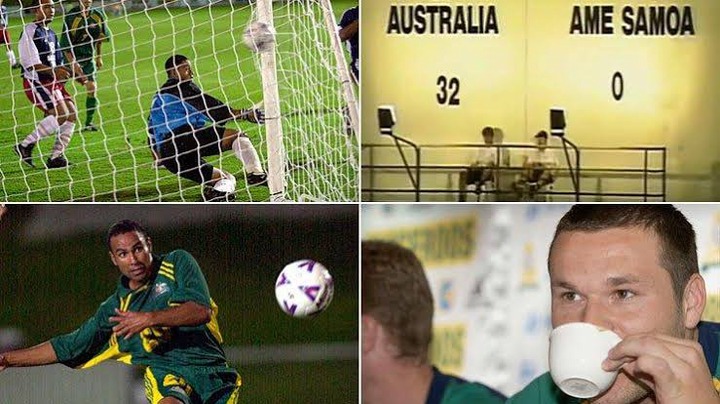 With 65,000 inhabitants, American Samoa were at the time the 203rd and last nation in the FIFA rankings (today they are ranked 192nd) and face Australia. Australia which, two days earlier, had already seized the record for the most goals with a 22-0 victory over Tonga. Suffice to say that the Socceroos are in good shape.

However, the miracle works at the beginning of the meeting. American Samoa managed to keep 0 behind for the first ten minutes. But from 0-0, the score fell to 16-0 at half-time. Everything has already been said for the victory, but Australia has yet to make history by going for the record acquired a few days earlier. 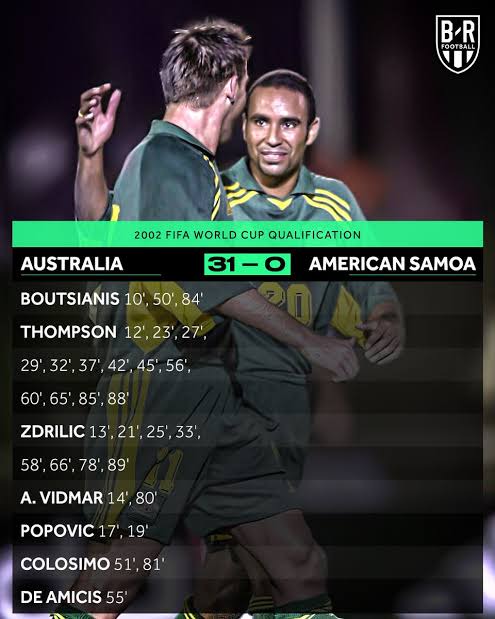 The goals are raining and the scoring will even be disturbed. At the final whistle, everyone is convinced that Australia won 32-0. Everyone except Ronan Léaustic , the referee of the match, and his assistants who refused a goal from Archie Thompson for offside.

Thompson who will ultimately be credited with 13 goals, another record, and not 14, almost as many as in his 53 other international caps (28 goals in 54 caps, in total). A hell of a performance for the striker who celebrates his second selection with Australia and who will not score a lot afterwards in the jersey of the selection. Because FIFA will finally confirm the score : 31-0, including 13 goals for the player passed by Lierse.

At the microphone, the Australian striker is happy with his record, but also criticizes the qualification system in the Oceania zone: "To beat a world record is a dream come true, but you have to look at the teams we face and ask yourself the right questions. We don't have to play these matches, it's a waste of time. At the end of the match, their players were laughing. They couldn't do much else… " 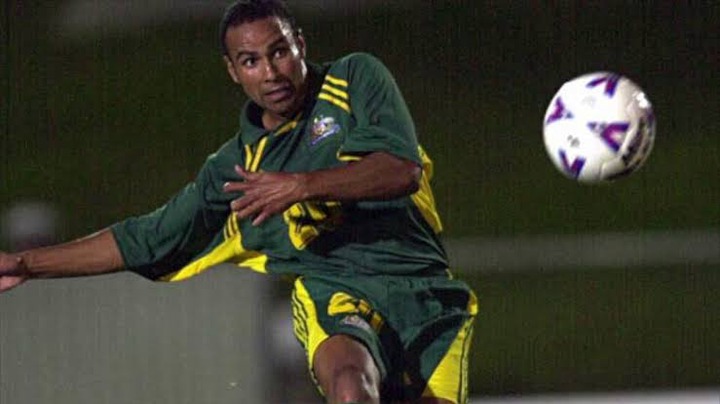 Indeed, this match will be used by Australia to join the qualifying zone of Asia. After a few years of scandals and reforms, Australia finally acceded to the AFC (Asian Football Confederation) zone in 2005, on June 29. A change fee, since from this passage, the Australian won the Asian Cup in 2015 and played all the finals of the World Cup. 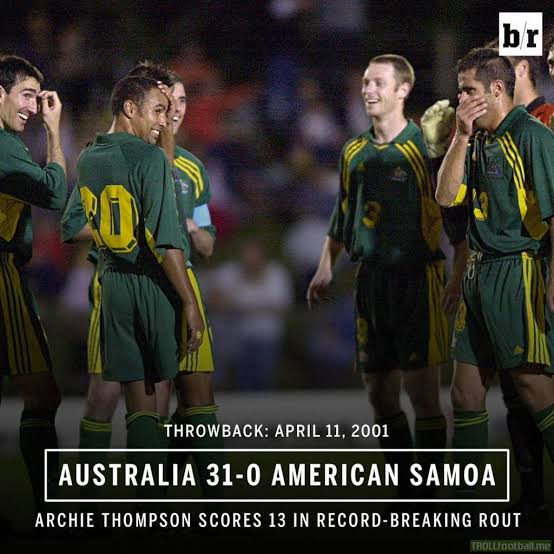 Meanwhile, the Oceania zone (OFC), weakened by the departure of Australia, struggled to send a country to the World Cup, except for 2010 with New Zealand . On the other hand, for American Samoa , they have continued to progress. After the 57 goals received in the 2002 campaign, they conceded 34 in 2006, but above all it marked their first goal in history, signed Natia Natia before winning their first success in 2014 against Tonga. 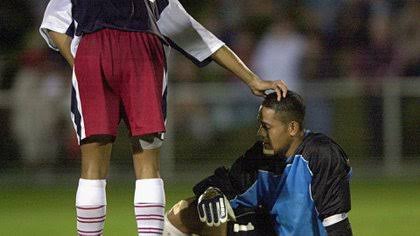