Super Eagles of Nigeria in-form striker Taiwo Awoniyi was exceptional for Union Berlin football club on Sunday evening, as he netted another classic goal in their away draw against Stuttgart football club, to become the 4th top scorer in the German Bundesliga this season. 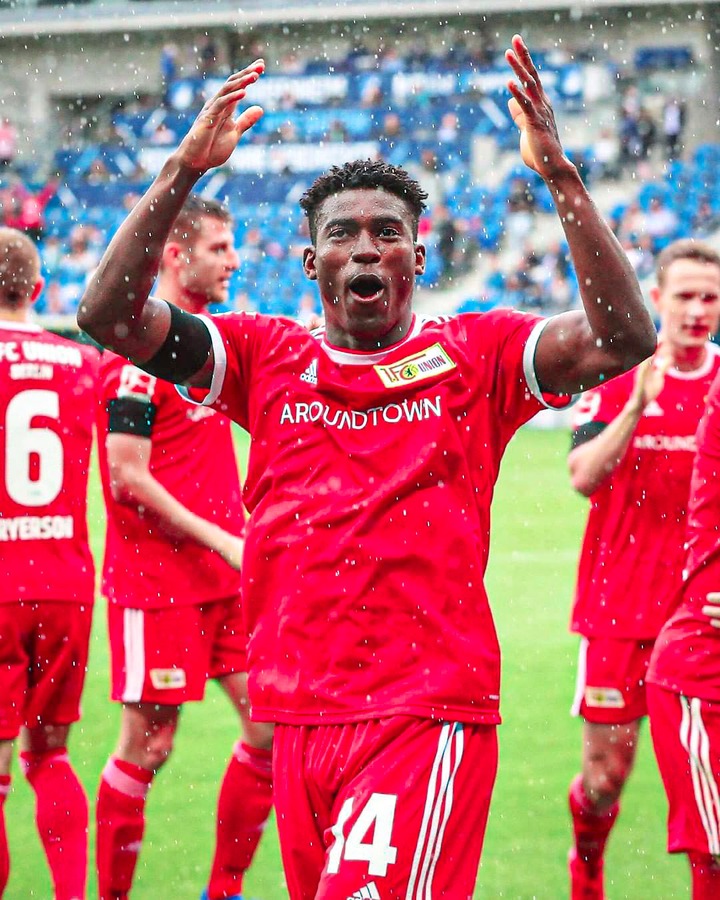 The Nigerian international has been able to score against the likes of Bayer 04 Leverkusen football club, Hoffenheim FC, Borussia Monchengladbach FC, a brace against Mainz 05 FC, a goal against Union Berlin FC before netting another goal against Stuttgart football club on Sunday evening to take his total League goals to 7 in just 9 matches played. 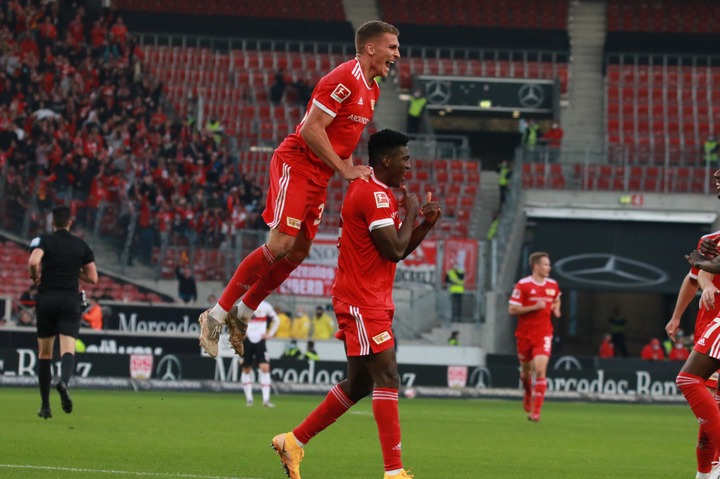 Only three players have been able to score more League goals than Nigerian Taiwo Awoniyi this season in the German Bundesliga, and the three players are; Robert Lewandowski of Bayern Munich FC with 10 goals, followed immediately by Norwegian youngster Erling Braut Haaland of Borussia Dortmund FC with 9 goals and Czech Republic national team star Patrik Schick of Bayer Leverkusen with 8 goals.

Out of the four leading scorers in the German Bundesliga, Taiwo Awoniyi is the only player that is yet to net a penalty because he's not his team's penalty taker. Apart from scoring goals in the League, Taiwo Awoniyi also scored two goals in the UEFA Europa Conference League playoff against KuPs football club of Finland, and he was able to score two goals against Maccabi Haifa FC and Feyenoord FC in the competition.

The Nigerian international will now be looking forward to extending his goal scoring form when they play their next game.