UCL; Four Players Who Could Win This Season's Golden Boot After Dazzling Start To The Campaign

By WriterMedia (self media writer) | 25 days ago

Yesterday,the world witnessed an exciting Tuesday night of Champions League football across the various groups. In group A, Paris Saint Germain stunned Manchester City as Lionel Messi scored his maiden goal for the Parisians,Sheriff FC who were playing UCL football for the first time, defeated Real Madrid 2-1, while Liverpool strolled past FC Porto in a 5-1 encounter. 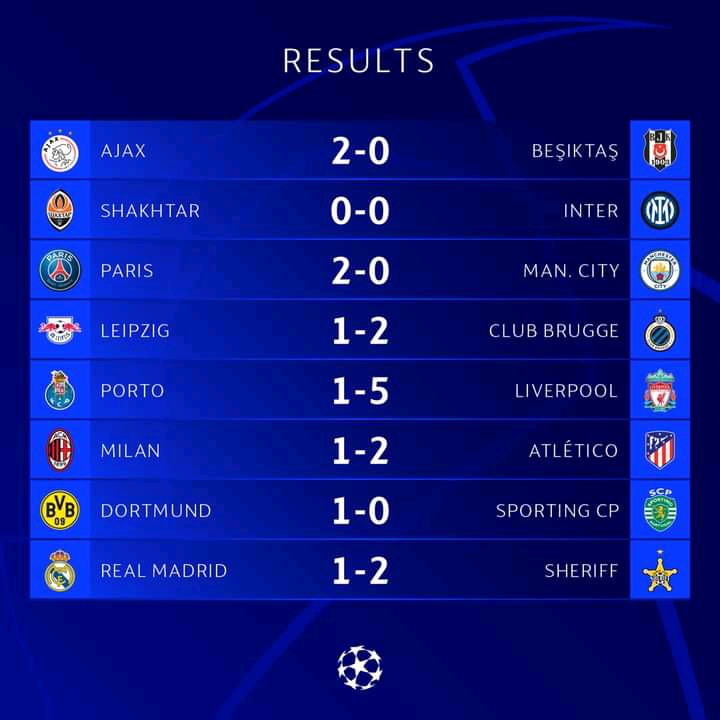 Borussia Dortmund got all three points without Erling Haaland, Atletico Madrid came from behind to beat AC Milan in a 2-1 encounter, Club Brugge beat RB Leipzig 2-1, while Inter Milan and Shakhtar Donetsk drew 0-0. 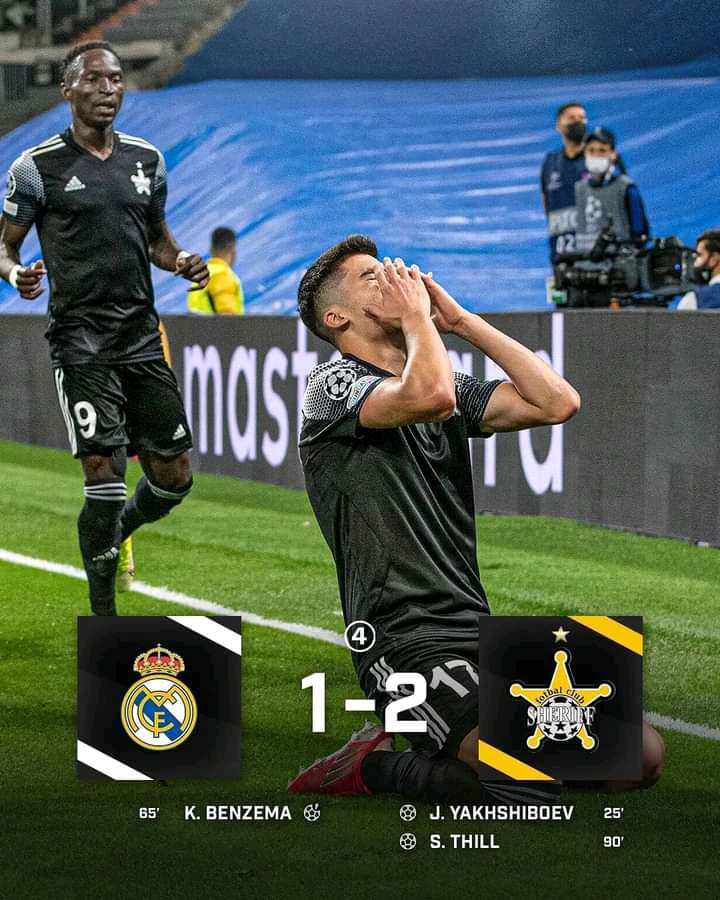 A lot of players were on the score sheet for their respective clubs in yesterday's Champions League games,even as others recorded assists. Top footballers like Lionel Messi and Antoine Griezmann scored their first goals for their new clubs,as both players guided their team to a win. 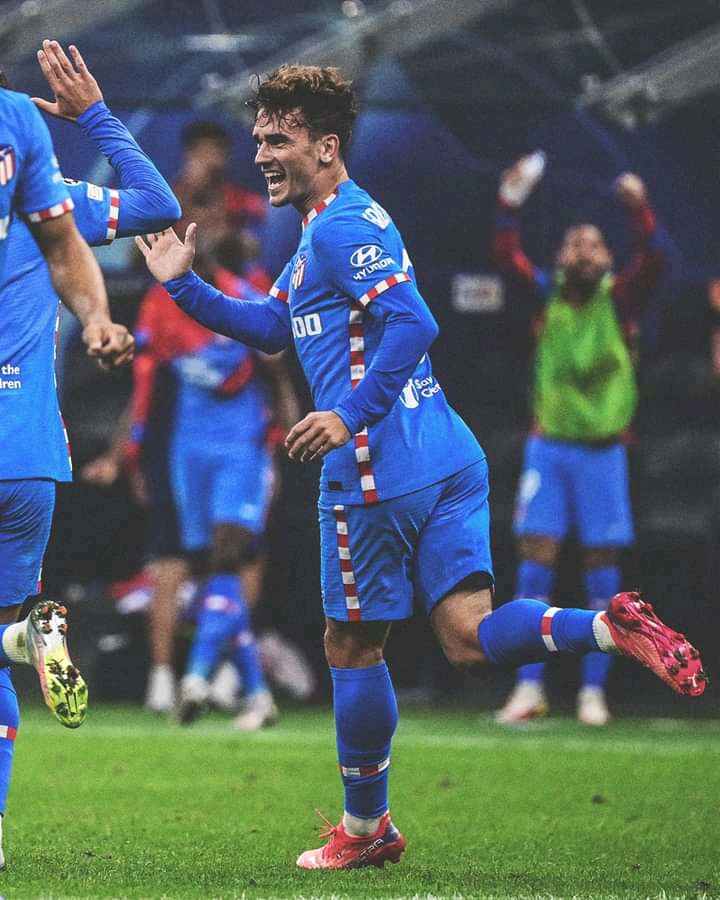 In my opinion,here are five players who could walk away with the 2021/2022 Champions League campaign golden boot after dazzling start to the campaign; 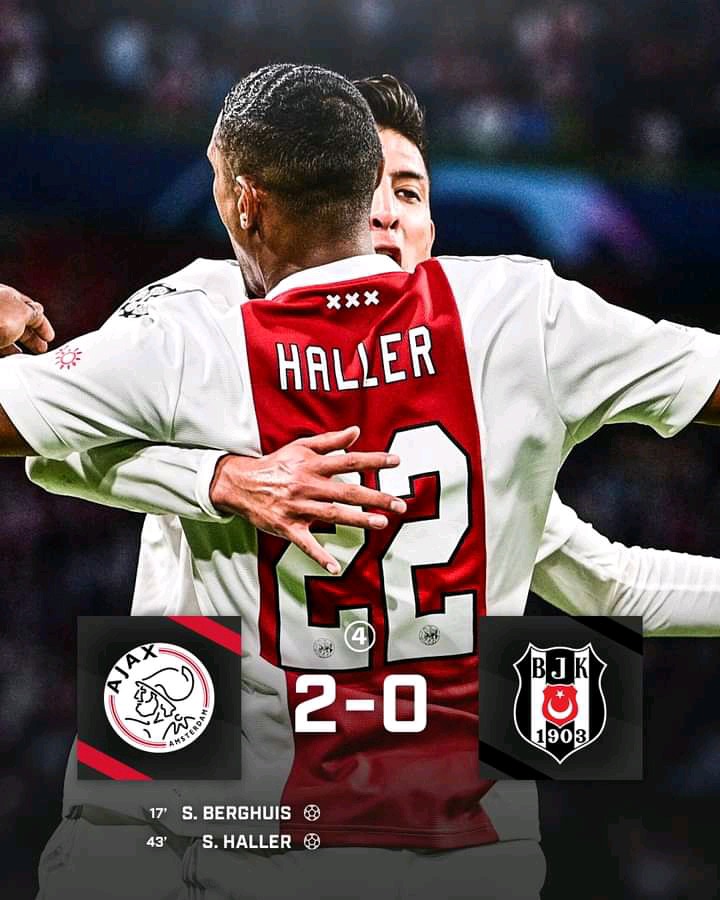 The former West Ham United player was on point last night as FC Ajax beat Besiktas 2-0 comfortably. Sebastain Haller now has five goals in two games in this season's Champions League campaign, despite playing in an average team like Ajax. 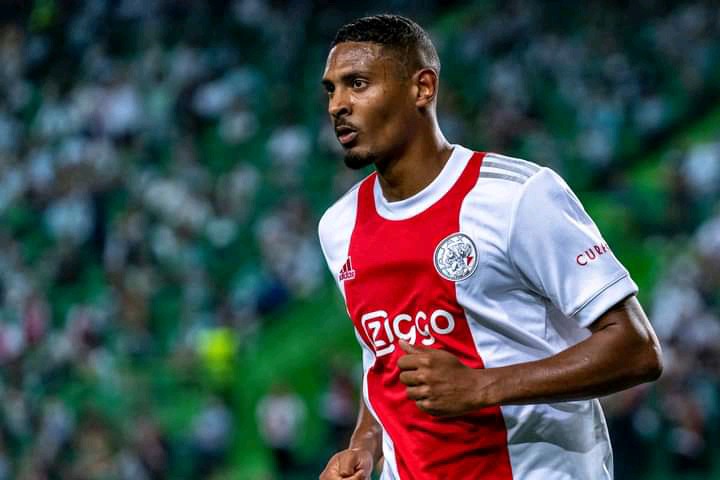 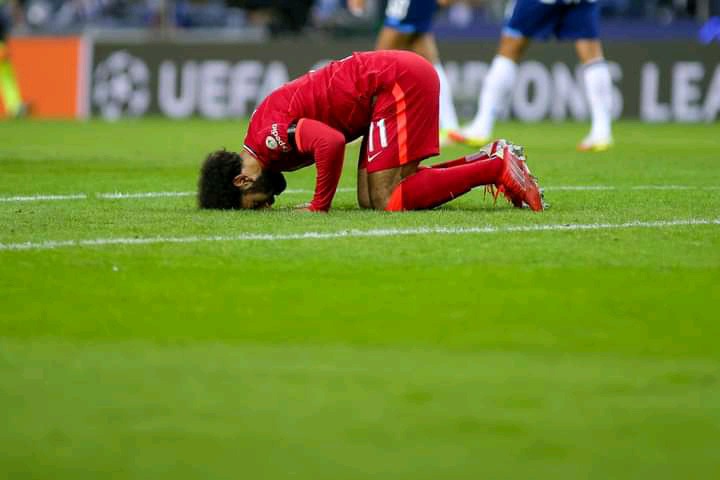 In Liverpool's 5-1 win over FC Porto yesterday,Mohammed Salah scored a brace before being substituted for Roberto Firmino who also went on to register two goals. The Egyptian king now has three Champions League goals in two appearances this season,and looks ready to bring his Premier League form to the Champions League. 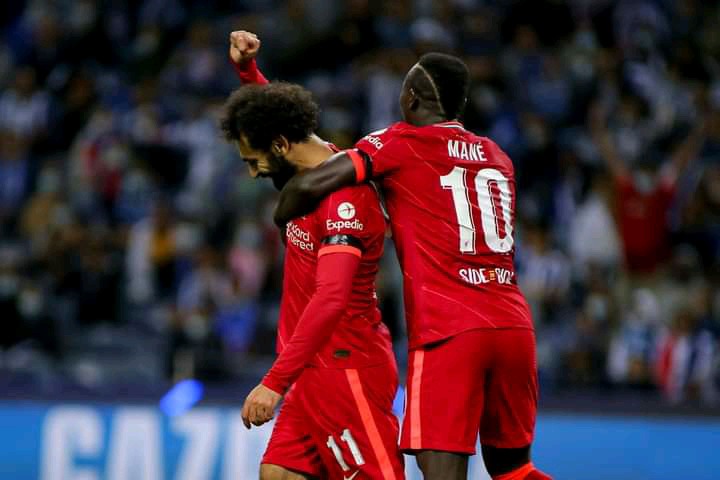 With Liverpool looking very formidable up front,it may take a lot of defensive work from opposition teams to stop him from scoring. If anything is to come by, Mohammed Salah will be one of the very few favourites to win the golden boot in UCL this season. 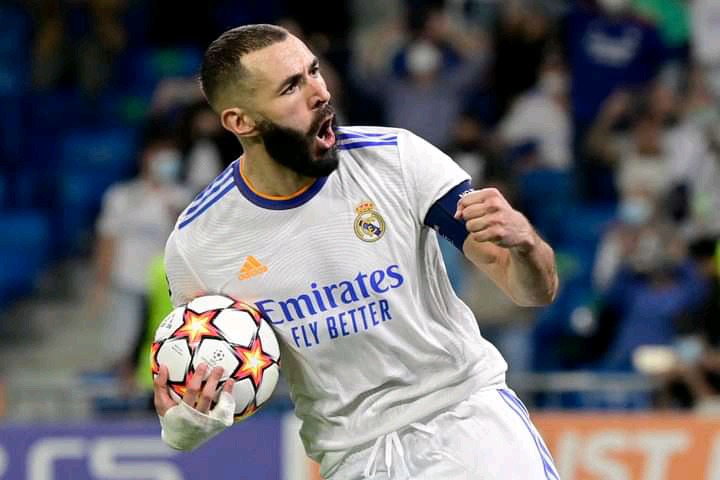 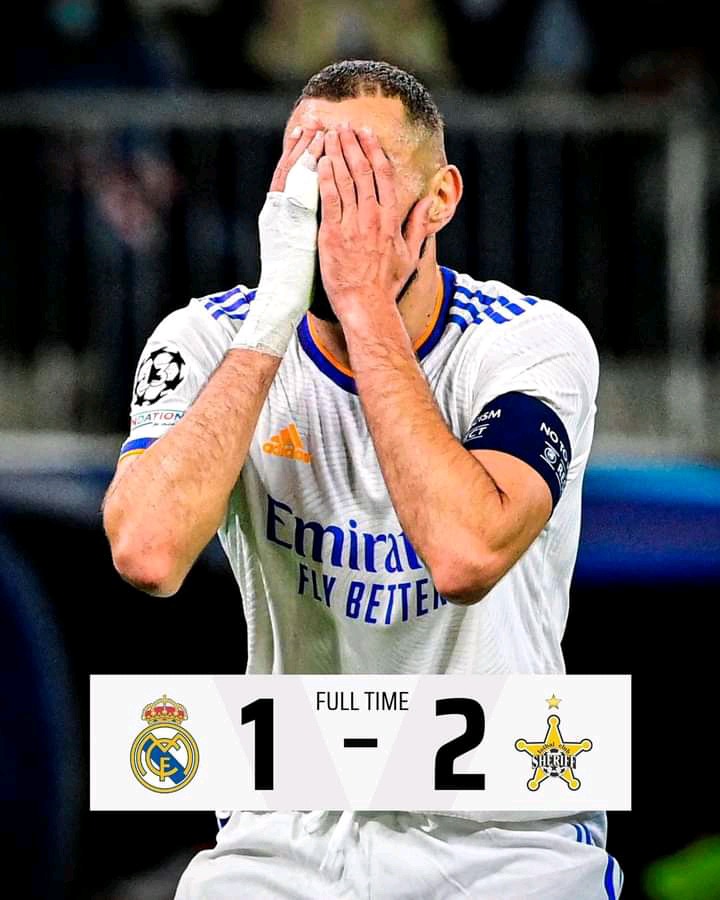 Karim Benzema also made another landmark by becoming the second player to score in 17 consecutive Champions League campaigns with Lionel Messi,a record even Cristiano Ronaldo can't boast off.

If the Frenchman is to replicate his current La Liga form of 8 goals and 7 assists in 6 games in the Champions League this season,he may end up winning the golden boot. 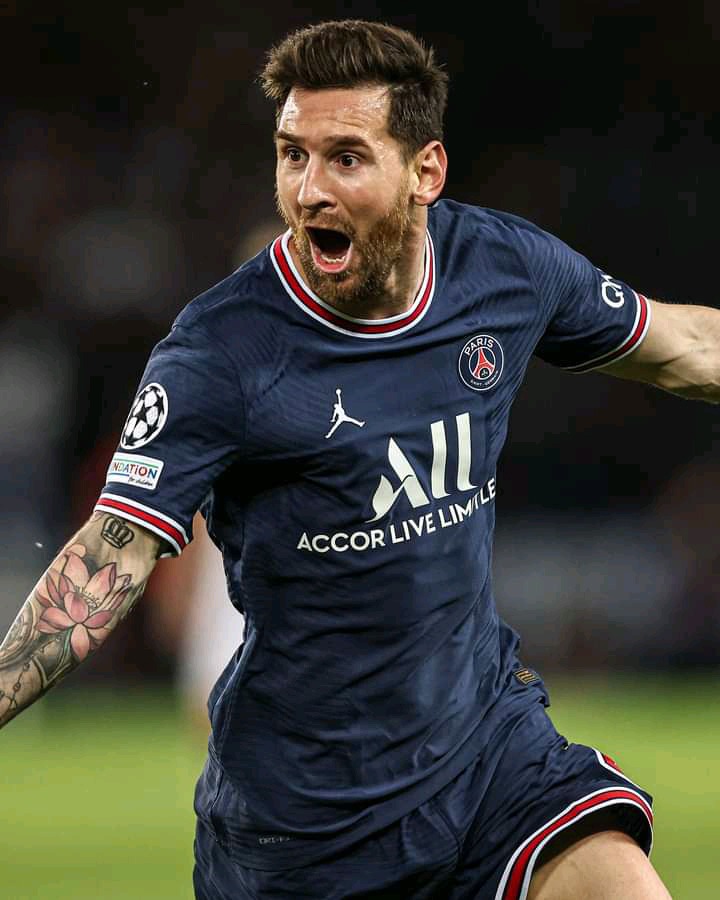 Many football fans were ecstatic yesterday when Lionel Messi scored his maiden goal for PSG. The Argentine star who hitherto had zero goals contribution in his last three games,proved haters wrong by scoring against current Champions of England with a beautiful assist from Kylian Mbappe. 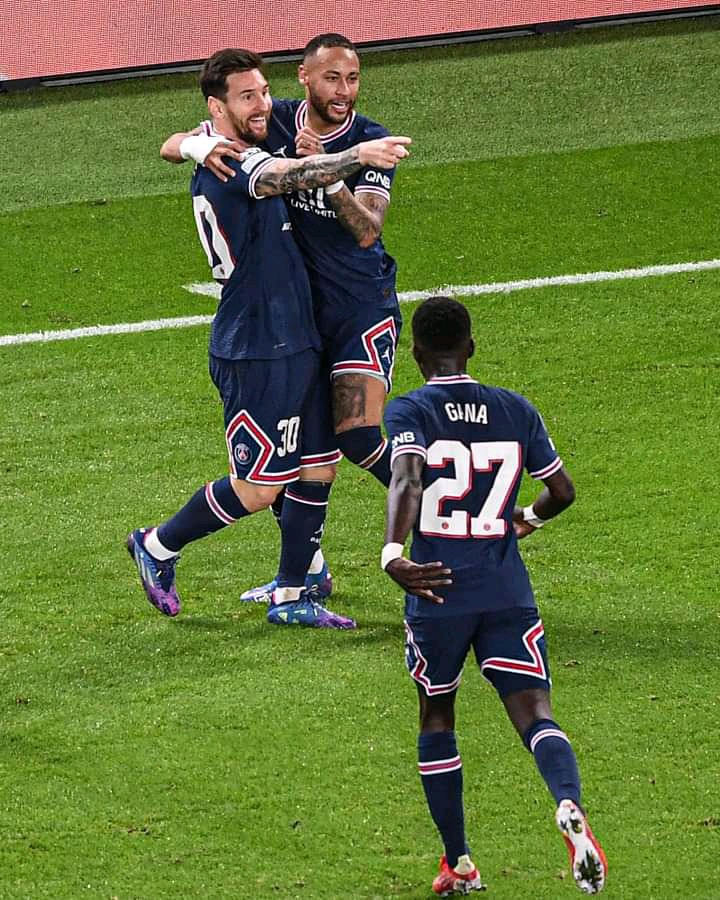 With PSG still a long way to go before they make steps to clinch this season's Champions League trophy, Lionel Messi may have all the time in the world to score UCL goals for fun and win the golden boot, especially now he seemed to have picked up his incredible form against Manchester City. With all these four players currently in form and scoring goals for fun in the Champions League,anyone could win the golden boot.

Which player do you think may win this season's Champions League golden boot? Kindly leave a comment,like and share below.