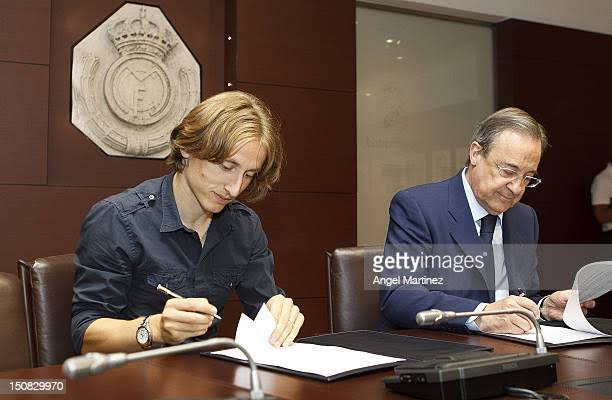 Real Madrid have reportedly come to an agreement with Luka Modric over a new one-year deal.

The Croatian's existing contract at the Bernabeu is due to expire at the end of June, and there has been a host of speculation surrounding his future over the last few months.

The 35-year-old remains an important player for Los Blancos, though, scoring four times and contributing six assists in 40 appearances in all competitions during the 2020-21 campaign.

According to Marca, the two parties have now come to an agreement over a one-year deal, with Modric accepting a salary reduction due to the financial impact of the coronavirus outbreak.

The experienced midfielder has made 383 appearances for Madrid since arriving from Tottenham Hotspur in 2012, scoring 26 times and contributing 61 assists in the process.

The Croatia international has won 16 trophies during his time with Los Blancos, meanwhile, including two La Liga titles and four Champions League crowns. 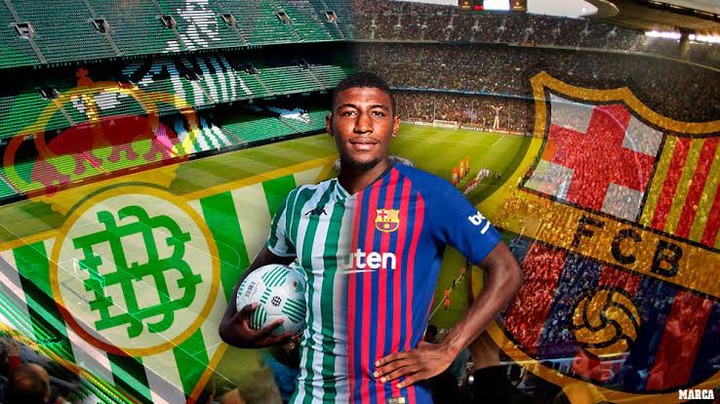 According to a report from Estadio Deportivo (as translated by The Daily Mail), Tottenham Hotspur are one of several clubs interested in signing Barcelona right-back, Emerson.

Reports indicate that Tottenham will be in the market for a new right-back this summer, with doubts raised over the futures of both Matt Doherty and Serge Aurier.

Estadio Deportivo have now backed Spurs to pursue Emerson, who has enjoyed another solid season under his belt for Real Betis.

The report explains that the 22-year-old is partly owned by Betis after they agreed on a joint deal with Barcelona to sign the right-back from Atletico Mineiro for £11.2m in 2019.

The Catalans reportedly own 50 per cent of the player but have the option to purchase another 30 per cent from Betis if they wish.

It is said that Barca are willing to cash in on the Brazilian this summer as they seek to raise funds to pursue their transfer targets.

However, Tottenham could potentially have a major fight on their hands for Emerson, with the likes of Paris Saint-Germain, Inter Milan, AC Milan and Bayer Leverkusen also showing interest in the right-back. 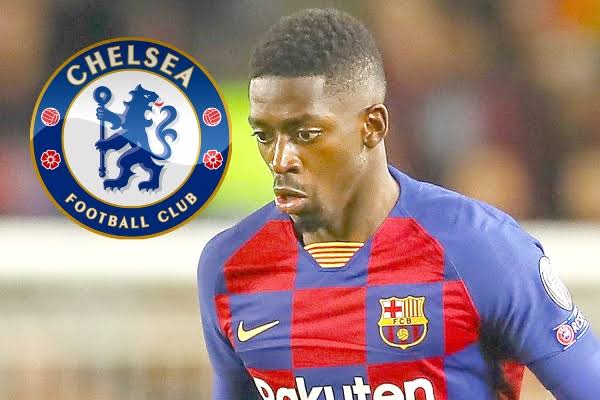 The Blues great spoke to CaughtOffside about Chelsea’s transfer plans, and was asked about a recent report from Sport claiming the west Londoners were one of Dembele’s admirers.

Hudson thinks there are plenty of other talented players who could be ideal for Chelsea instead, and singled out four from the Premier League that he’d like to see at Stamford Bridge.

The former England midfielder felt Tottenham striker Harry Kane should be a priority, but also named the likes of Jack Grealish, James Maddison and Harvey Barnes as alternatives to Dembele in attacking midfield.

“I think Roman and Tuchel should get Harry Kane,” Hudson told CaughtOffside.

“They should threaten to throw him overboard to the sharks unless he joins Chelsea! That’s how good Harry is, and there wouldn’t be any problem settling in from north to west London.

“The problem with the English game is we want to bring overseas players in, but we have great talents on our own doorstep.

“And had Harry Kane been playing yesterday for Chelsea we would not have been biting our nails in the final ten minutes.” 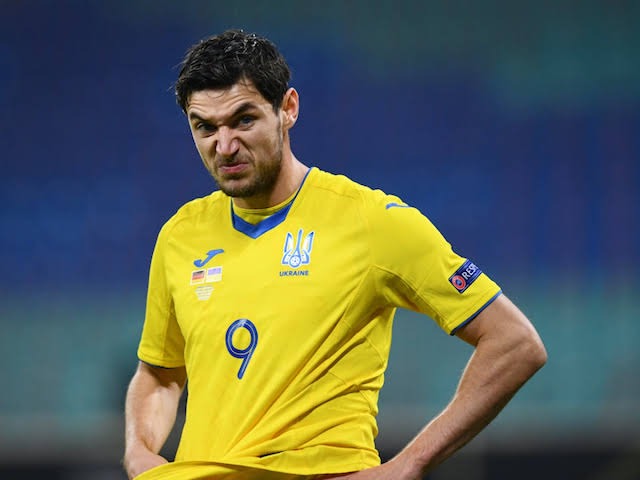 Arsenal are among a number of clubs keeping a close eye on Roman Yaremchuk, who is expected to leave KAA Gent this summer.

According to a recent report from Voetbal Nieuws, KAA Gent are preparing themselves for the sale of Roman Yaremchuk this summer. It appears the forward wants a move away from the club after the end of the season, with the Belgian giants ready to offload him for a fee in the region of €15 million – €20 million.

It has put a number of clubs on red alert, including Arsenal, whose desire to sign a new forward has already been well-documented. However, they could face stiff competition from league rivals Wolverhampton Wanderers while Italian outfit Lazio have also expressed their desire to sign Yaremchuk this summer.

A product of the Dynamo Kyiv youth academy, the forward was poached by Gent back in 2017, for a fee of just €2 million. It turned out to be a bargain as the 25-year-old Ukrainian striker has since made massive strides in professional football, even becoming one of the most sought-after footballers in his country.

Yaremchuk’s tally of ten goals last season went unnoticed because of the hype around his former teammate Jonathan David, who eventually sealed a move to LOSC Lille. However, the 25-year-old has flourished without the Canadian international by his side this season, netting a total of 15 goals in just 27 league matches for Gent.

The striker’s contributions in front of goal have helped his club emerge as the second-best team in Belgium this season, ahead of RSC Anderlecht and Royal Antwerp. It has also seen him attract attention from Arsenal, who are keen on finding a long-term replacement for Alexandre Lacazette as the Frenchman is facing an uncertain future at the club. 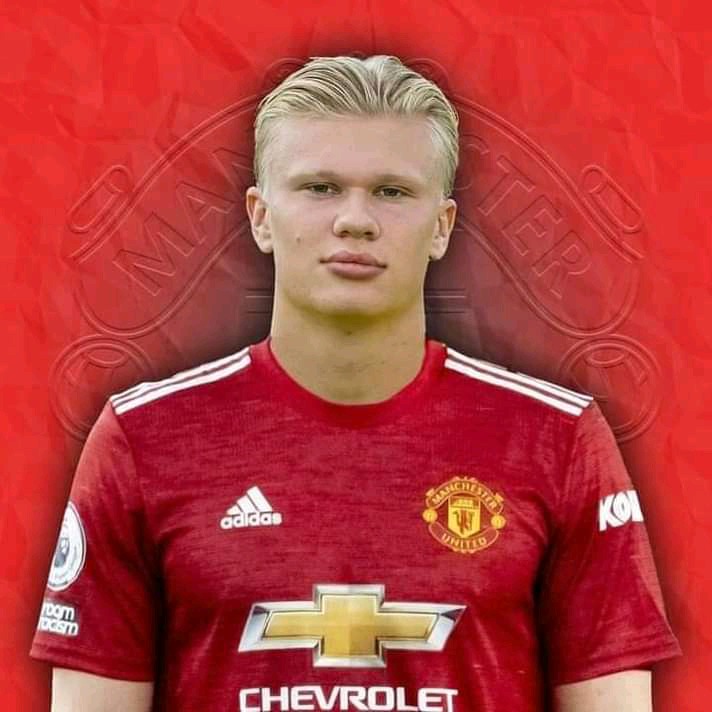 Manchester United boss Ole Gunnar Solskjaer was ‘very close’ with Erling Haaland during their time at Molde, it has been claimed. The Borussia Dortmund striker is his compatriot’s top transfer target for the summer window. But signing him certainly seams a case of earlier said than done.

Manchester United are eager to win the race for Haaland’s signature this summer.

The Borussia Dortmund striker has been in fine form this season, scoring 31 goals in the Bundesliga and Champions League combined.

United want a new hitman amid uncertainty over Edinson Cavani’s long-term future, with the forward continuing to be linked with a move to Boca Juniors.

And, now, it’s emerged that Solskjaer and the Dortmund striker were ‘very close’ at Molde together.

"As a former striker, Solskjaer was in many ways a mentor for Erling, teaching him how to move in the box, how to finish, how to look for weaknesses in the opponents when waiting to come on from the bench.

Jesse Lingard Beat Iheanacho, Others to Win Player of the Month Award