Star-studded Club Brugge held Paris Saint-Germain to a shock 1-1 draw in Group A in Flanders on Wednesday night. 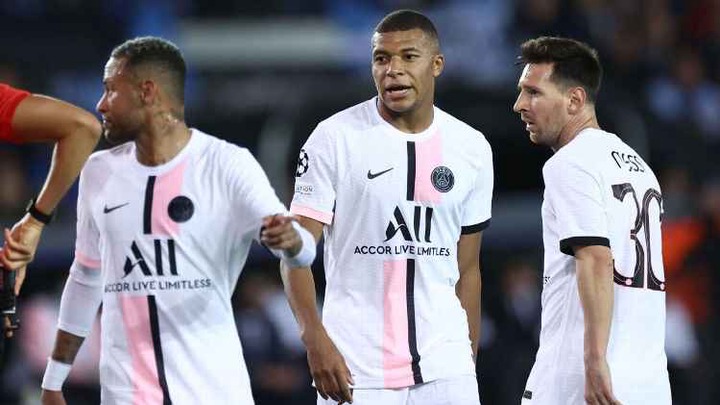 Lionel Messi made his first start for Paris Saint-Germain, starting alongside former Barcelona teammate Neymar and Kylian Mbappe for the first time since coming from the Catalan giants in the summer.

Despite the arrival of a slew of high-profile players in Paris, it was Ander Herrera who put the visitors ahead in the 15th minute, reaching behind him to smash home a left-footed shot after Mbappe picked him out in the center of the penalty area. 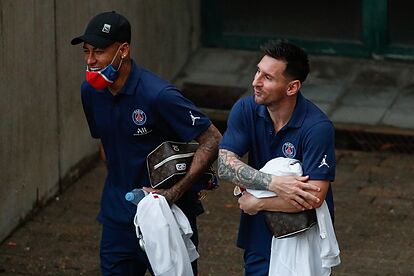 "We didn't play a great game, but we did enough to win, and we deserved to win," Herrera remarked.

"They may have had chances at the start of the second half, but I believe we controlled the game and had a lot of chances."

Before the half-hour mark, Brugge equalized when Hans Vanaken blasted a first-time shot past Keylor Navas from Eduard Sobol's inch-perfect cross into the middle of the box.

As the second half progressed, both teams battled for the equalizer, and Messi had a fantastic chance denied by Simon Mignolet around 70 minutes before being sent off for a challenge on Mats Rits of Brugge.

"I didn't have much work, so I only completed a handful of saves. It was the appropriate strategy for us to play as a compact side "said the Belgian.

Both teams settled for a point apiece, leaving them in second place in the group behind Manchester City, who hammered RB Leipzig on Wednesday.