Six 6 African players who deserved to win the ballon D' or, world best player of year.

By Muhaliyu (self meida writer) | 21 days

Ever since George Weah won the Ballon d’Or in 1995 since then, no African player has been able to win the prestigious award.

Well, below are 6 African Footballers who I believe deserved to have won the Ballon D’or award if Messi and Ronaldo didn’t dominate the football. 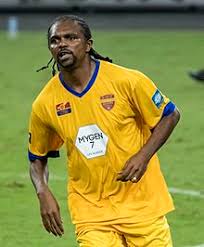 He received 14 votes in the 1996 Ballon d’Or voting, putting him ahead of the 1995 winner Weah, and above the likes of Gabriel Batistuta, Raul and Didier Deschamps.

He could have won the award in 1996 given his achievements with Nigeria and Ajax 1996 where he won the UEFA Champions League were it not for a certain Germany legend called Mathias Sammer. 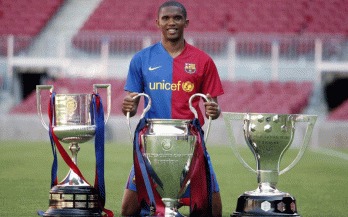 In 2004—the first year in which he picked up points—he received seven votes—and would make the standings every season for the next eight campaigns.

The Cameroonian came mightily close in 2005 when he came third in the FIFA World Player of the awards. He is the most decorated African player of all time, having won the African Player of the Year award a record four times (2003, 2004, 2005 and 2010).

Eto’o won everything in the game save for the World Cup during is time at FC Barcelona and Inter Milan and is the only African to lift the Champions League three times.

Drogba, like his rival Eto’o, also received votes for the first time in 2004, tying with the likes of Frank Lampard and Gianluigi Buffon on five points

Intriguingly, Drogba’s best year was 2007, when he finished fourth behind Kaka, Cristiano Ronaldo, and Lionel Messi, and not his European Cup-winning campaign.

Between 2006 and 2010, he could lay claim to be the best striker in the world but despite his continental wins, he was never considered for the Ballon d’Or. 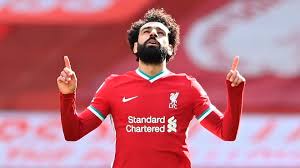 in the 2017/18 season  Mohamed Salah was unleashed to the world in ruthless fashion when he scored an astonishing 44 goals to taking Liverpool to the Champions League final which they lost to Real Madrid.

He won the African Players of the Year Award, PFA Players’ Player of the Year and BBC African Footballer of the Year but fell short on the Ballon d’Or stage where he finished sixth.

The Senegalese winger was by far the best EPL player in 2018/19 when his 26 goals in all competitions led Liverpool to UEFA Champions League and UEFA Super Cup glory as well as runners-up finishes in the EPL and Africa Cup of Nations.

However, Mane did not even make it to the podium as he was fourth after garnering 347 votes and was pipped by eventual winner Lionel Messi (686 votes).

The Algerian played a pivotal part as Leicester City stunned the football world by storming to the EPL title when everyone expected them to be fighting relegation.

How The EPL Table Looks After Leicester Lost 4-2 To Newcastle United Today.

Two General Overseers Who Lost Their Sons Within A Week