By Festus2plus (self media writer) | 2 years ago 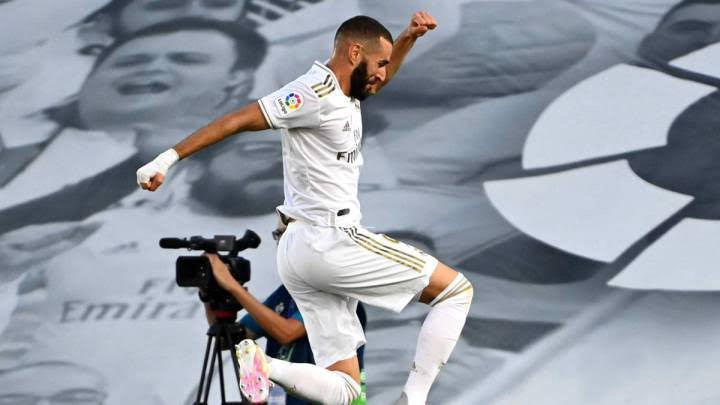 Zinedine Zidane's Men has won the Laliga for the first time since 2017, when the former French Midfielder was in charge in his first stint as the first team Manager. They won the title with a game to Spare.

The Santiago Bernabeu outfit won the League title following their tenth straight league victories over Villarreal on Thursday Night. With Two Goals from Karim Benzema, the Capital Club was able to collect the all important three points to be crowned the new Champions of Spain top flight League.

The Madrid number 9 put the Capital club ahead in the 29th minute after he drilled the ball underneath Asenjo and in the second half, He doubled his tally for the night from the Spot courtesy of a Penalty won by the Captain. Iborra reduced the deficit for the Visitors with Seven minutes to go. Real Madrid held on to claim their first title in three years with Barcelona losing at home to Osasuna who had a Man sent off. That put the icing on the cake for the Real Madrid faithfuls.

The new champion of Spain will be away to Leganes and 2018/19 Champion Barcelona, will also be away to Alaves in the last round of the Laliga on Sunday.

Do you think Real Madrid deserved to win the League Title?

Content created and supplied by: Festus2plus (via Opera News )