Manchester city have made headlines all over the world after the champions league ban was overturned a couple of days ago. The cityzen were hit with two year ban from Europe's most prestigious competitions and a £36 million fine. After breaching financial fair play (FFP) regulations

However, it was revoked and the fine was reduced to figure of £10 million, clearing city to compete in the 2020/21 UCL. 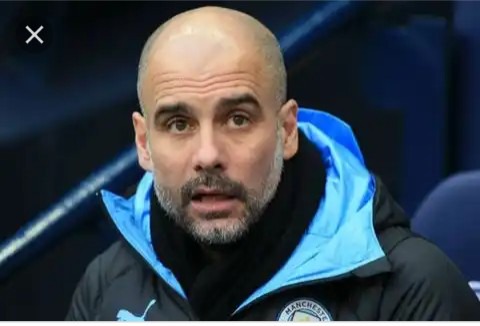 The potential ban led to immense speculation regarding the futures of a member of their players. The likes of Kevin De Bruyne, Raheem Sterling and Rodri reported weighed up moves away from the Etihad. Naturally it also impacted their transfer planning, given that a lot of transfers could be affected by their absence from the champions league. With there participation in the UCL no longer in doubt, here, we'll take a look at players they should target ahead of the 2020/21 season. One of the most exciting attackers plying his trade in laliga, Mikel Oyarzabal could be a superb acquisition for Pep Guardiola. The Real Sociedad winger is an excellent reader of the game and can function as a playmaker in wider areas.

Manchester city would, however, be potentially recruiting a player who is vastly different from recently departed Leroy Sane. The German is one of the quickest footballers in Europe and has outpaced most players he has faced.

The Spaniard on the other hand, is an expert in picking the right pass in the final third and could provide Guardiola with a different profile in attack. Oyarzabal's decision-making is commendable for his age, and to go with this, he is a sharp finisher. His interplay ability to pick apart defence with passes could back well with the likes of Kevin De Bruyne and the rest of city's midfield. Bayern Munich's utility man David Alaba has been linked with a move to Manchester city for some time now. The Austrian international has been with the Bavarians for over a decade now and could be on the lookout for a new challenge.

City under Guardiola have displayed great versatility on the pitch, with players being tasked with playing roles and positions. Alaba could fit in right into the mix and brings experience in this regard. He has played in both left and central defence in his career at Bayern and has even turned up in midfield.

He has played as a deep-lying midfielder in no less than 40 games in his career, and has spoken of his desire to play in the middle as well. City's issues at the center back have been evident, and Alaba could help Aymeric Laporte in that area of the pitch. The cityzens have also had troubles at the left back which could be seamlessly solved by Alana's arrival. Another one of Spain's most anticipated talents, Ferran Torres is the crown Jewel of Valencia's famed academy. The 20 year old stole the spotlight from Carlos Soler as the best young Los Che talent with his sublime ability on the pitch.

Torres predominantly operating as a right-side midfielder, has shown a combination of exceptional abilities, one of the things that separates the 20 year old Spaniard from his peers is his absolutely phenomenal ability to create chances from wide areas.

Torres could fit in well amongst city's stellar group of talented individuals. He could improve to become devastatingly good footballer given his high ceiling. Los Che's crown Jewel could help provide a real cutting edge in the final third with lesser defensive responsibilities. Manchester city have reportedly commenced a bidding war with London giants Chelsea for the services of Ben chilwell. The Englis international made headlines in the past with several clubs attempting to sign even before he became a first team regular.

However, Leicester city held onto their prized asset and are now bearing the fruit of their faith and trust in him. Chilwell has had an impressive campaign on the left hand side of the Foxes' defence. He played a crucial role in Leicester's flying start to the campaign, and they struggled remarkably during his absence.

Chilwell has most traits that are looked for in modern full-backs. Things being said, he certainly has the tools to maraud city's left flank for years to come considering Benjamin Mendy inconsistency. The cityzens' Astonishing expenditure on defensive signings has been well documented,and is already past the £300 million mark. However, there is no player that Manchester city need more than Napoli's towering leader in defense.

The Senegalese has proved himself as one of the most dominant defenders in the world with his bright displays in the UCL and serie A. Koulibaly's intelligence and anticipation on the pitch helps him be in the right place at the right time to shut out a building attack. He's calm presence on the ball, and there could not have been a more suitable player to partner Laporte. The 29 year old's leadership qualities could have a significant impact on the city defence, given the lack of it in their squad since Vincent Kompany left.

A Laporte-Koulibaly base at the heart of cityzen's defense could be terrifying proposition for their league rivals.