By BESTWORLD (self media writer) | 10 months ago

Right from yesterday since the match between Arsenal football club and Liverpool ended in favour of Liverpool who are one of the top club in England, many people have actually taken this to another level of insult to arsenal fans by using it to make a joke online or by indirectly shading them.

However, one of the Liverpool's fans has asked the arsenal fans if they were really expecting their team to win a match between them and the top England giant, Liverpool. And in that, the Barcelona female player, Asisat Oshoala replied the guy and said "guy stopeeeet" and ended it with a laughter emoji which really mean that she is also indirectly part of those mocking the arsenal fans for not even getting any single goal in the match talk of winning the match.

Well, even though every fans will be eagerly expecting his or her club to win any match between their club and other clubs, but it is quite normal to know that Liverpool is actually a giant club who doesn't go with mercy in terms of scoring goal as their players has been programmed in that way.

Well, check out the reply Asisat gave the guy below. 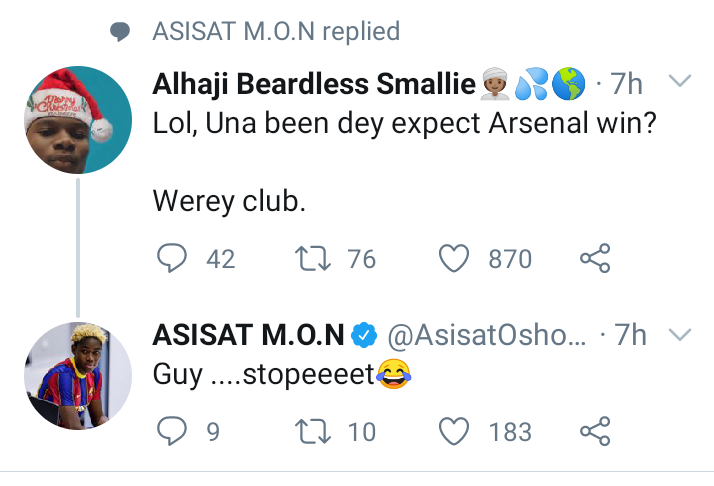 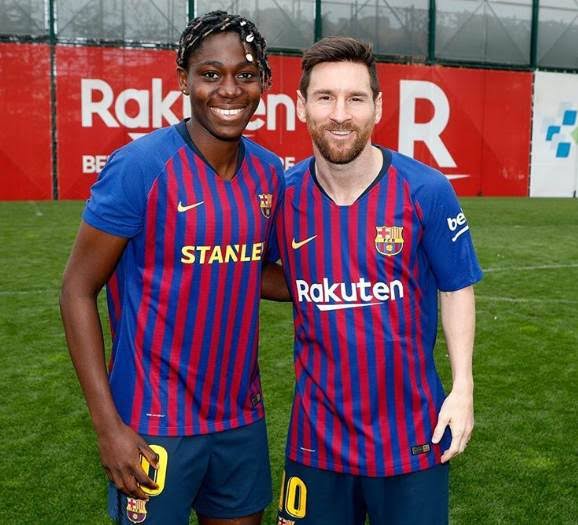