Arsenal vs Manchester City; Can the Gunners Gun down City's Armies in the FA Cup Semi-final? 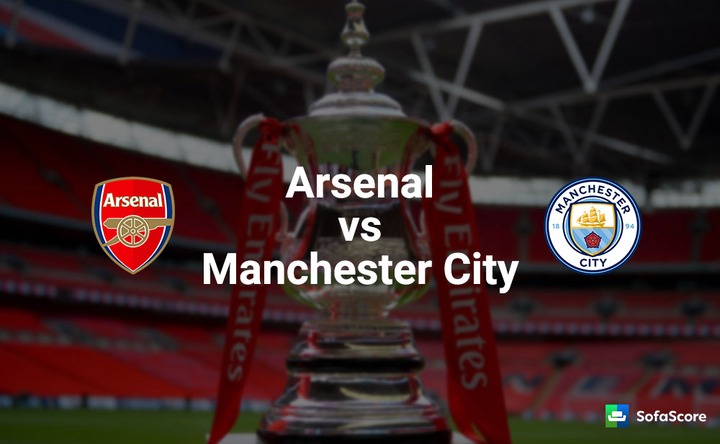 The FA Cup Semi-final match between Arsenal and Manchester City is set to be played at Wembley Stadium on 18th of July. In the Quarter Final, Arsenal defeated Sheffield United by 2-1, while Manchester City eased past Newcastle United by 2-0.

Pep Guardiola will face his former apprentice Mike Arteta when the Gunners takes on City in the first match of the FA Cup semi-final on Saturday. Meanwhile, Manchester United will lock horns with Chelsea on Sunday at 18:00. The Blues are yet to record a victory against the Man United team this season. Base on recent meetings, Arsenal have lost their last 7 encounter against Man City. Arsenal have a record of 13 FA Cups to their name, the highest in the competition while City have just 6.

The last time the two sides met in the competition was in 2017 FA Cup semi-final, when Arsenal won by 2-1. The Match is Scheduled to be played at Wembley, Saturday July 18, 7:45pm local time.

Will Manchester City defeat Arsenal once again? Or will there be another repeat of 2017 FA Cup Semi-final?

Who are you backing to go all the way to the final on August 1? Let us know using the comment section below.