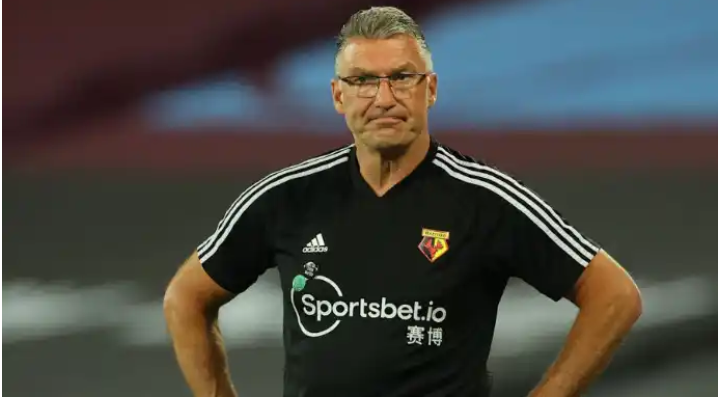 On Sunday, Watford confirmed reports of Pearson's firing. Hayden Mullins will become the interim head coach. Pearson took over at Vicarage Road when Watford were bottom of the Premier League. The Hornets are now 17th and would be safe if the season ended now.

Watford sack manager Nigel Pearson with two games remaining following disagreement with Gino Pozzo. Pearson fired at training ground yesterday . Players told at a 2pm meeting but saw Pearson leaving as they arrived to give the game away.

Pearson has taken Watford from 20th and bottom to 17th, outside the relegation zone

Pearson took over from Quique Sanchez Flores in December, who succeeded Javi Gracia in September 2019.