Apparently, the Jurgen Klopp's side are planning vigorously ahead of the 2022-2023 campaign, as they don't want to settle for second best in Europe's top-5 leagues. Of course, Liverpool are kind of unstoppable this season, having been in 2nd place in the league table. Still, they are preparing ahead of next season, so as to keep dazzling impressively. As a result, there's a particular way the Reds could lineup with Ousmane Dembélé, Jude Bellingham, Aurélien Tchouaméni and João Félix next campaign, as they are planning to bring them to Anfield next summer's transfer window. Actually, Liverpool only signed one player (Ibrahima Konate) last summer. However, they are preparing to equip their squad in all positions next year.

In all fairness, Jurgen Klopp is indeed a brilliant and tactical manager, so he's able to bring out the best in the players. With that being said, Liverpool would be able to go far in all competitions in 2022-2023, as regards their style of play so far. Although, signing the players in the summer won't be easy for the Reds, but the German coach could use them in line with the formation below. 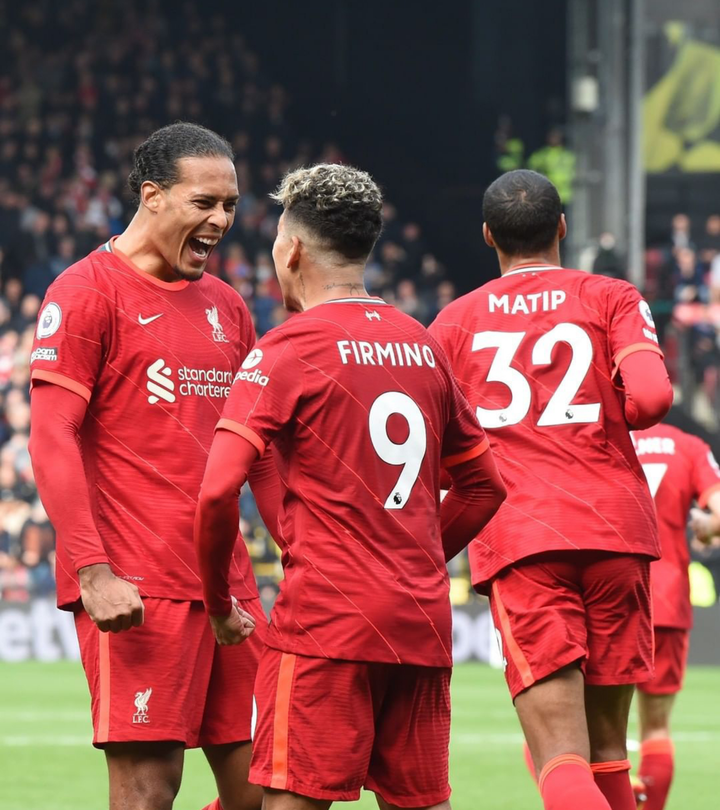 Frankly, Alisson Becker continues as the No.1 goalie next season, because Liverpool aren't linked with any new goalkeeper at the moment. As a result, the Brazilian will marry the goalpost, as he's able to keep many clean sheets and take the Reds far in all competitions. Alisson has 4 clean sheets in 7 Premier League fixtures this season, which means he's open for improvement next campaign to upgrade Liverpool's performance. The defensive line goes with the one the Jurgen Klopp's men are using this season, as the German gaffer is enamored of using the 4-3-3 formation. Therefore, Andy Robertson plays as LB, Trent Alexander-Arnold as RB, while Van Dijk and Ibrahima Konate play as centre-backs. Of course, Liverpool are very balanced and composed at the back this season, which means they don't need a new signing at the back. Potentially, these four defenders are able to dazzle outstandingly, because they are endowed with skills in both attack and defense. Frankly, the Jurgen Klopp's side are planning to reinforce their midfield in 2022-2023. As a result, Aurélien Tchouaméni dazzles as an attacking midfielder, while Jude Bellingham and Curtis Jones play as double No.8. According to several reports, Liverpool are linked with the Frenchman and the English youngster to boost their midfield. Of course, all the three midfielders are young players, and they are making waves in Europe's top-5 leagues. Having said that, the Reds will compete with their major rivals in the world of football. Tchouaméni is an amazing midfielder, as regards his performance at Monaco last season. So, he will focus on controlling the midfield defensively, while Bellingham and Jones play as box-to-box midfielders. Obviously, Roberto Firmino and Sadio Mane may not be at Anfield next summer, as they have been linked with many clubs. Thus, Liverpool are planning to take their frontline to the next level, to be able to compete with the likes of Chelsea, PSG, Manchester City and the rest. As a result, Ousmane Dembélé attacks from the left-wing, Mohamed Salah from the right-wing and João Félix as the central-forward. Without being sarcastic, this frontline is able to dominate Europe's top-5 leagues, and they may win the Premier League title next season. As regards the Egyptian wizard on display this season, he would be able to bag many goals with the Frenchman and Portuguese alongside him up-front. Can Liverpool win the UEFA Champions League next season with this lineup?