After enduring many difficult years at Chelsea, Kepa Arrizabalaga has been receiving praises from many Chelsea fans and viewers. The 26-year-old goalkeeper made the difference as Chelsea beat Aston Villa on penalties to progress to the next round of the Carabao Cup. Note that the Young's penalty struck the crossbar, but the Spanish goalkeeper saved Marvelous Nakamba's penalty, and this was decisive. The penalty shootout eventually ended 4-3 in favor of Chelsea. 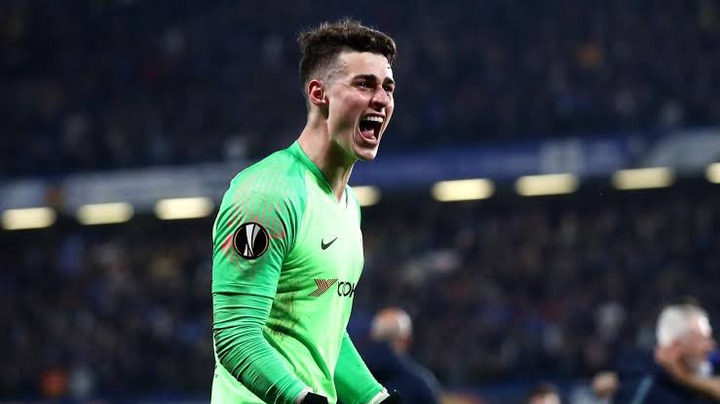 However, this article will be focusing on four times Kepa Arrizabalaga has come to the rescue of Chelsea during a penalty shootout. Also, note that Kepa has shown that he's truly good when it comes to penalty kicks. Take a look! 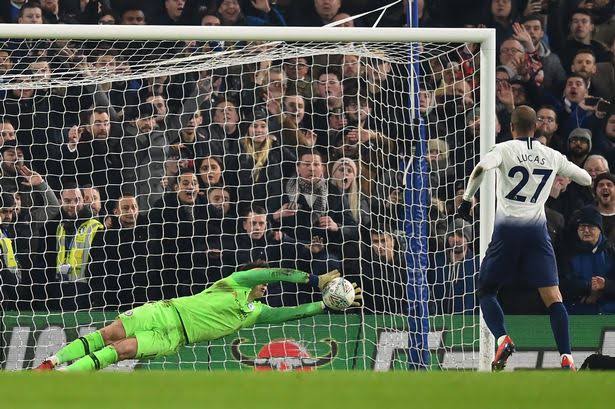 In 2019, Chelsea beat Tottenham Hotspur in the second leg of the Carabao Cup semi-final on penalties, and Kepa Arrizabalaga played an important role. Note that the Spanish goalkeeper saved Lucas Moura's penalty. Note that the game ended 4-2 on penalties.

2. Against Frankfurt in the Europa League Semi-Final (2019). 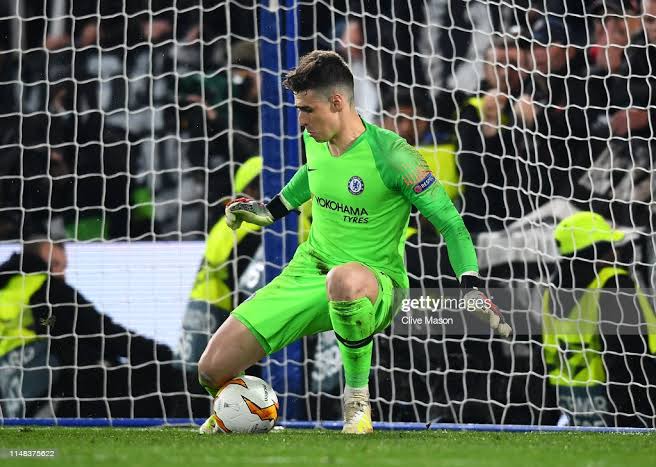 Photo: Kepa saves a penalty against Frankfurt with his leg || Getty Images

In 2019, the Spanish goalkeeper was also the difference in the Europa League semi-final second leg fixture between Chelsea and Frankfurt. Kepa saved two consecutive penalties to give Chelsea a chance of progressing. Furthermore, note that Hazard eventually scored the winner. The beautiful part of the competition was that Chelsea eventually beat arsenal 4-1 to win the final. 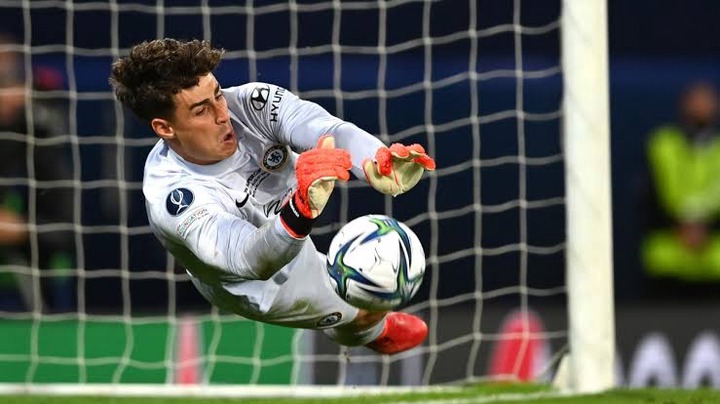 Photo: Kepa VS Villarreal || The Times

Many weeks ago, Kepa also decided the outcome of the UEFA Super Cup final after he saved Albiol and Mandi's penalty to save the day for Chelsea. Note that Thomas Tuchel made a tactical decision to Mendy with Kepa because he knows Kepa's abilities. 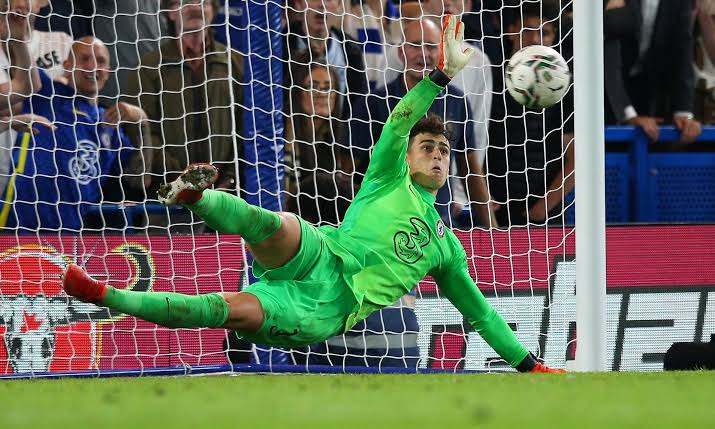 As stated above, after Ashley young missed his penalty kick, Kepa saved Nakamba's penalty, and this gave Chelsea a chance of qualifying. After Kepa made this strong save, Chelsea eventually won the game by 4-3 on penalties.

In conclusion, note that Kepa Arrizabalaga has made 7 penalty saves during his Chelsea career. What do you think about this post? How good is Kepa during penalty shootouts? Share your thoughts below