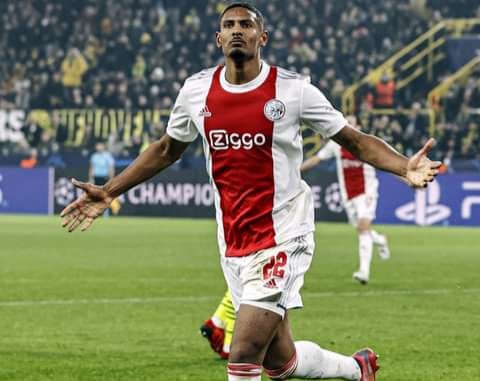 Ivorian international and former West Ham United forward, Sebastien Haller was in action on Wednesday night for Ajax in their 4th game of the UEFA champions league Group C ties against Borussia Dortmund at the Signal Iduna Park.

The forward maestro retained his spot in his team's starting XI following his outstanding performance for the club in their previous game and he was able to impress. 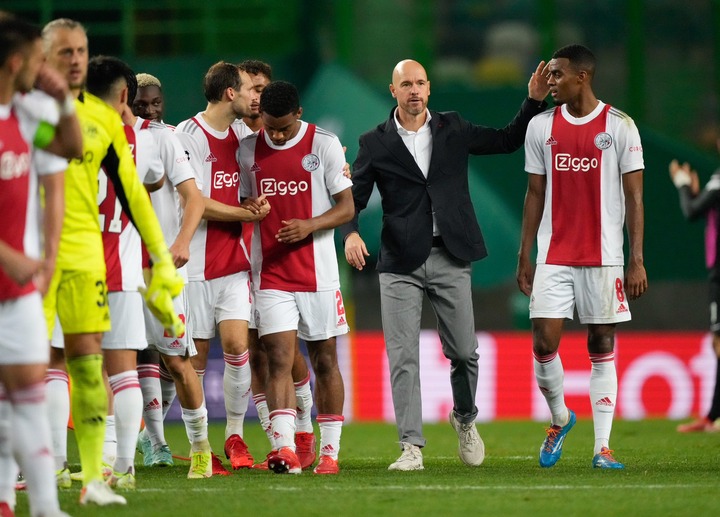 He was yet again at top notch for the Netherlands Eredivisie Champions as he scored a goal which was instrumental in there comeback victory that placed them at the top of the table and also booked a spot for them in the last 16 of the competition.

The host took the lead in the first half courtesy of a goal from Marco Reus who put his side ahead via penalty as he put the ball away from the spot to make it one nil which was the only goal that separated the two sides at half time.

The tempo of the game got more intensed in the second half as the visitor stepped up their game and as such got levelled with a goal from Dusan Tadic to make it 1-1, before Sebastien Haller gave the Erik ten Hag's side the lead to make it two goals to one. 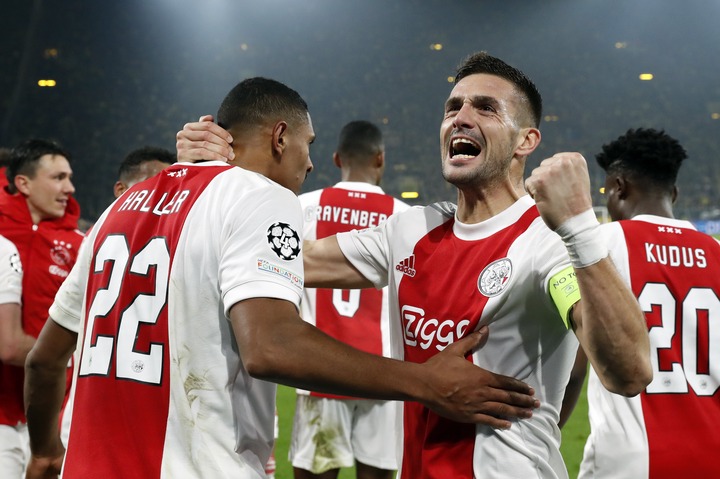 The visitor after some fine displays were able to extend their lead in the late minute to the end of the game as Davy Klaassen made it three goals to one at full time.

Sebastien Haller with his only goal of the night is now only the fifth player in the Champions League history to score in each of his first four appearances in the competition, after Ze Carlos (1993), Alessandro Del Piero (1995), Diego Costa (2014) and Erling Braut Haaland (2019).

The first four games of the Ivorian international UCL career:

Sebastien Haller with his goal has now taken his tally to seven goals which was the second highest so far in the competition after Robert Lewandowski who has eight. 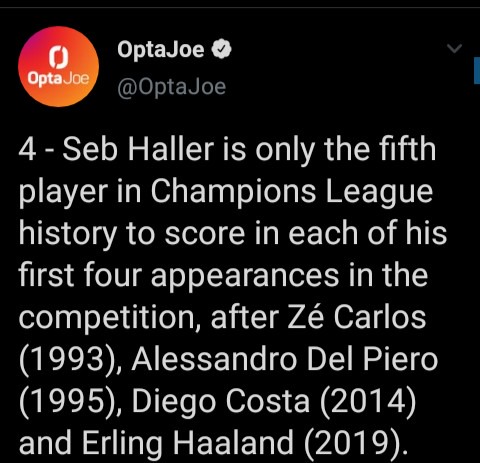 Ajax having qualified for the next round will now be hoping to keep the winning streaks going so as to continue their pursuit in the competition, and Sebastien Haller also will be looking forward to continuing his goal scoring form to keep helping the team.