Cristiano Ronaldo writes himself into the history books once again Cristiano Ronaldo has written himself into the history books once again, after the Juventus striker became the first player in history, to score 50+ goals in the Premier League, La Liga and Serie A. 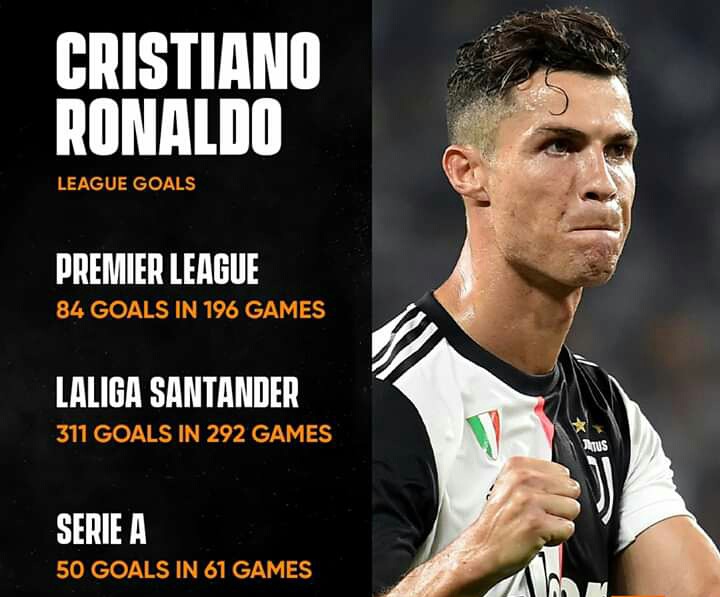 During his six years spell at Manchester United, Ronaldo clocked up an impressive number of goals, with 84 goals in 196 games. In 2009, Christiano Ronaldo joined his dream club, Real Madrid. He was the subject of the then-most expensive association football transfer when signed. Ronaldo helped Los Blancos to eight major honours during his spell with the LaLiga giants. The Portuguese player clocked up an impressive number of goals, with 311 goals in 292 games for Madrid, before moving to Juventus in 2019.

Ronaldo joined Juventus ahead of the 2018-19 campaign following the better part of a decade with Real Madrid. Ronaldo has once again, written himself into the history books.

Ronaldo two goals victory over Lazio, saw him clock up a 50 goals in his 61 games, for the Italian side. At both clubs, he has recorded 50 goals, which is the only player to reach that feet, with three different clubs. He has shown that his prowess remains impressively intact even as he approaches the twilight of his career.