Which football club has the best jersey number 7, 9 and 10 playing for them this season?

By Eazy_updates (self media writer) | 1 year ago

The most loved aspect of football, or the beautiful game as most of the sport's fans prefer to call it, is the competitiveness of the game. That struggle to outperform others and be the best is what drives the best players and brings so much passion to the game. It is in this regard that I have decided to compare some of the best players in the world of football, who wear some of the most iconic squad numbers in the history of the game. The numbers 7, 9 and 10 have been worn by some of the greatest players ever to have graced the football pitch such as Pele, Ronaldo De Lima, Rivaldo, Ronaldinho, Eto'o, Beckham, Cantona, George Best and in recent times, Ronaldo, Messi, Zlatan and Lewandowski, to name a few. 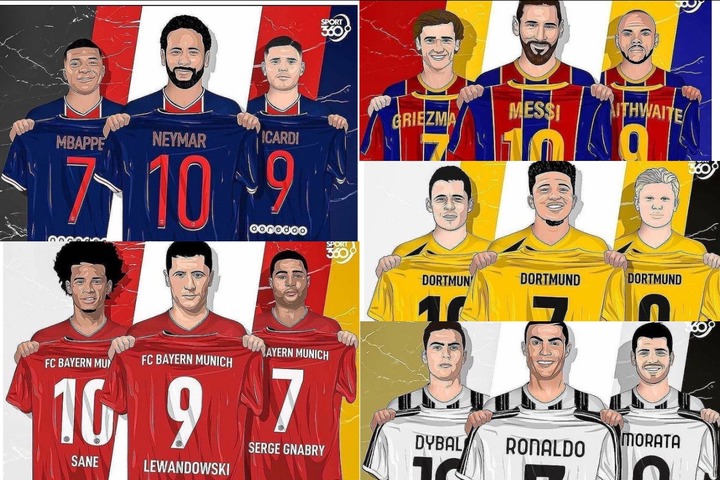 Without further waste of time, let's see which football team's present numbers 7, 9 and 10 are currently having the best season in comparison to the other bearers of the iconic numbers from other top teams.

First on the list is FC Barcelona. With the mercurial Lionel Messi part of this trio, it would be impossible to overlook Barca's trio. Messi wears 10 for Barca and currently leads the la Liga goal charts for the season with 28 goals, while also providing a further 9 assists. Frenchman, Antoine Griezmann wears the number 7 for Barca is has had an impressive season so far, notching 12 league goals for Barca alongside 7 assists. The number 9, however, is Martin Braithwaite who seems to have crumbled under the pressure of wearing Luis Suarez's old shirt. He has underwhelmed this season. 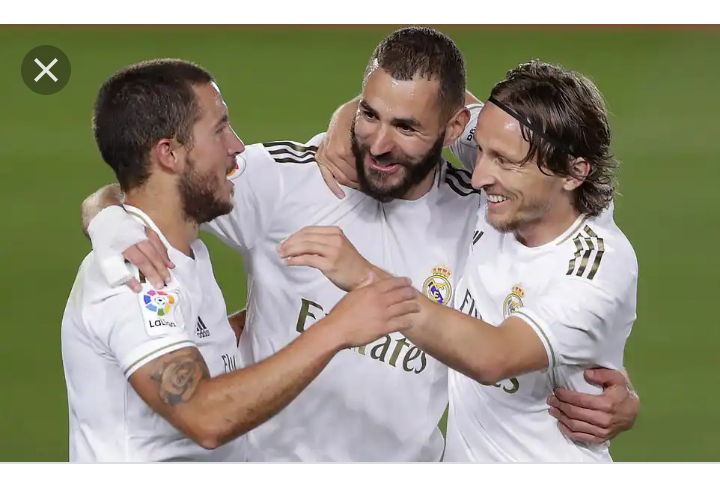 Real Madrid boast a trio that could rival the best in the world, on paper, but Eden Hazard's constant injury problems mean they are certainly not the best in this group this season. Modric who wears number 10 at real is still a great player but with age gradually catching up with him, he is not his former self. The case is completely different with Karim Benzema however, as Real Madrid's number 9 continues to perform and release being Madrid's main man in attack following Cristiano Ronaldo's exit some years ago. With 21 league goals and 8 assists, Benzema boasts stats that can compare with the best number 9s in world football presently. 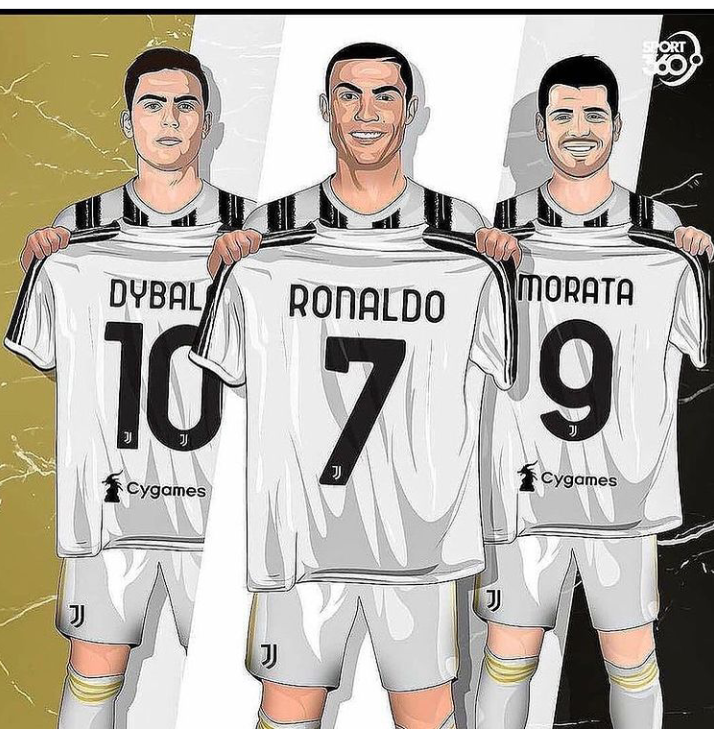 While Morata and Dybala are fine players, Juve's trio only make this list because of Ronaldo's commendable form. With 27 goals and 2 assists, the 36 year old is still one of the best, if not the best number 7 out there. Morata boasts a respectable 9 goals and 9 assists in the league this season but Dybala has not had a great season. On paper, this is one of the most exciting trios on this list, the tricky Neymar wears 10, the speedy Mbappe dons 7 and the predatory Icardi wears number 9 for Paris Saint Germain. While this should've been unstoppable by opposition defenders, Neymar's injury problems have been well documented this season and mean that he has not been able to play regularly, while Icardi has performed although he has also spent time on the treatment table. The story changes completely, however, with the sensational Kylian Mbappe having another excellent season in front of goal, leading the french division in terms of goals scored with 25 efforts plus a respectable 7 assists to his name. 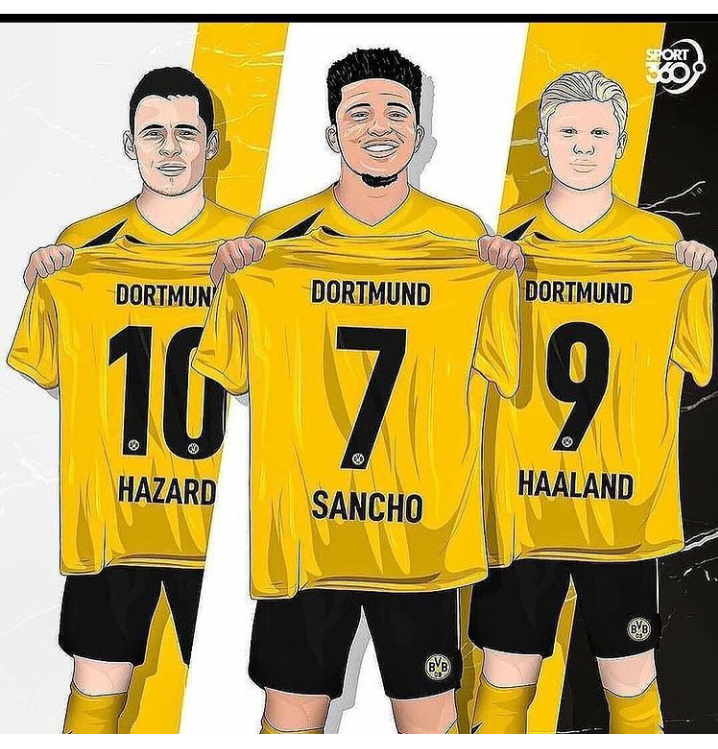 As is always the case with Borussia Dortmund, this trio is a young and exciting one. Erling Braut Haaland has made himself a household name and proven that he is no one season wonder with his 25 goals bettered only by the evergreen Robert Lewandowski in the German bundesliga. Jadon Sancho's season started slowly as he dealt with the disappointment of seeing his move to Manchester United fall through. Things have since looked up for the English youngster now and he has 6 goals and nine assists to his name in the bundesliga this season. Hazard however, has not hit the same heights as his aforementioned teammates this season Bayern Munich have a trio that I would say has genuinely been one of the best this season, mostly due to the form of Lewandowski though. Leroy Sane, their number 10, has only scored 4 times in the league but has 9 assists to his name, Gnabry who wears number 7 currently has a solitary goal alongside 9 assists. Lewandowski however, boasts 36 league goals and 6 assists, insane numbers that have given Bayern Munich yet another bundesliga title. 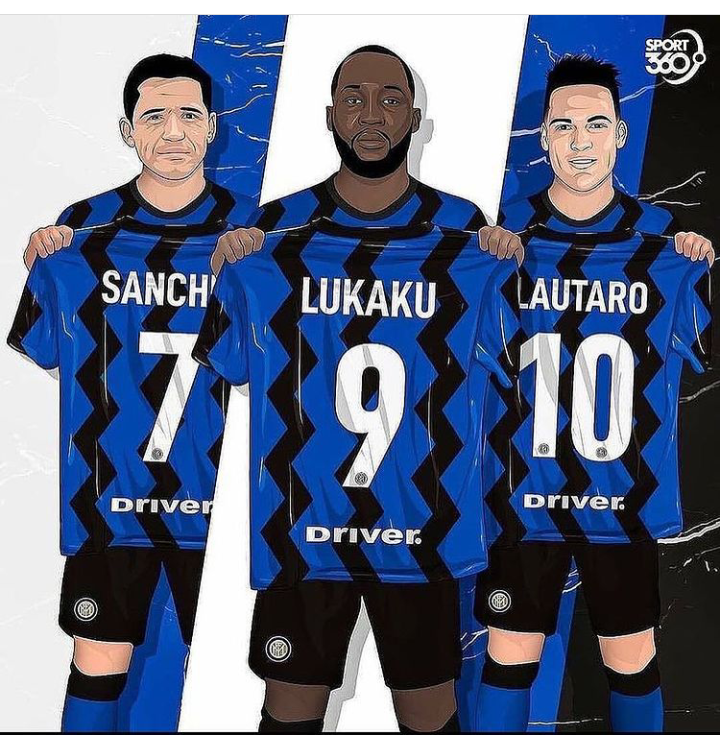 Romelu Lukaku has been a revelation since his move to the Italian serie A at the beginning of last season, with his strong form pushing inter to their first league title in 11years this season. He has 21 goals (second best in the league) and 10 assists (best in the league) this season. Sanchez and Lautaro have not scaled the same heights. 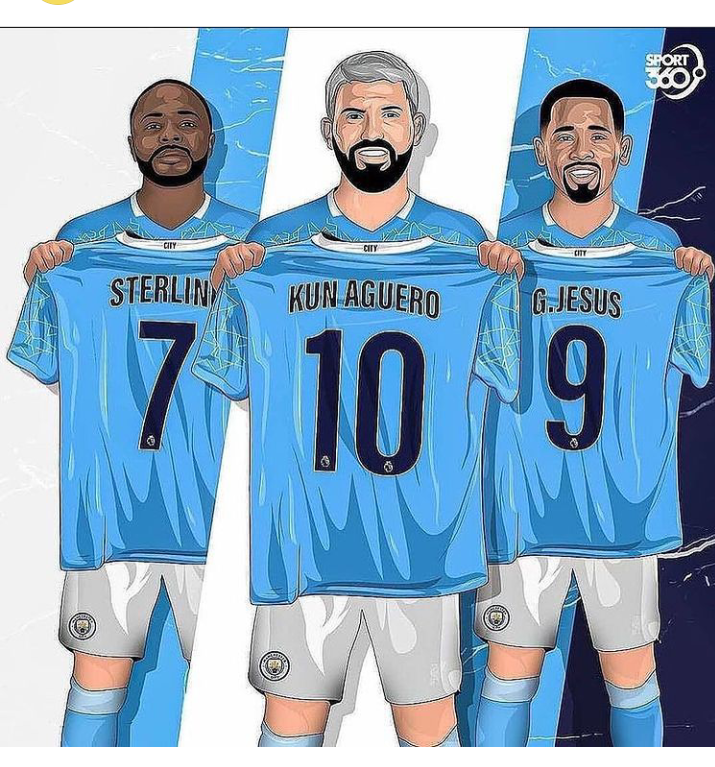 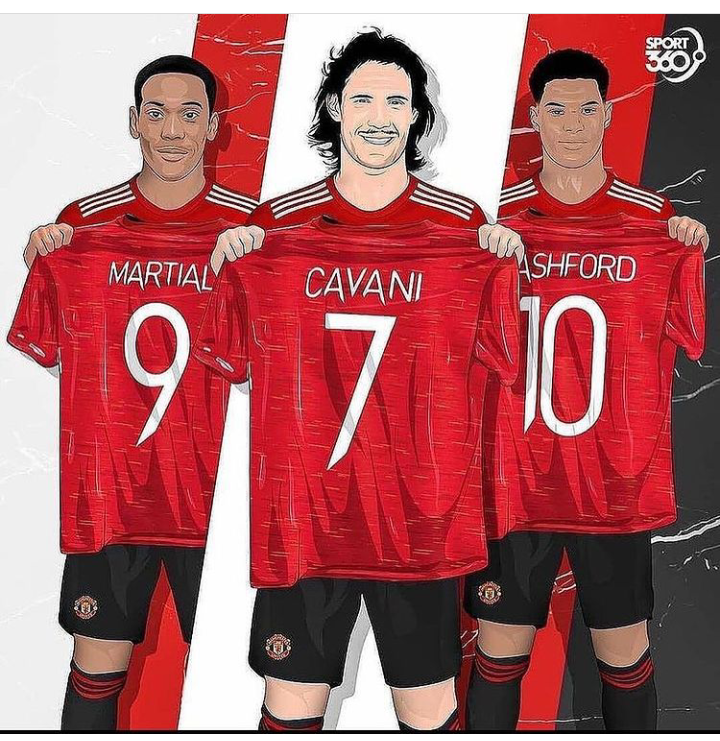 With the exception of Anthony Martial, Manchester United's trio has performed well in the league this season. Rashford has 8 assists and 10 goals, while Edinson Cavani boasts similar numbers.

Chelsea boast Ngolo Kante who is world class, but their number 10 and 9 have not had the best of seasons.

Let hear your thoughts, which trio has been the best this season?

Content created and supplied by: Eazy_updates (via Opera News )