Matchday 2 of the UEFA Women's Champions League took Spanish and European Champions, Barcelona Women Team to Denmark to continue with their title defence which they have started well on Matchday 1 against Arsenal.

In what looked like complacency from the side of Barcelona women's Coach, Jonatan Giraldez, first Team members like Oshoala, Aitana Bonmati and Patri Guijarro were all Substitues watching from the bench while Jennifer Hermoso had a taste of her first game in the season by starting the game. 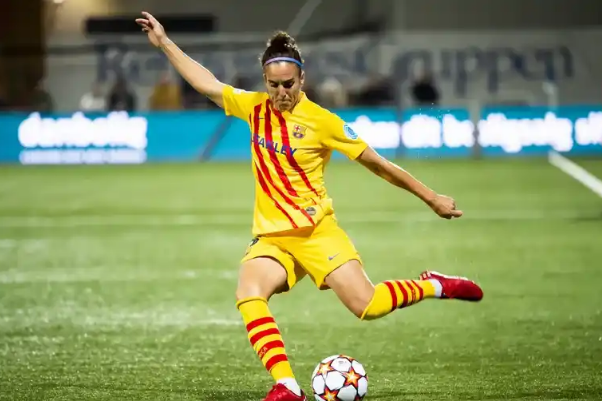 Barcelona feminine had it a bit difficult in breaking through the Midfield of the host since Europe's best, Alexia Putellas was not even on duty for Barcelona due to injury. Connecting Jenifer Hermoso and Bruna Vilamala for some goals never yielded any results in the first half as Engen and Lieke Martens couldn't just get on well with the forward who haven't played together upfront this season.

As easy as the Danish Team could look especially after losing their first game 5-0 to Hoffenheim Women, Barcelona couldn't break the jinx, so it ended goalless in the interval. 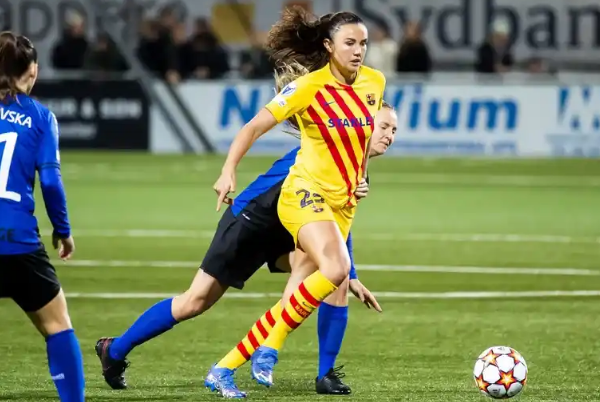 Quick introduction of Bonmati, Mapi Leon and Guijarro stabilised Barcelona's game from the midfield connected to the forward. The fresh Substitutes made the game look more matured because there was no enough Power play from the host Team. Rolfo's 62nd minute goal for Barcelona broke the jinx, after Bonmati created the chance in which Lieke Martens assisted, In a game one expected to be easy for Barcelona feminine Team. Even though HB Køge currently lead the Danish Women's League, it wasn't obvious in their play. 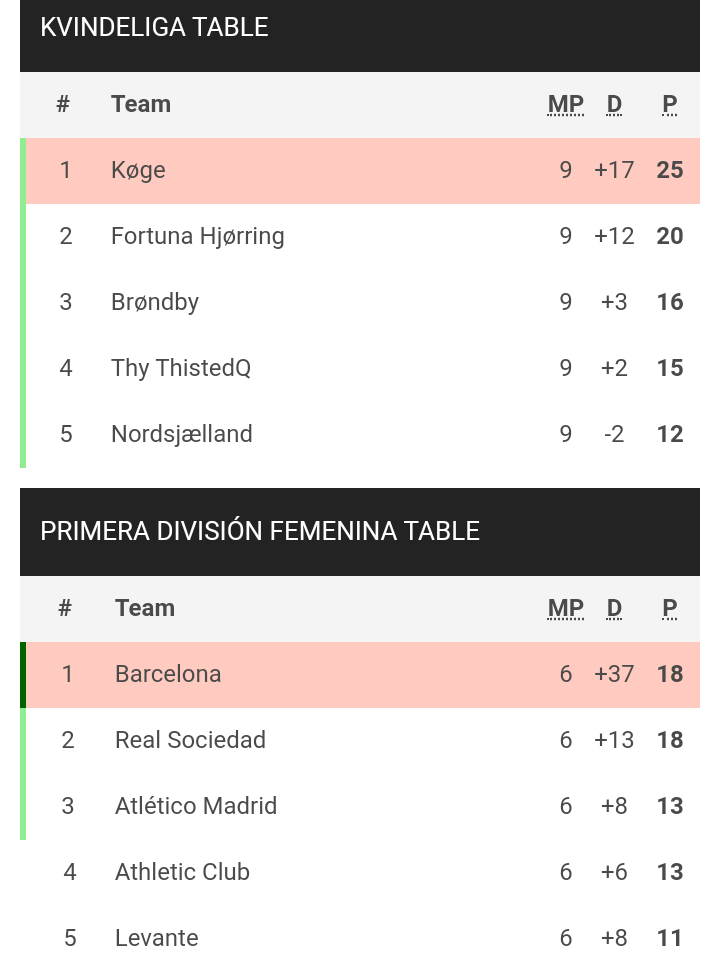 Oshoala replaced the goal scorer, Rolfo in the 71st minute of the game as she paired Hermoso, the Golden Boot Winner in the Spanish League last season. Hermoso's connection began to flow as Barcelona feminine Team resolved to playing their main style of aggressive attack with more power play from the flank as well. 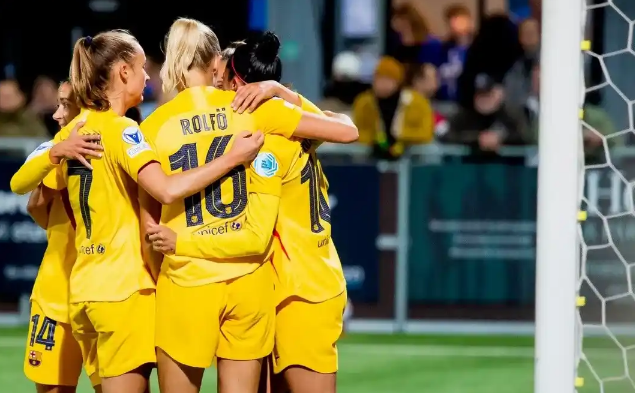 HB Køge were once more frustrated as Defender clipped on Hermoso which led to Barcelona women's gift of a penalty kick. This gave Hermoso her first goal of the season for Barca Women in stoppage time. Barclona Women won on away soil by 0-2 as they continue to press on with their title defence. Only Jonatan Giraldez can explain why his best Players started from the bench. Barcelona feminine Team will return to the local League to face Sporting de Huelva Women on another away trip. 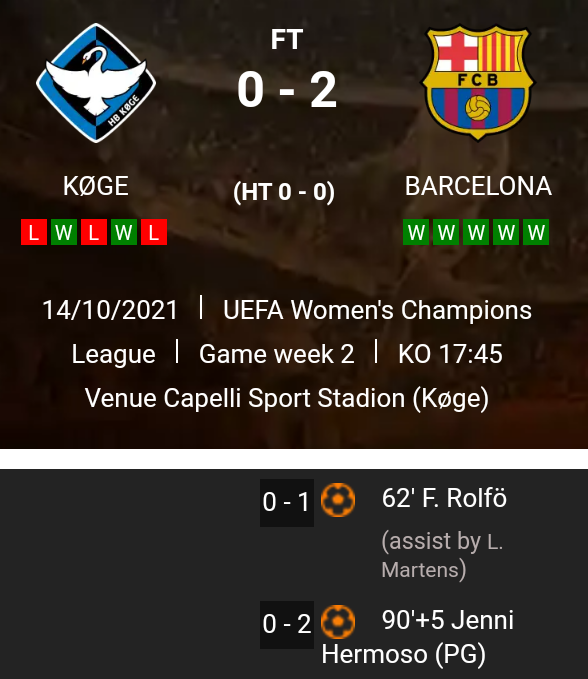 With 6 points in 2 UEFA Champions League games, do you think Oshoala's Barcelona will defend the title convincingly this season? Follow for more stories