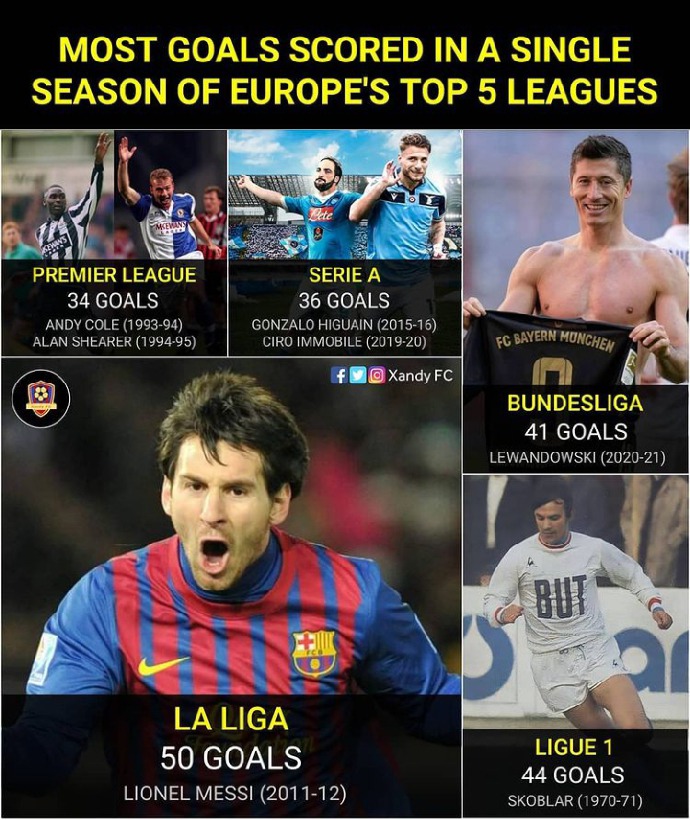 The most goals scored in a single Serie-A season are held by two players. Gonzalo Higuain scored 36 serie-A goals in 2015/16. Ciro Immobile tied Higuain's record in the 2019/20 season with 36 goals in Serie-A. No other Serie-A player has ever broken this record. Cristiano Ronaldo won the Golden Boot after scoring 29 goals in the 2020/21 season. Lionel Messi holds the record for most goals scored in a single season of La Liga. In the 2011/12 season, he scored 50 goals.