Arsenal fans have continued to question Mikel Arteta's decision to leave Mesut Özil out his squad for the 2020-21 season. 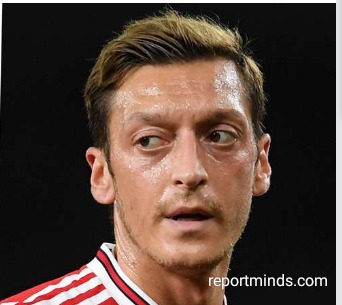 It's been reported that the 32 years old has been omitted from the Gunners Premier League 25 man squad as well as their Europa League clash.

Although, Özil is Arsenal highest paid player as he currently earns 350,000 pounds per week. It's been reported that he's deal will expire in 2021 and he seems set to see out his contract at the Emirates stadium.

The latest to react to his ongoing saga is former Arsenal captain, Laurent Koscielny.

Koscielny who currently plays for Bordeaux after he left Arsenal as a free agent back in 2018 admits the former Real Madrid still had got the quality.

“As a man, he’s a very good person, who got along with all his team-mates,” the Bordeaux defender told L’Equipe. “He gave a lot, helped sick children. He is a generous person, with whom I got along very well.

“As a player, he is in my opinion a phenomenon. He can find passes that no one sees, he’s a maestro. He can rock a game with incredible passes."

The former French defender believes Özil enjoyed a good spell under Arsene Wenger who signed him for a then club record from Real Madrid back in 2013.

Koscielny said: “We’re both part of the ‘Arsene Wenger Generation’. The coach loved him as a player. It was more complicated with Unai Emery and Mikel Arteta.

“Knowing him, he must always be professional in training, always on time. He is undoubtedly at the level demanded by the Premier League.”

Just so you know, Özil has made 77 assist for Arsenal in 254 gamea, while he has 44 goals for the north London side.

Koscielny admits he hopes Mesut Özil will be back playing soon – whether that is with the Gunners or elsewhere.

“I hope both sides find a deal that works for everyone. He is a competitor. I hope to see him back on the pitch soon, at Arsenal or elsewhere, because he is real talent,” he said.