Chelsea Vs Man U Player Ratings: Man U 1 Chelsea 3

By KingAnointed (self media writer) | 2 years ago

Chelsea, popularly known as the blues defeated Manchester United 3 - 1 in their fa cup semi final clash at Wembley on Sunday.

Chelsea where by far the better side as they dominated possession and gained from some costly mistakes made by Manchester United Goalkeeper David de Gea. 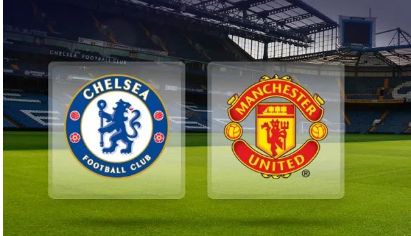 Below are some of the players ratings from the match at Wembley.

Caballero -7: The Chelsea Goalkeeper were really at his best Yesterday as he produced some really good saves to deny Manchester United.

udiger -7: He was solid in defense and also made rash tackles.

Recce James -8: He showed a good display,attacks and defended well all through the match.

Alonso -7: Was very comfortable in the left wing back role and played a good ball into the middle for the third goal.

Jorginho -8: He added more intensity to the game and passes very well.

Mount -9: Scored a good goal and his pressing was superb.

Giroud -9: Probably the man of the match as he scored the opening goal in the closing stages of the first half.

So Chelsea fans what do you think,can Chelsea win the Fa Cup.

Content created and supplied by: KingAnointed (via Opera News )