Real Madrid were far ahead of Barcelona in most trophies won until Messi came, See the changes now.

Barcelona won their 92nd major honour in the club history as they defeated Athletico Bilbao 4-0 in the 2021 Copa del Rey final. A brace from Lionel Messi and goals from Antoine Griezmann and Frankie De Jong was enough to hand Barcelona their 31st Copa del Rey title. 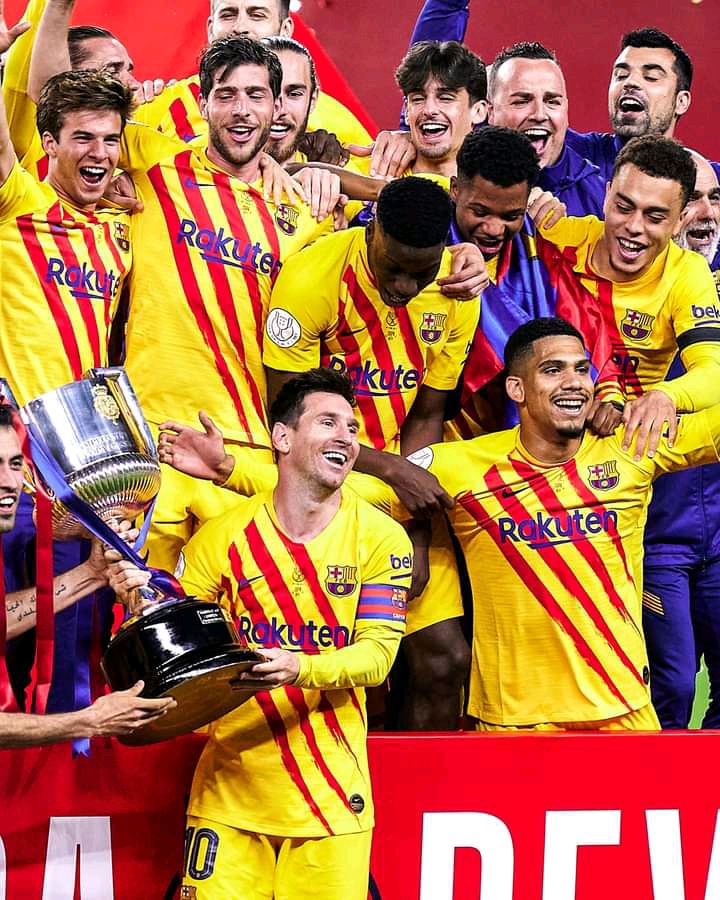 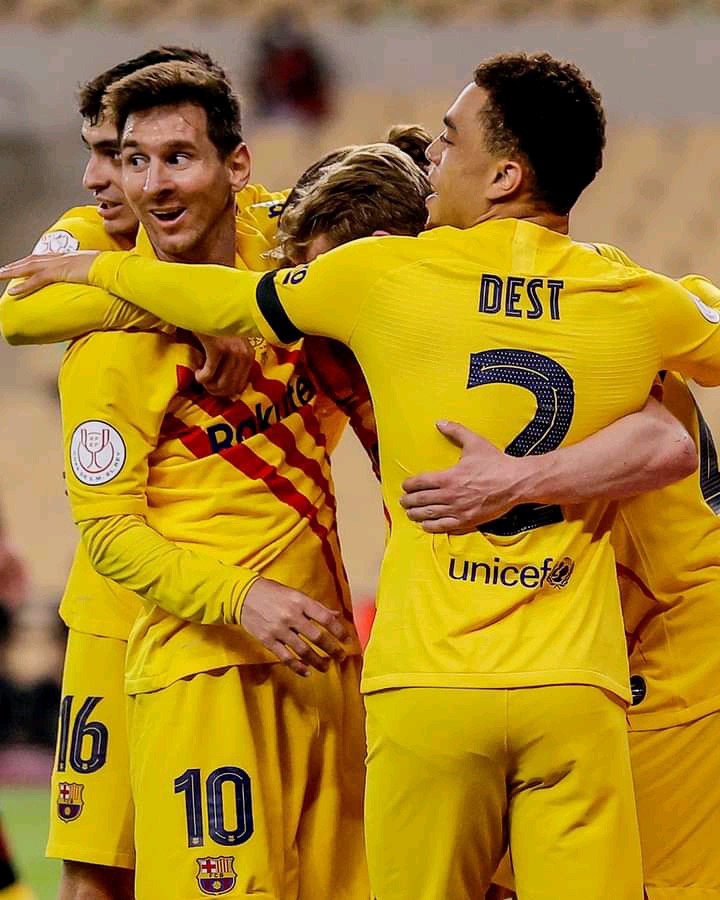 The Copa del Rey trophy won yesterday was the club's 92nd trophy, and the 35th trophy they have won since Lionel Messi's debut in 2003. Barcelona have now equaled Real Madrid record of 92 major honours after yesterday's final win. Before Lionel Messi's arrival Real Madrid had 71 major trophies compared to Barcelona 57 but now it's tied. 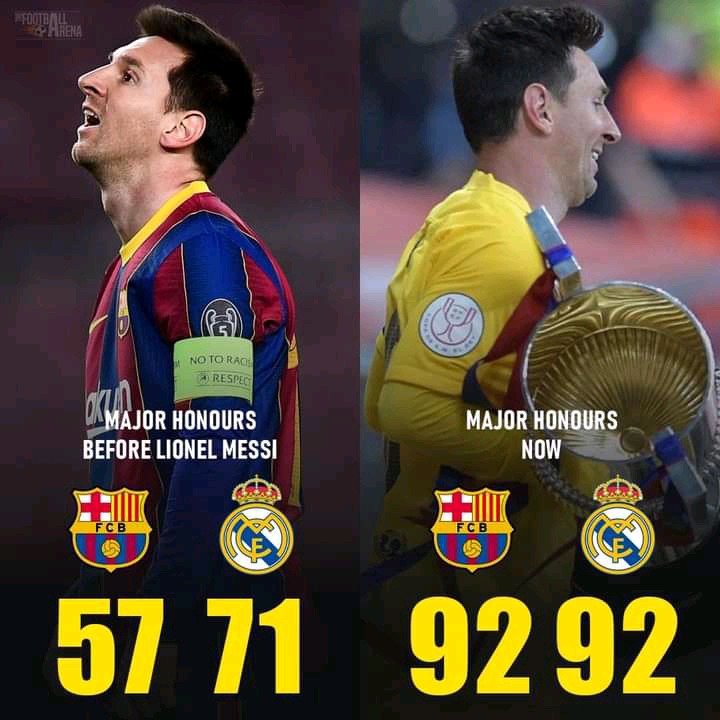 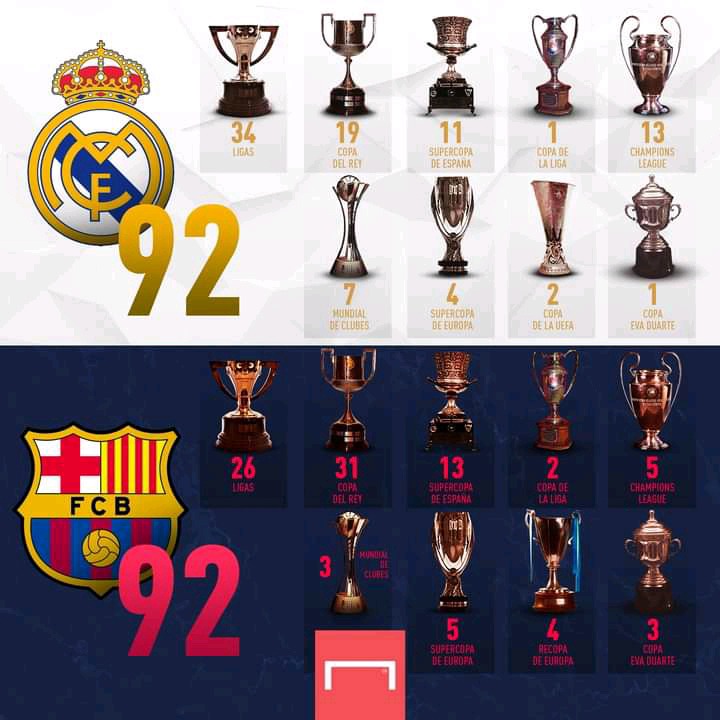 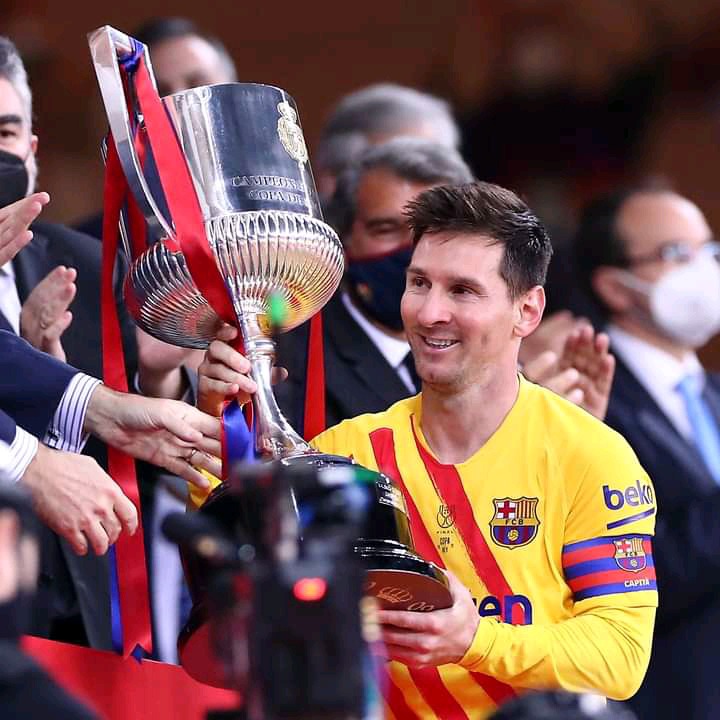 Real Madrid and Barcelona are second and third in the 2020/2021 La Liga season, with just one point difference between the two clubs, and one of them could go above the other in club with major trophies if they will be able to displace Athletico Madrid who are currently top of the La Liga table.

Check Out The Teams That Have Never Been Relegated From The Spanish La Liga.

How Chelsea Could Lineup Next Season With Lukaku, Jadon Sancho & Raphael Varane