By valentinoigwe (self meida writer) | 13 days

Chelsea would play against west ham this weekend. Both team are battling for top four finish in the premier league. Jesse lingard and mason mount have been impressive this season. Let us take a look at their 2020/21 season statistics. 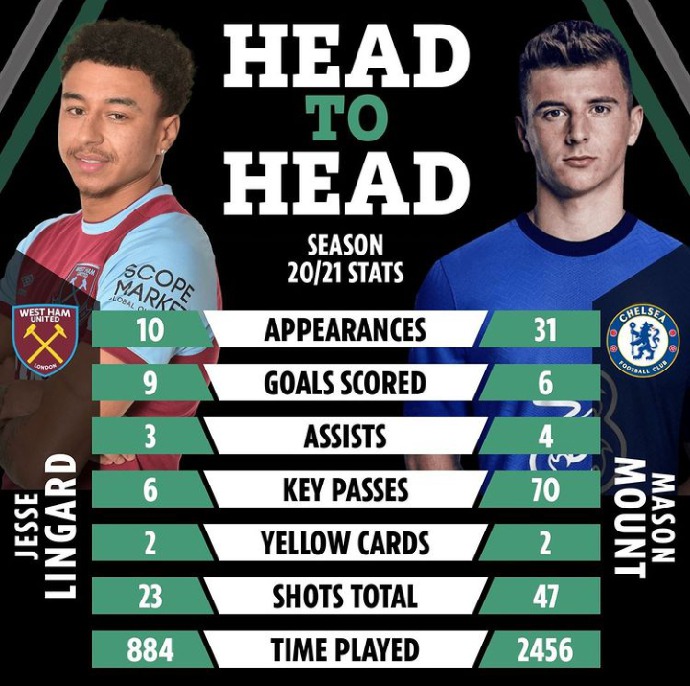 Jesse lingard have scored 9 goals and provided three assists in 10 premier league games for west ham. Which means that he has contributed to 12 goals for west ham in this premier league season. He has made Six key passes and 23 shots in 884 minutes. He has received two yellow cards and no red card.

Mason mount have scored 6 goals and provided four assists in 31 premier league games for Chelsea. Which means that he has contributed to 10 goals for chelsea in this premier league season. He has made 70 key passes and 47 shots in 2456 minutes. He has received two yellow cards and no red card. Who is the better player this season? Write down your thoughts in the comment section below.

UCL: Read What Timo Werner Said After They Qualify For The Champion League Final

Maguire says United 'have got to win' Europa League after finally reaching a final under Solskjaer.

Opinion: One Thing That Can Cost Manchester United From Winning the Europa League Cup

"Even In The Ugliest Picture I'm Still A Fine Girl" -Erica