By Interestinggist (self media writer) | 17 days ago

The ongoing world cup qualifying matches continue as Georgia played Sweden at home in the group B. Sweden came into the game with the hope of winning as they fielded some of their best players, including Zlatan Ibrahimović. 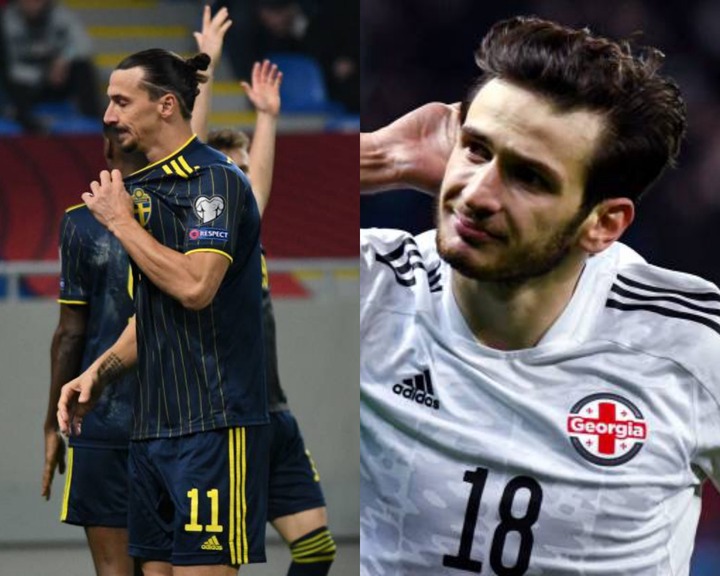 The prolific goalscorer could not help his team as Georgia defeated them 2 goals to nothing on Thursday night. This win by the Georgian team will live long in the memory of their fans, who couldn't stop screaming the names of their players.

Georgia was obviously the underdog in this encounter, but they have proven that there are no minors in the game of football. Sweden were supposed to take the lead in the first half of the game, but the attackers were wasteful in front of goal.

Ibrahimović had a good game. At his age, no one expects him to play as he did, he was a huge threat to the opponents' defenders throughout the game, he was unlucky not to have gotten on the scoresheet.

But the home team found the back of the net in the second half of the game after a free-kick from the right side of the pitch was pinned down in the penalty area. The 20 years old attacker, Kvaratskhelia, put the ball in the back of the net to the amazement of the fans.

Few minutes later, the young player, Kvaratskhelia still took the ball from the center of the pitch and managed to go pass the defenders of the visitors as he recorded his second goal in the game. But even after the game, Sweden still tops their group with 15 points, followed by the second place, Spain.

Let's take a look at the group standing 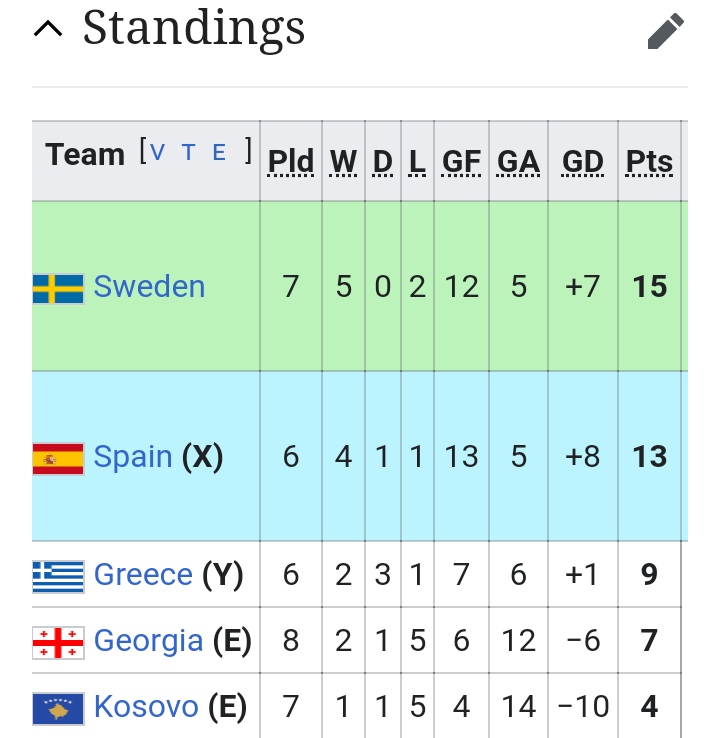 Despite Georgia's win, they may not be able to qualify from the group stage, considering the gap between them and the group leaders.

Leave your thoughts on this article in the comments' section