Check Out How The World Cup Qualifiers Group C Table Looks Ahead Of Nigeria Vs CAR Return Leg.

African World Cup qualifiers have been going on after the international break, and many African countries are desperate to qualify from their group. Nigeria is in one of the easiest groups, so qualifying should never be a big deal for the Gernot Rohr men. 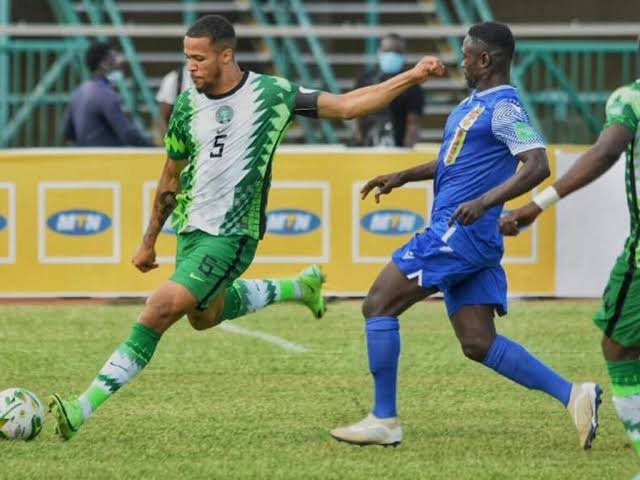 Although they enjoyed an easy draw, but currently the squad wants to jeopardize their opportunity of coming out at the top of the group. Nigeria played woefully in front of their fans in Lagos and lost 1-0 to the Central African Republic.

Before the game, Nigeria was 5 points ahead of Central Africa Republic, but after the game, the Super Eagles are now just two points clear from Cape Verde and Central African Republic. 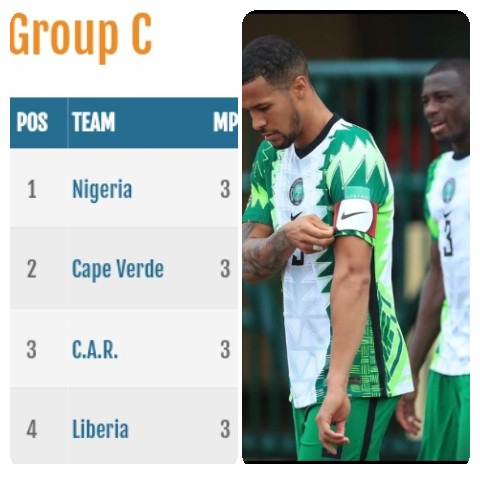 The match was the worst Super Eagles game I have ever watched in a decade. The Super Eagles went into the game with a good lineup that features the likes of Victor Osimhen, Kelechi Iheanacho, Joe Aribo, and others.

Despite deploying these quality players against the away team, Nigeria failed to dominate the game. The Super Eagles were not able to keep possession of the game which would have helped them thrash the inexperienced away side. 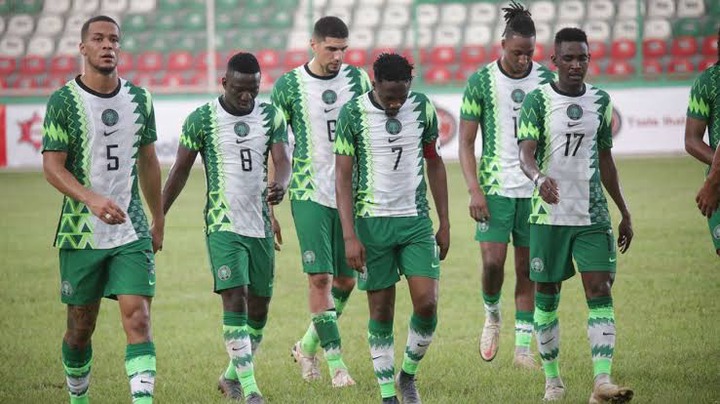 The first half ended, and the Super Eagles failed to score. The second half kicked off, and Gernot Rohr had to make some changes. Although the manager switched to a two-point man formation, but yet his side lacked the cutting edge to make things happen. 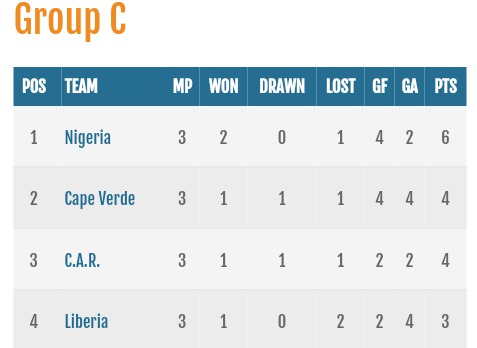 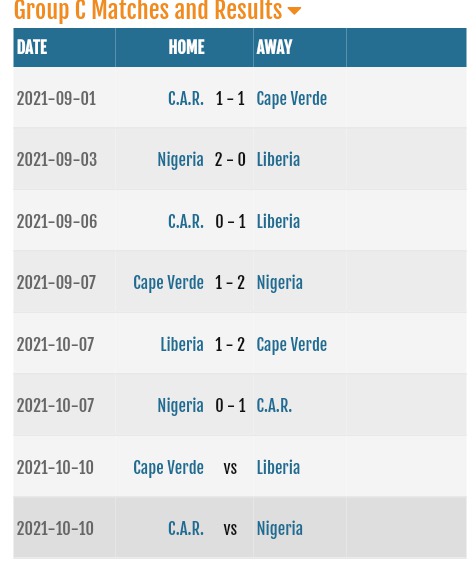 Unfortunately, Central African Republic created a nice chance and the Super Eagles conceded a late goal, and the game ended 1-0.

Having known this, here is how the group C table looks ahead of their second leg tie.