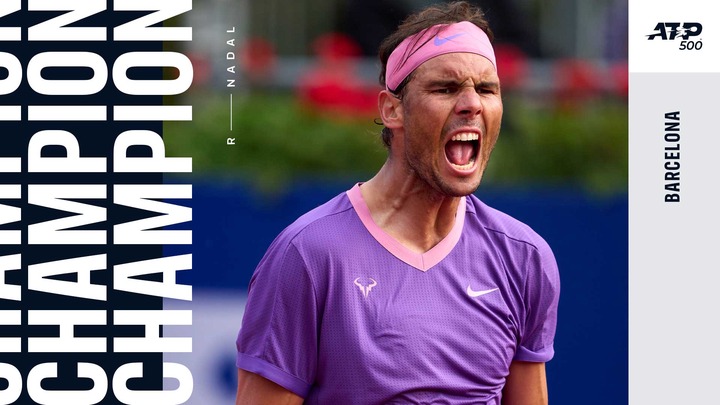 Though the world number two did not have a nice time at the Rolex Monte Carlo Masters which extinguished his to make dozen of it, but the Marlloca born has bagged 61 career titles on clay. 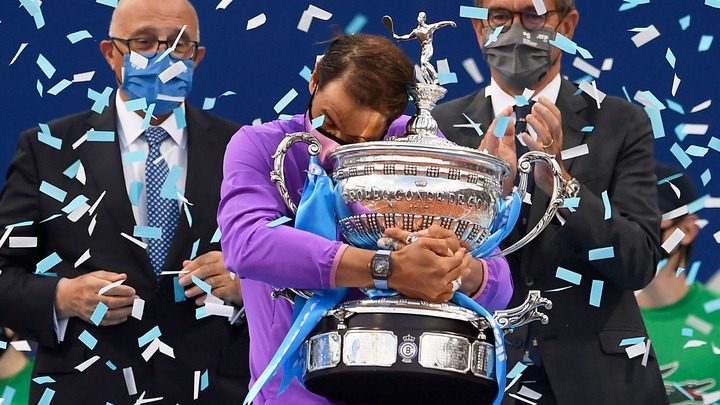 With the victory in Spain, this will be the second tournament where will bag a dozen of titles including the Roland Garros where he bagged 13 times, returning to the second rank on Monday.

"I think I never played a final like this in this tournament, so it means a lot to me against a player like him, [after what] he achieved in Monte-Carlo and [that he reached] the final here without losing a set," the 34-year-old said.

"It is an important victory for me. I think I have been increasing my level during the whole week and this victory confirms it. That's important for today."He added

"To have the trophy with me here at home means a lot, but at the same time for the future."

Nadal got his first ATP title of the year and his 87th career title, dashing the hope of Tsitsipas of bagging head to head victory from his win at Monte Carlo.

"For me, the simple fact of being able to play in Barcelona after last year's tournament wasn't held means a lot to me," Nadal told the crowd during the trophy ceremony.

"After almost a year of not being able to experience playing in front of a crowd, these are incredible feelings. I appreciate the love and support you all have shown me throughout my career. Playing in my club and front of fans means a lot." he said