By Harfoofficial (self meida writer) | 25 days 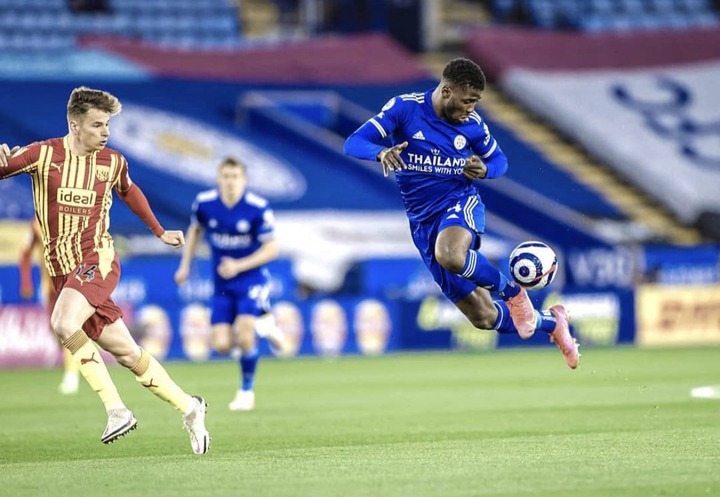 Super Eagles of Nigeria dazzler, Kelechi Iheanacho has been spectacular in his run of form for the Brendan Rodgers Leicester City side this season across all competitions.

The forward enigma has been firing from all cylinders for the Foxes this season having been a key figure in the squad paraded by the former Liverpool manager.

The former Manchester City star picked up his incredible form yet again for the former premier league Champions yesterday against Sam Allardyce relegation threatened West Bromwich Albion at the King Power Stadium, as he netted a crucial goal in the three goals to nil full time score line. 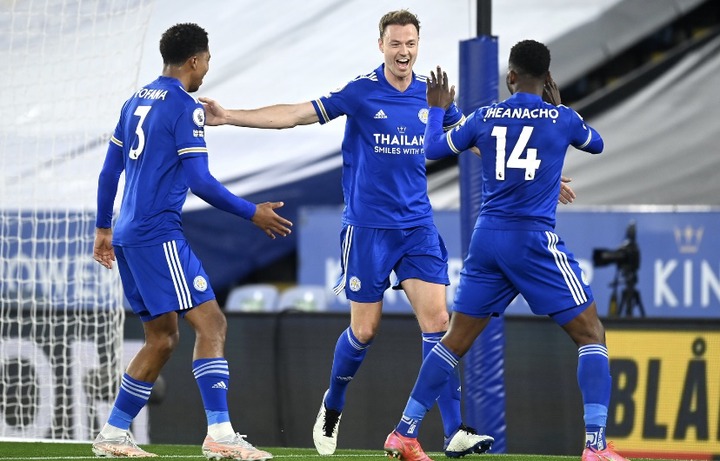 Kelechi Iheanacho after been given a role in starting XI was able to impress with a goal, as he was on target yet again couple of days after he inspired Leicester City to their first ever Emirates FA Cup final in 52 years, to be played later against Thomas Tuchel's Chelsea team.

Kelechi Iheanacho with his superb and top notch delivery has scored a total of 13 goals in all competitions for Leicester City in 2021, as the only EPL player to have more is Tottenham Hotspur's Harry Kane (15).

Iheanacho who is now enjoying his best ever premier league goal-scoring season in the competition has netted 11 goals in his last 8 games played for Leicester City. 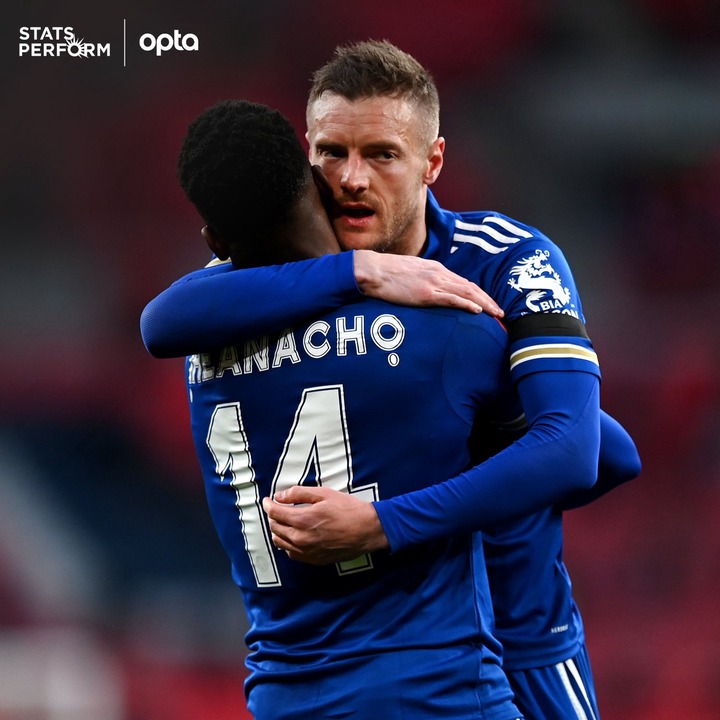 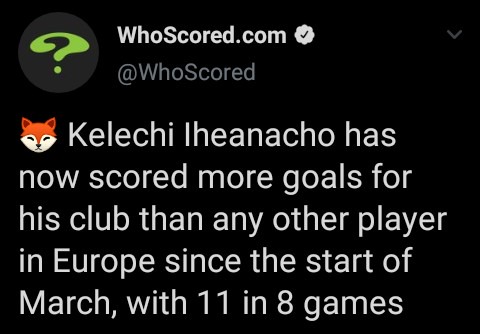 Kelechi Iheanacho will then be optimistic to keep his brilliant run of form going for Leicester City with six game left to the end of the season, in order to secured a spot among the top fours as they currently sit at the 3rd position and looking ahead to the finals of the Emirates FA Cup against Thomas Tuchel led Chelsea team.