Already, some teams have known their stands for the season like Liverpool, who are already confirmed champions and Manchester city, whose champions League spot has been confirmed. Norwich city also is another team that is sure of its place, (though this time around, in the negative aspect) as they'll not be returning to the premier League come next season, owing to their being relegated.

But some other teams also still have some very important things to fight for. Such teams like, Chelsea, Leicester city and Manchester United are each jostling for the two remaining UEFA champions League spot. Four teams where in action today, and one of the teams is Leicester city, who lost to Tottenham Hotspur in what could turn out to be a very costly loss at the end of the season. 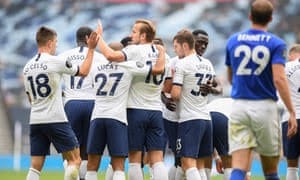 Check out the full-time results of matches played today.

With the above results, the English premier League table has taken a new shape, check it out below. 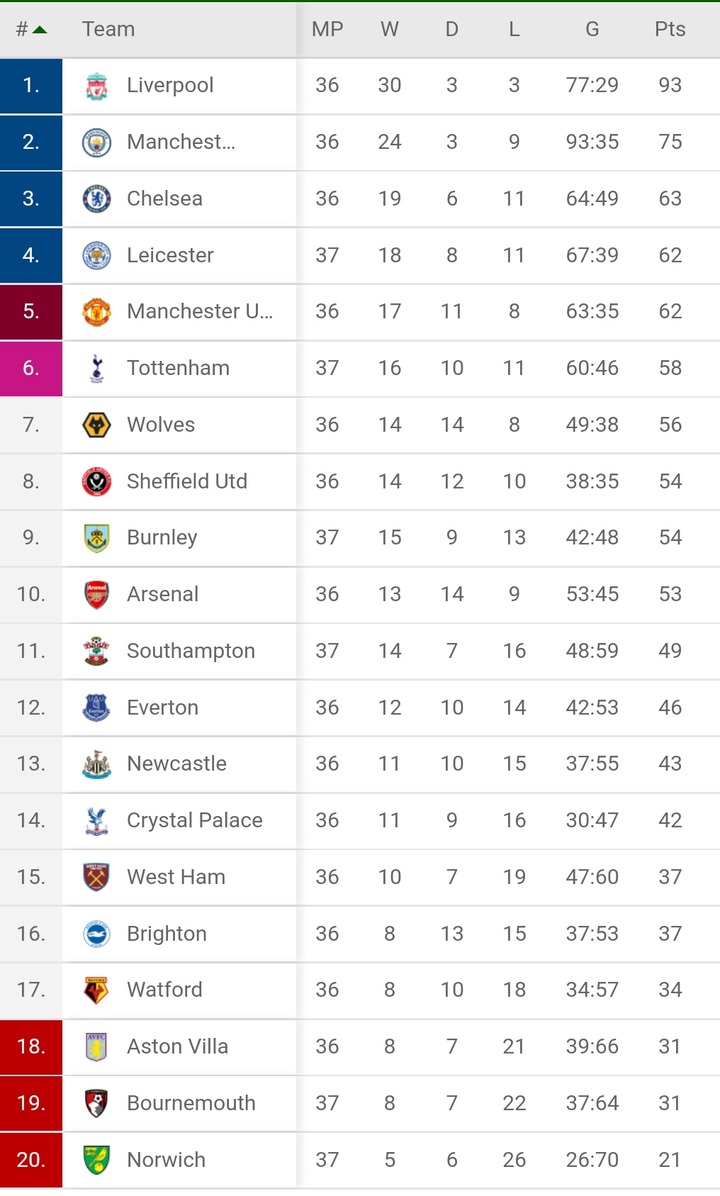