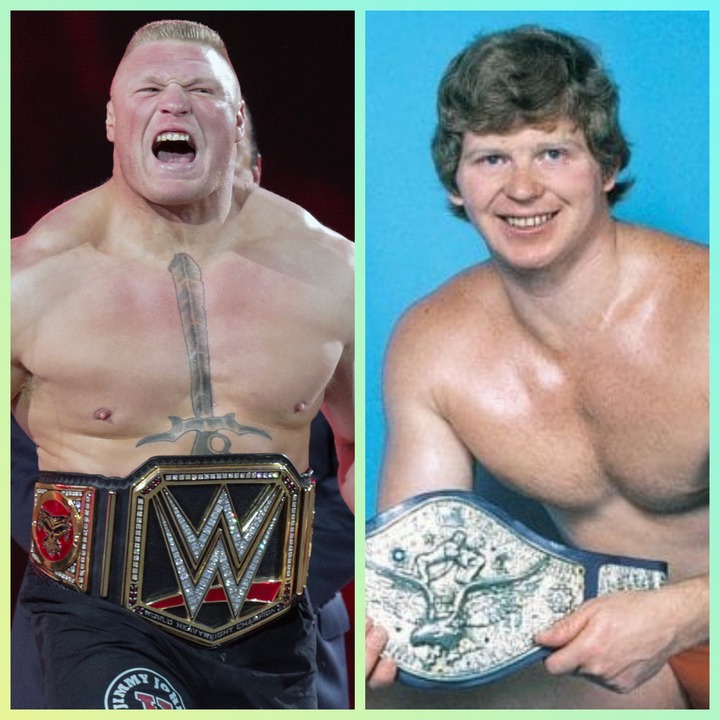 The WWE Champion has been the top Champion in sports entertainment for a very long time now. Since the 80's, the title has been the greatest accomplishment which any wrestler has a dream of accomplishing, this is because as the top title, everyone who is the champion is the top Wrestler in pro wrestling as a whole. So many wrestlers has helped bring the WWE champion to what it is today example, Bruno Samartino who is the longest reigning WWE champion of all time with over 2803 days as champion and over 4040 combined days as WWE Champion across two reigns. John Cena has held the WWE champion for over 13 times which is a record, Hulk Hogan helped transform the champion into what it is today.

The first man to accomplish such great fit was. 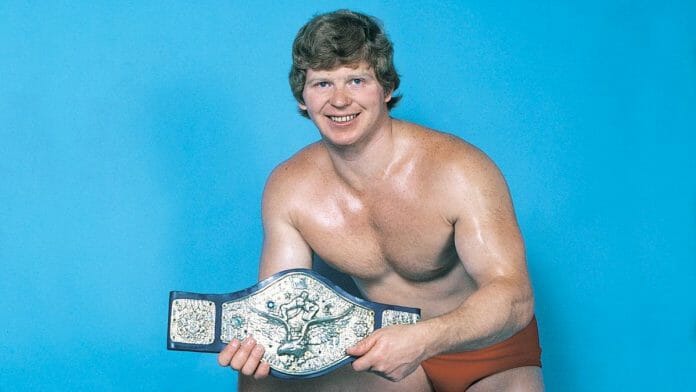 Bob Backlund was the last of a kind during his hey days in WWE, during the early days of Wrestling, WWE relied on heroes otherwise known as babyfaces, they are the good guys that bring the fans to attendance, the fans will pay everything to see their heroes defeat the bad guys also known as heels. It started with Bruno Samartino, then Pedro Morales and finally Bob Backlund. Bob Backlund won the title from superstar Billy Graham in 1978, Billy was a heel who held the WWE champion for over 295 days which was a record for heels in WWE. Backlund held the title for over 2135 days from 1978 to 1983 which was two decades. He lost it to The Iron sheik with help from Arnold skaaland who was Bob's manager. After almost 11 years in 1994, Backlund defeated Bret Hart at the survivor series Event with helps from Bret's brother Owen Hart to win the WWE Champion for the second time 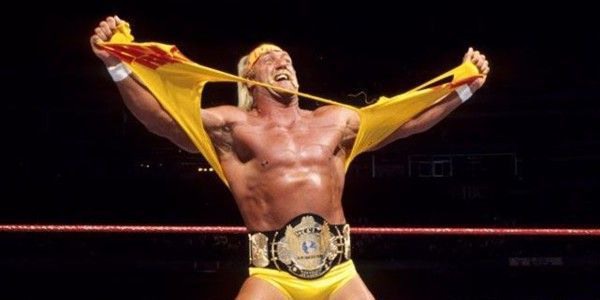 The next person to accomplish the great fit was The Immortal Hulk Hogan. He took the WWE to the international era in which we are in today. He defeated The Iron sheik in 1984 to win the WWE Champion, he held it for over 1474 days and lost it to Andre the Giant in 1988 with help from the referee. In 1989, The immortal defeated Macho Man Randy savage for the title to the delight of the Hulkamaniacs, he held the title into a new decade which is 1990, in which he lost the title to The ultimate warrior, he won his last in 1993 by defeating Yokozuna. After 9 years Hulk made his return to WWE in 2002 to defeat Triple H for the WWE champion at Backlash 2002 with helps from The Undertaker. 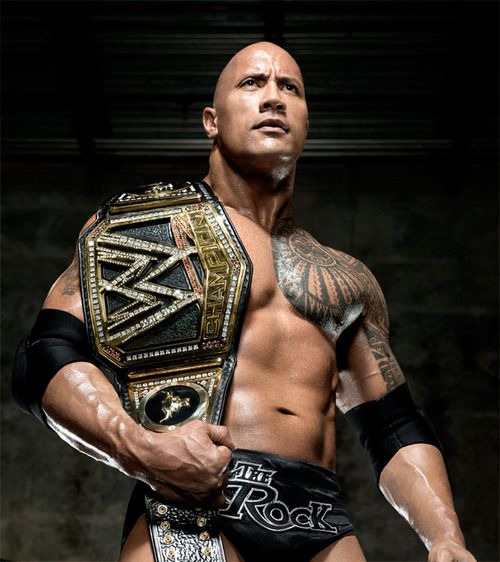 The Brama Bull was the third to so in WWE, he won his first WWE champion in 1998 at the survivor series pay-per-view by defeating Mankind (Mick Foley) with helps from Vince McMahon. He defeated Triple H at the 2000 Backlash pay per view with helps from Stone Cold Steve Austin for the first time in the new decade, he won the last of the decade in 2002 by defeating the Undertaker and Kurt Angle in a triple threat match, he lost it to Brock Lesnar at the Summerslam 2002 ppv. Then after 10 years he returned to the WWE to win the WWE champion by defeating Cm Punk at the Royal Rumble pay-per-view in 2013. 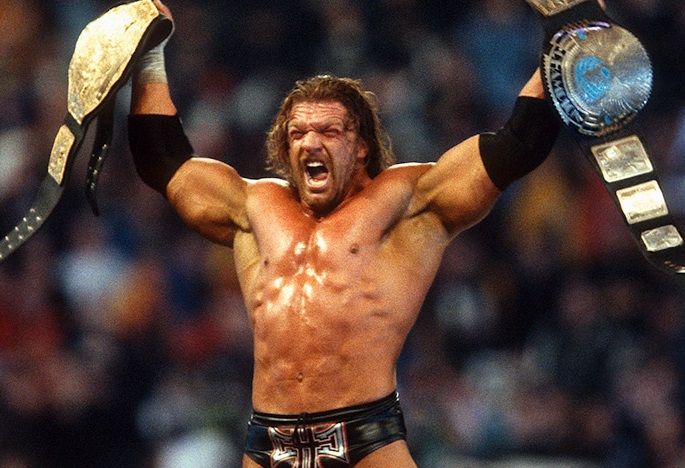 The game Triple H is the next wrestler to accomplish the great fit in WWE, his first WWE championship win came in 1999, by defeating Mankind on Raw after the survivor series pay-per-view. In the first Raw of the decade in 2000, Triple H defeated The Big show to win the WWE champion. He won his last Champion of the decade in 2009 by winning an Elimination chamber match at the no way out pay-per-view. 7 years later in 2016, Triple H Returned and won the Royal Rumble match which also had the WWE champion on the line. 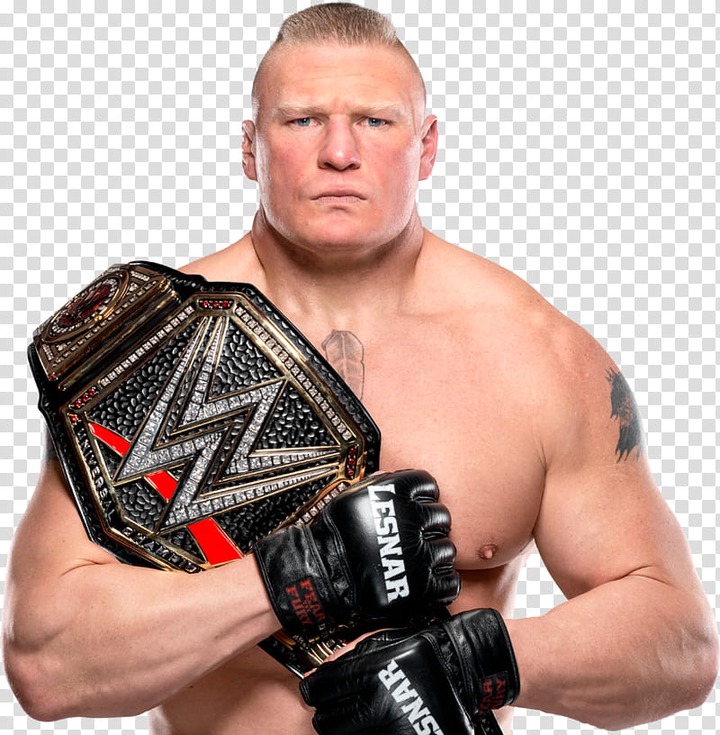 The beast incarnate Brock Lesnar won his first WWE Champion in his first year in WWE by defeating The Rock at the Summerslam pay per view. He left the WWE in 2004, after loosing his WWE champion to Eddie Guerrero. After 10 years he returned and defeated John Cena at the Summerslam pay per view of 2014 to win the WWE champion. He defeated Kofi Kingston on smackdown in October 4 2019 to win the WWE champion, he held it into the new decade 2020, loosing it to Drew McIntyre at the 2020 wrestlemania event. 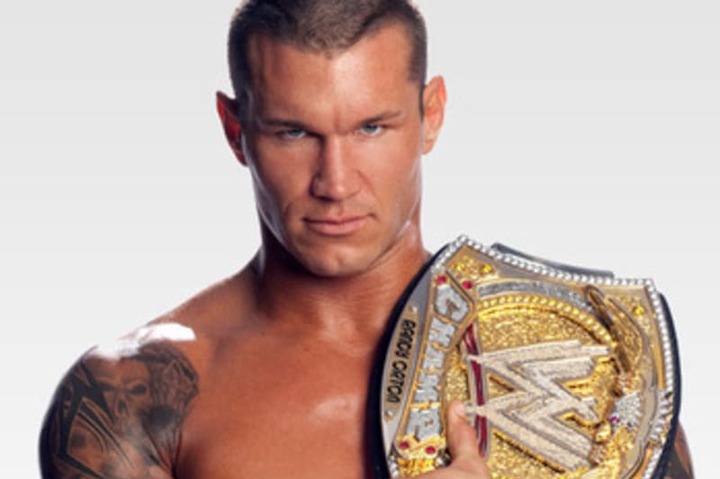 The viper is the recent one to accomplish the fit. He was awarded his first WWE champion at no mercy 2007 by Vince McMahon when John Cena vacated it because of injury. In 2010, Randy won the WWE champion by defeating reigning Champion Sheamus and 3 other wrestlers in a fatal 4 way match at the fatal 4 way PPV. Then at the Hell in a cell ppv in 2020, Randy Orton defeated Drew McIntyre to win the WWE champion to become his 14th world title in his WWE Career and also his third decade as WWE Champion.

This is it guys.