Loyalty is a rare thing in the beautiful game of football today and it's almost impossible to find a top player that's willing to spend the majority of their career at a particular club, not to mention all of it. However, in times past, the game had witnessed a couple of legendary players who dedicated the entirety of their playing career to a single club.

Many of these footballers were courted by bigger clubs or offered better pay but they choose to remain with the club that handed them their professional debuts and stayed until the very end. Check them out below. 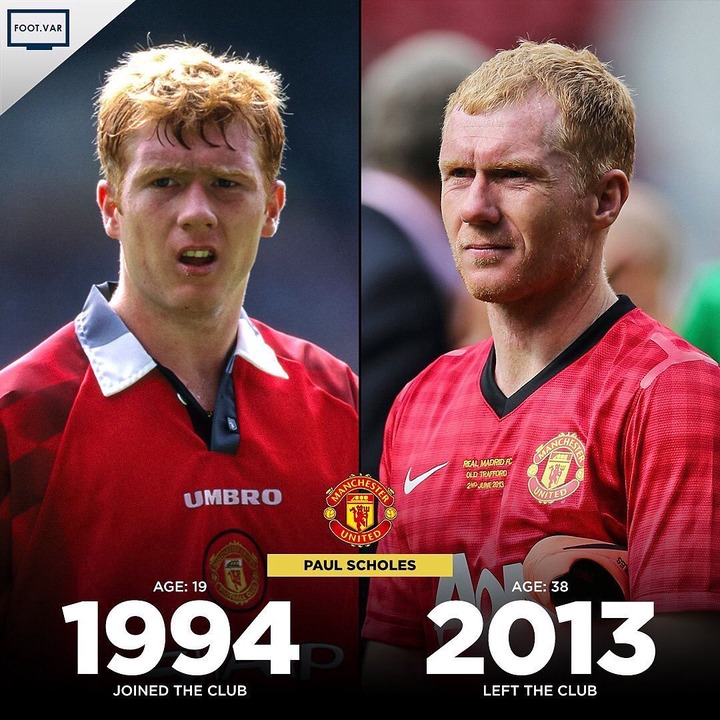 "Scholsey" as he is fondly called, was one of Manchester United's greatest midfielders ever. He made his debut at 19 and played for 19 seasons before retiring at the ripe old age of 38. 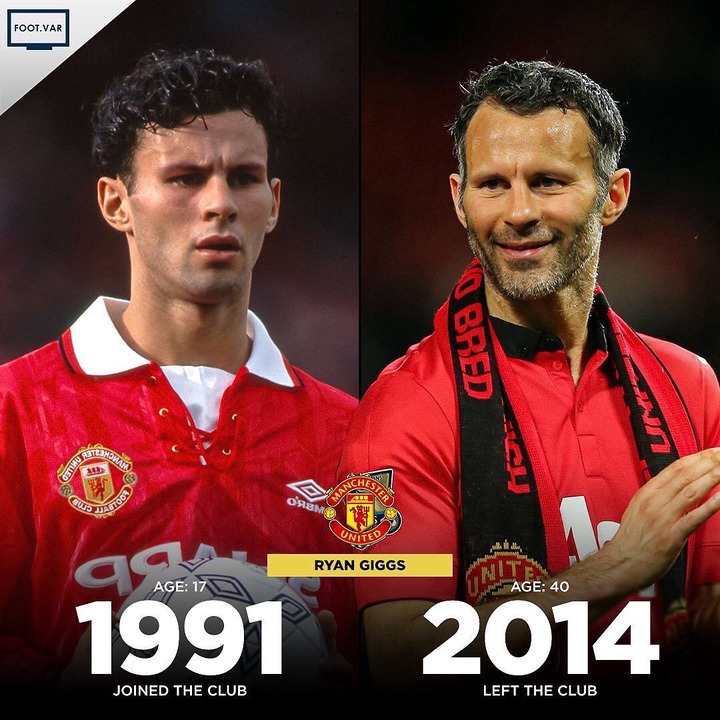 The most decorated man in English football is ex-Wales international, Ryan Biggs. The perfect definition of a leader, Giggs championed the Man U cause for the better part of 23 years before hanging up his boots as a 40 years old man in 2014. 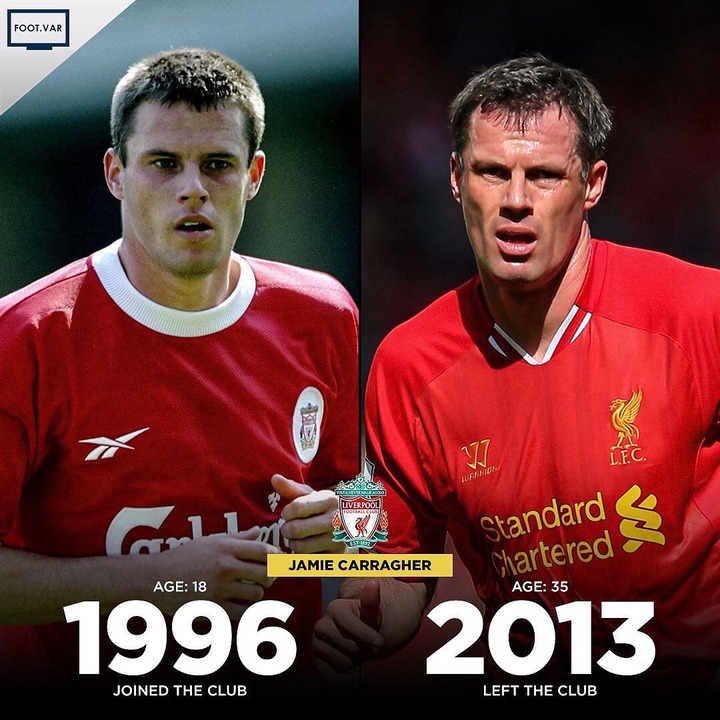 After a laudable 17 years at Liverpool, Carragher took the honorable route and retired rather than leaving to another club. 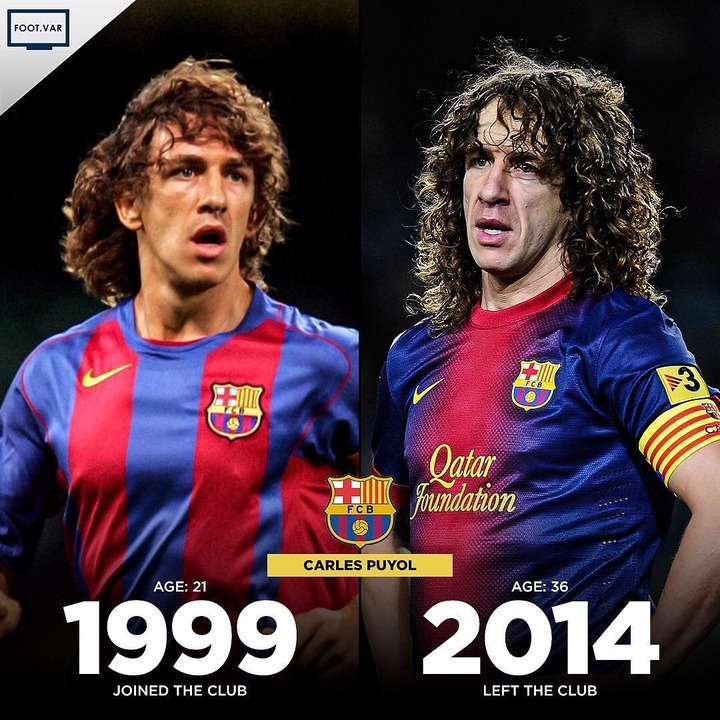 Puyol captained Barcelona FC for the better part of their golden generation of the 2000's. He played his first senior team match in 1999 but took off as the team improved in the early 2000's and never looked back till he retired in 2014. 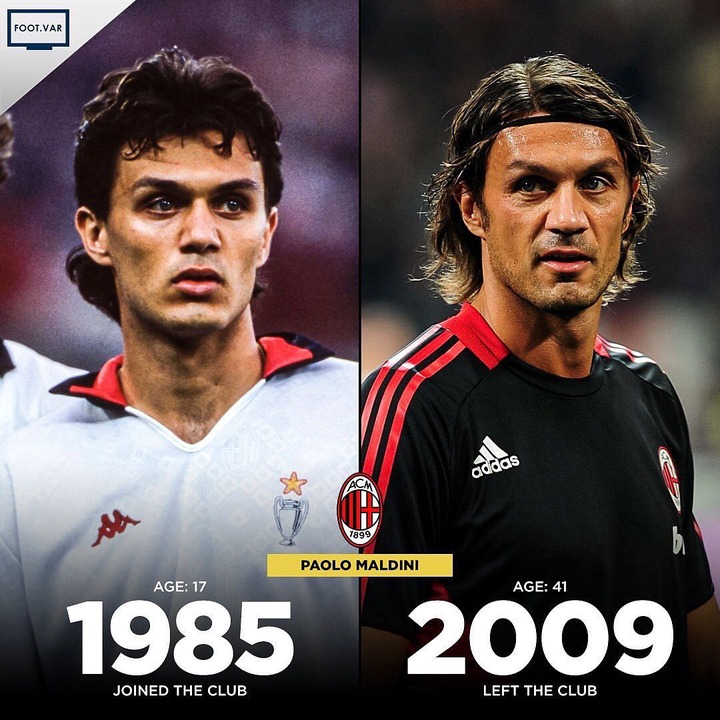 Paolo Maldini is cited by many as the greatest defender to ever play football and his longetivity is a big factor in this designation. The hard tackling center back played for over 2 decades at AC Milan and consistently put it brilliant performances as his team went from strength to strength. It's a big indication of his talent that after his retirement Milan have been a shadow of themselves. 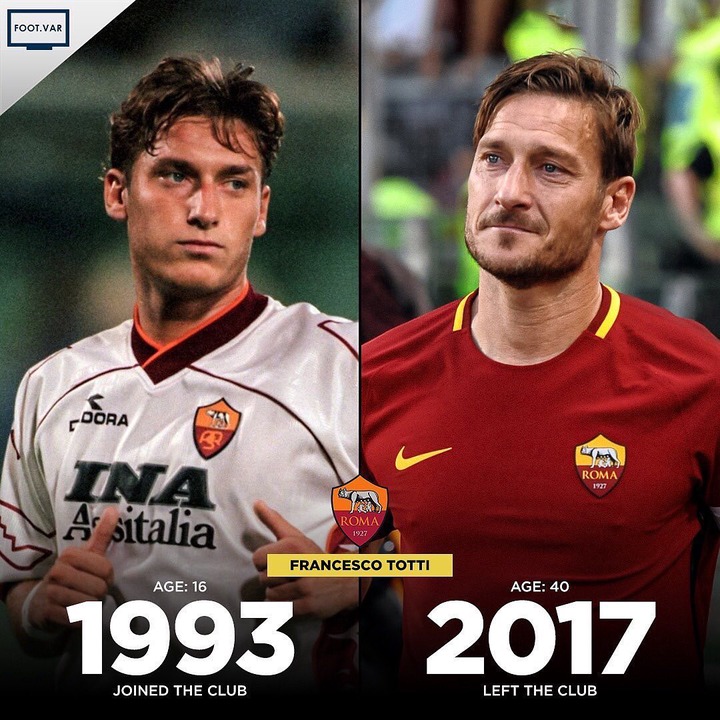 Till date, Totti remains the longest serving one club player in football history. Joining AS Roma as a teenager, the forward played for about 25 years before hanging up his boots. A legendary player by all account, Totti had the option of moving to any club in search of sure trophies but he stuck with Rona despite their pitiable trophy haul and helped them compete till the very end.

Who is your favorite one club man? Drop a comment below.

Chelsea doesn't need Haaland or Aguero, what they need is another Player like Cesc Fabregas

Opinion: 4 easy ways to get a girl's attention

Explaining Arsenal’s latest use of 4-3-3 formation

MIXED REACTIONS as FIFA and UEFA sets to ban Man United, Barca, Madrid and others from playing UCL.

Chelsea vs Brighton: Possible Line Up, Match Preview, and Prediction