Tottenham Hotspur Revealed Others Staffs Who Were Sacked Alongside Jose Mourinho

By Bwright (self meida writer) | 17 days 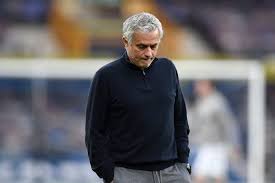 Former Tottenham Hotspur Boss Jose Mourinho finally speaks after he was sacked by the club as report also shows not only the manager was sacked and also his coaching staffs.

Jose Mourinho was reported to have been appointed as Tottenham Hotspur Manager after sacking Mauricio Pochettino at the North London Club. Jose Mourinho is reported earlier today that he has been suspended from his job after 17 months of take over at the club.

Tottenham Hotspur are currently 7th on the Premier League table but they have also reach the Final of Carabao Cup, the final is to be played in 6 days time.

The Manager doesn't seem bothered over his job over the news as report claims he is not upset.

The Portuguese man is reported to has posted on his Instagram account the cameraman and photographers who wants to interview him about his job been suspended at the North London.

Report also claims that Jose Mourinho was asked if he needed a break at the moment in football but he responded "I'm always in football " when he was asked by the journalists.

Report claims not only Jose Mourinho was sacked, his coaching staffs was reported to be sacked too by the club. Joao Sacramento, Nuno Santos, Carlos Lalin and Giovanni Cerra were all suspended from their job.