Opinion: Why Jurgen Klopp is not signing stars at Liverpool

By Tobilobaddon (self media writer) | 1 year ago

Liverpool FC have been successful over the past two seasons. First, they were European Champions and now they are English Champions. This level of success is remarkable considering the fact that the team endured a barren run over a long period of time. They missed out on the premier league title for almost three decades even though they had won it 18 times; a record as at that time.

Many managers were hired and sacked including club legend, Kenny Dalglish. Rafael Benitez was sacked even though he won the champions league in a remarkable fashion in 2015.

Then came Jurgen Klopp. At his unveiling in 2015, he promised to bring back EPL in 4 years. He has done it now but the onus to maintain this new level of success is dependent on him and the board that needs to back him up as they have been doing before. 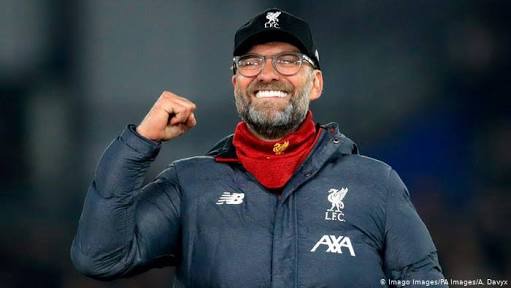 To ensure that Liverpool remain competitive, Liverpool fans expect Melwood to be a beehive of activities for new signings this current transfer window. They have been linked with a host of big names in the summer market, most notably Timo Werner and Thiago of Bayern Munich. For Liverpool fans, Werner seemed a done deal. He was a player who was desperate to play for Klopp. But Klopp or the Liverpool board ( Fenway Sports group) refused to match Timo's release clause. They claimed that they couldn't pay as high as £47.5million for a player in a corona virus affected transfer window. Liverpool fans were frustrated and that is understandable. Now, Klopp seems to be dragging his feet on Thiago.

Why is Klopp doing this? Liverpool earned up to the tune of £175 million for winning EPL. Why are Klopp and the board claiming that Covid 19 has affected the club's finances?

First, Liverpool fans should understand that Klopp is wary of upsetting a winning team. The front three of Mane, Salah and Firmino have been playing together for three seasons and now, they have finally seemed to gel. Even though Firmino is not a scoring striker, yet, he creates many chances for Mane and Salah through his off the ball movements, occupying defenders and style of play. Klopp didn't find it easy to build a winning team, why upset it now when he has finally found something that works?

If he signed Timo Werner, Liverpool will have to play to suit him. He is a scoring striker who enjoys scoring goals. He scored 28 league goals in the just concluded season for RB Lizpieg. Such a striker needs to receive the final pass. Currently, Salah and Mane are the players that receive the final pass. If he upsets his winning team now, it will take time before he stumbles on another winning team.

Also, one thing is crystal clear, Liverpool have a reliable bench. Origi, Naby Keita are reliable players that perform whenever they are called upon. Clearly, the team is in need of reinforcements considering the spending spree of Chelsea and Man City. However, Liverpool are well stocked from the bench to meet the demands of another gruelling season.

In addition, Klopp has never been a fan of signing star players. He prefers to spend £100 million on two to three quality signings than on one signing. When Man Utd paid a British record of £89 million for Paul Pogba, he questioned the wisdom behind it. He prefers to sign players who have the potential to become big stars than sign an established player. He has been proven right. Salah, Mane, Firmino, Fabihno etc cost less than £50 million each, but they are individually worth higher than that now considering their performances now.

It remains to be seen if Klopp has taken the right decision. However, one thing is clear Jurgen Klopp will likely end the transfer window without a major signing.

Content created and supplied by: Tobilobaddon (via Opera News )