Norwich confident of causing another upset against Arsenal 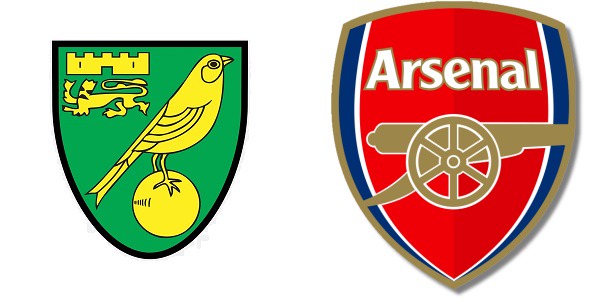 To be fair, a lot of Arsenal fans are expecting an easy win at lowly Norwich, as they are six points adrift at the bottom of the table. But they are actually raise their, game and are very hard to beat when they play the so-called Big Teams.

They showed that once again, when they only narrowly lost in extra time to Man United in ,the FA Cup Quarter Final at the weekend, and of course they beat Spurs in extra time in the previous round.

You could say they are just a good cup team, but who could forget them beating Man City 3-2 earlier in the season, not long after making Chelsea fight to beat them 3-2 as well. They also bat Leicester and drew with Tottenham in the League, and of course we can’t forget that Arsenal had to come back twice at Carrow Road and only came away with a point.

So, it’s no wonder that the Canaries youngster Todd Cantwell, who scored against Man United, believes they have every chance of causing a shock at the Emirates. “It’s going to be difficult but you would have written us off against Man United, with the form they’re in,” Cantwell said after the game.

“We’ve played notoriously, well against the top teams this season, and we gave Arsenal a really good game when they came here.

“We’ll be looking to do the, exact same but obviously with a little, bit more initiative to get the points off them.”

“The Southampton game we definitely weren’t good enough, Everton was more positive and this was another step forward,” he continued. “We’ve got to look to the next game which is Arsenal away. I honestly believe if we play like that, we’ll have a right chance and hopefully get out of trouble.”

Really, for me, it doesn’t matter, how confident Norwich are feeling, I think it depends on whether Arsenal ago into the game determined to play their very best.