The Marriage Story Between Liverpool and Adebayo Akinfenwa, How it all Started 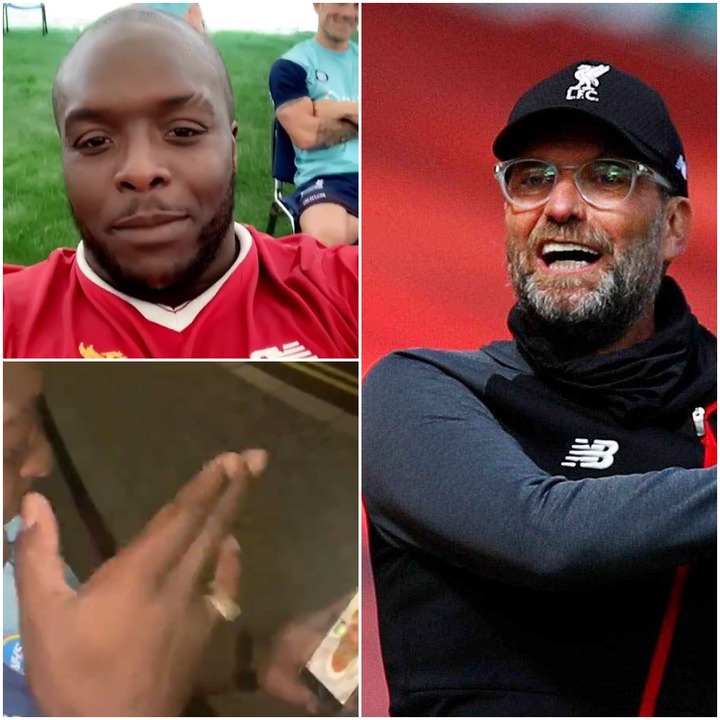 It all started when Adebayo Akinfenwa who is a die hard Liverpool fan, celebrated Liverpool winning the English Premier League title in a bizarre way, by stunning his club (Wycombe Wanderers) team meeting with a Liverpool jersey, despite been aware of fine, that such act could generate. 'The Beast' like he is called had already stated that, he had settle that with his Manager Gareth Ainsworth, and he is ready to pay the fine.

While sitting alongside his teammates, Akinfenwa did a short video, expressing his joy to Liverpool's recent success.

The big striker posted a Video on his Instagram handle, showing him wearing a Liverpool shirts, instigating laughter from teammates

The powerful forward affirmed that he had no problems with paying fine for his prank move, reiterating that he had informed his manager about the prank.

" I'm happily going to accept the fine," he said in the short video clip. "I have paid my coach, he is aware.

"There is quite a lot of hate i am getting today, but it is fine, i'll take it."

After all of that had died down. Akinfenwa then set his eyes on his side crucial League one play-off tie against Oxford City, a game which they won to seal a slot in the English Championship next season.

In a post-match interview after that game, Akinfenwa requested for a hit-up on WhatsApp from Klopp after that victory.

"Look, let me settle down. first of all, I want to thank God, because today he made the impossible possible,

"I remember 4-years ago I stood in front of you and I was technically unemployed.

"Let me tell you something, the only person that can hit me up on WhatsApp this time is Klopp, so we can celebrate together. You get me? Oi!"

Then Boom! he got the hit-up from Jurgen Klopp, this

made Akinfenwa Dumbfounded, he was so excited, immediately shared it on his social media platform.

"Are u crazyyyyyyy the man, the myth, the legend sent me a Watsapp. Today can’t get any better. Thank you Klopp #YNWA #Beast20 #BeastMode we did it #champHereWeCome 💪🏿🙏🏿💙"

Liverpool manager Jurgen Klopp congratulated the Wycombe Striker on recent milestone achieved with his club, while stating that he had watched the match, although he said it was Liverpool's captain Jordan Henderson who told him about the post-match interview. 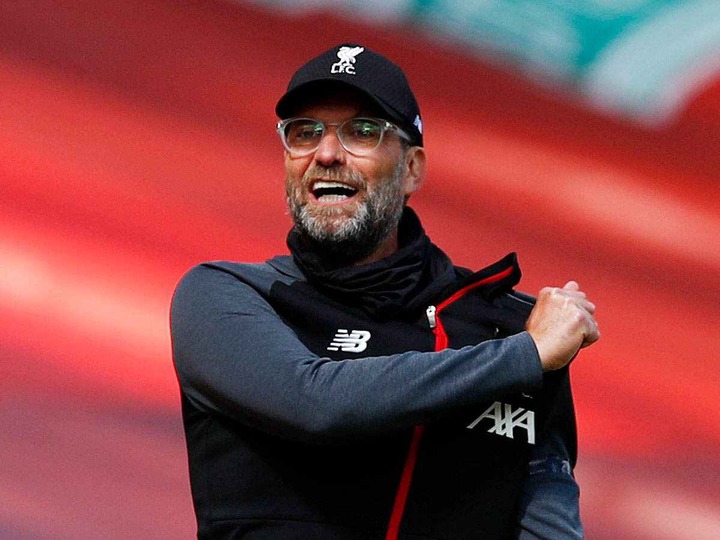 "Hello, Big man, congratulations, i enjoyed your game, but i didn't get to see the post-match interview, but Henderson had told about it, and some of my players told that you want... what did you say to say?' Klopp asked, " I said hit me up on WhatsApp," 'The Beast' said in elation.

‘You said to get in contact with me on WhatsApp, here we go,’ continued Klopp.

‘Congratulations! I’m pretty sure all your whole life you were at least a Championship player and now finally you are there."

Moving on, while it seems that, it might just be the end of the 'Akinfenwa/Liverpool' buzz, Jurgen Klopp then invited him for Liverpool's title parade. 'This is getting sily now' The striker posted in excitement after he had gotten the invitation.

“This is getting silly now, I’m smiling like a grown kid.” The journeyman forward’s contract at Adams Park runs out this summer, although a more permanent trip to Merseyside appears unlikely.

Akinfenwa has been a journeyman in English football, four years ago, he helped AFC Wimbledon to be promoted into League One, scoring in the leage-two play-off final.

Adebayo Akinfenwa might have gotten all wanted as a Liverpool fan, but this may not be the end of the marraige between him and Liverpool.