By Bazewaptech (self media writer) | 22 hours ago 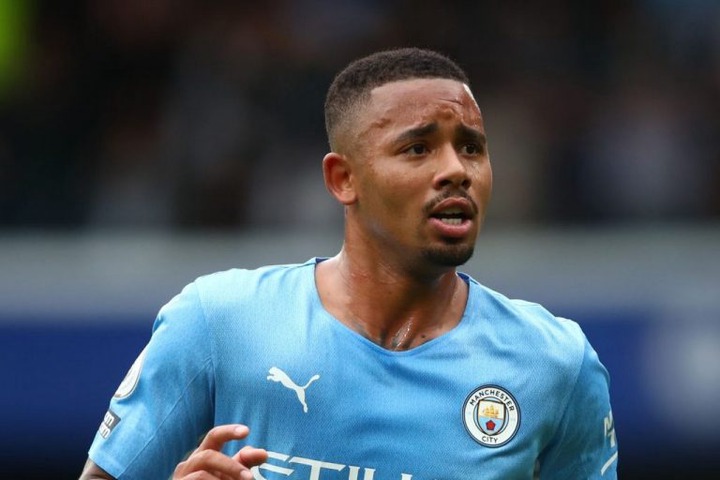 After verbally agreeing to a deal with Manchester City, Gabriel Jesus will reportedly make around £220,000 per week at Arsenal.

Recall that Jesus was at the top of Arsenal's list to succeed Pierre-Emerick Aubameyang and Alexandre Lacazette, who have since left the club.

The Brazilian international's current Man City deal only has a year remaining to run.

However, Pep Guardiola's team has been pushing hard for his signing and is reportedly holding out for a £50 million sum.

Jesus might, however, join Arsenal by the end of the month, according to Jacobs, who was speaking to the Football Terrace.

According to Jacobs, "Arsenal remain the front-runners with Jesus, and I think that signing is extremely likely."

"Jesus is very much sold under the Arteta and Arsenal strategy, as I understand it from sources close to the player. By strategy, I mean that they have sold that move to him based upon a focal point in the team, which is in stark contrast to Manchester City, where he was rotated and his game time was limited.

"Arsenal will offer him regular game time, so that's the selling factor. He will be listed first on the team sheet, and according to the terms, he will most likely make about £220,000 per week.

However, the negotiations have progressed, and from what I have heard orally, Arsenal and Manchester City have now settled on a price. Arsenal tried to draw comparisons to Sadio Mane and made an informal offer of closer to £35 million, but Manchester City was having none of it. It is highly likely that they will compromise somewhere in the middle, as was previously reported weeks ago.

If you count the add-ons that are likely to be assured, Manchester City may ask for a little bit more money than their initial asking price of £45 million.

It's a big week for negotiations, and Arsenal has no reason to think they won't close the deal. "I don't think Arsenal have any problem now negotiating a fee with Manchester City and I don't think they have too much of a problem finalizing the bits and bobs in terms of the package with Jesus, talks are ongoing in that respect.

I believe that the transfer of Jesus to Arsenal is now extremely likely and will most likely be finished within the next seven to ten days.

Content created and supplied by: Bazewaptech (via Opera News )