Opinion: Why Chelsea And Arsenal May Lose Their Next Premier League Games

As regards the 2021-2022 Premier League fixtures, Chelsea will be clashing against Brentford on Saturday, while Arsenal will be facing Crystal Palace at the Emirates next week Monday. Of course, the Gunners were unbeaten throughout September, which means they are expected to keep the ball rolling. And the Blues, on the other hand, are predicted to keep leading the league table. On the contrary, Mikel Arteta and Thomas Tuchel may lose their next matches in the EPL, because of the referee appointed to officiate their games. As a matter of fact, the Blues fans have already given up on winning against the Bees this weekend, as they know they have already lost due to the referee in-charge.

According to the Premier League, Anthony Taylor will officiate Chelsea's clash against Brentford on Saturday, while Mike Dean will referee Arsenal's match against Crystal Palace next Monday. As a result, both London clubs may experience defeat after the international break, because the referees don't always officiate in their favor. Speaking of Arsenal against Crystal Palace, Mike Dean has officiated the Gunners 62 times in the EPL, while they bagged 30 wins, 19 draws and 13 defeats. In addition, they have been booked with 118 yellow cards and 6 red cards. As a result, the Englishman didn't always go easy on Arsenal, that's why they have to be careful against the Eagles next Monday, if they really want to continue their unbeaten run in the league.

Initially, Crystal Palace usually give Arsenal a tough time. So, the Mikel Arteta's men should be expecting something unbelievable on Monday, as they may lose because Mike Dean doesn't have a good record against them. Claiming 118 yellow cards in 62 fixtures didn't really sound favorable enough, which means the likes of Gabriel Magalhães, Ben White, Thomas Partey and the rest would have to play with a high level of caution. 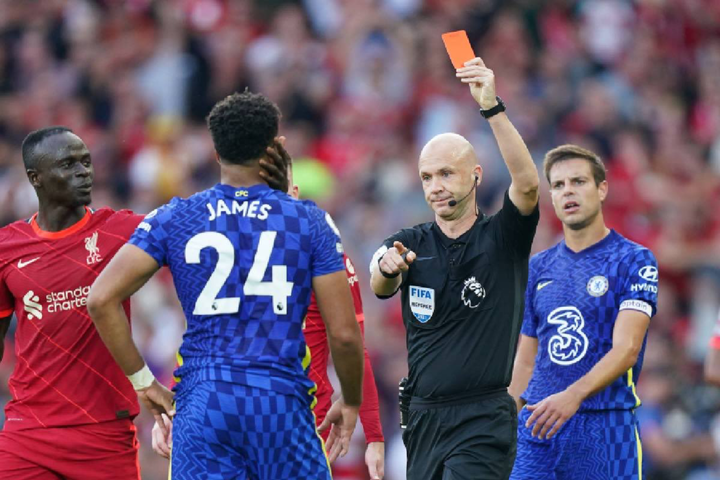 As regards Chelsea against Brentford, Anthony Taylor isn't expected to officiate any Chelsea game this season, having seen his record against the Blues, especially his display over Recce James against Liverpool at Anfield. Unfortunately, Chelsea have the lowest win rate of any club under the English referee, winning just 18 out of the 38 games he has refereed for them at a 47% winning percentage. In addition, the Blues have received 17 more bookings than any other top club in the Premier League, when refereed by Anthony Taylor. As a result, the clash against the Bees may not be enjoyable for Chelsea, because the English referee won't make it easy for them. Simply put, it's kind of iffy if Chelsea and Arsenal could win their next EPL fixtures, because the referees appointed for the matches don't usually favour them.

Can Chelsea and Arsenal win their next Premier League games?