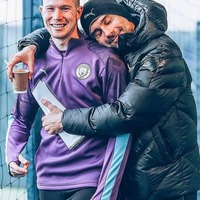 As we all know that the January transfer window is currently open for all teams to add new faces to their squad, we bring you the latest transfer news across Europe this Thursday. 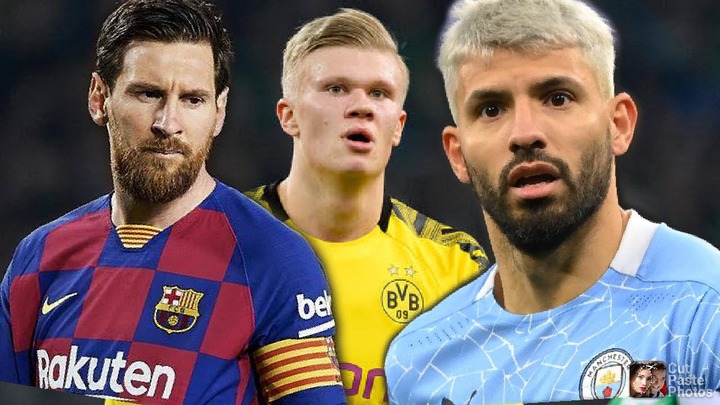 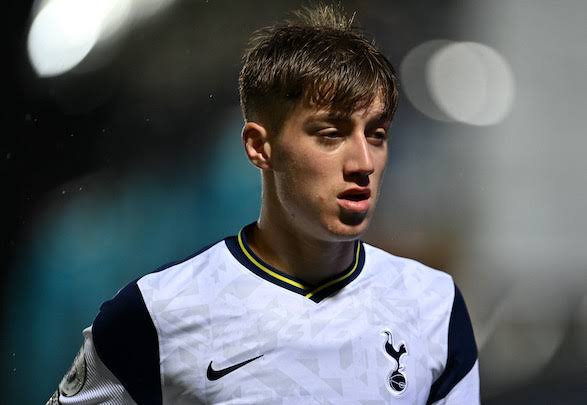 Jack Clarke is set to finalise a loan move from Tottenham Hotspur to Stoke City.

The 20-year-old winger will make the move to the eighth-placed Championship club as both clubs tie up the final details of the switch until the end of the season.

Spurs rebuffed loan offers last summer for Clarke, who joined from Leeds United in 2019, with Jose Mourinho wanting to take a closer look at the player and help him develop by working closely with the likes of Son Heung-min, Gareth Bale and Harry Kane.

Once the loan is announced, it will be Spurs' first deal of the January transfer window. 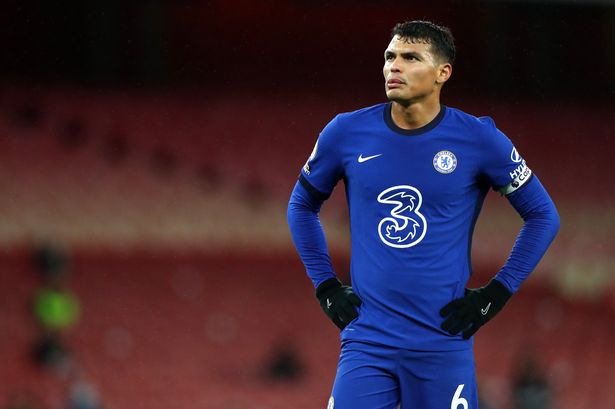 Chelsea have been linked with a move for Dayot Upamecano in the January transfer window to bolster their defence but it is more a case, this month anyway, of Frank Lampard trimming down his bloated defensive resource.

Fikayo Tomori looks like the centre half that will be sacrificed as the Blues have five centre backs currently training at Cobham, not to forget the likes of Malang Sarr and Ethan Ampadu who are out on loan this season.

If Lampard receives an offer for Antonio Rudiger then you’ll imagine that it’ll be explored with the German firmly down the pecking order as Kurt Zouma and Thiago Silva are Lampard’’s favoured centre back partnership.

Chelsea have the option for another 12 months on Silva’s contract and early indications were that the club would be keen to trigger it although talk of that has gone a bit quiet over the last six weeks as Chelsea slid down the table following their impressive start to the season.

What the Blues decide to do with the veteran and trophy-laden Brazilian will shape a lot of their transfer dealings not just in January but also in the summer.

Silva is out of contract in June if they don’t extend him.

Tomori still has three and a half years to run on his five-year contract penned in December 2019 and Sarr has four and a half.

Should the club decide not to extend Silva’s stay in west London beyond the end of the season - which is unlikely unless he has a severe dip in form - then that leaves Lampard with his defence arguably in shape for next season (if he stays in the job, that is). 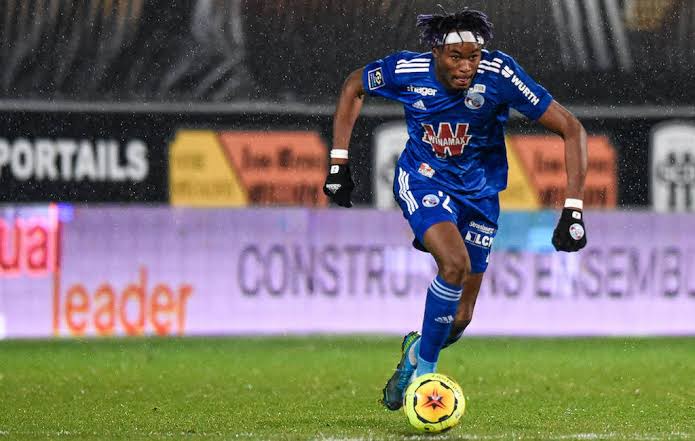 RB Leipzig are in pole position to sign Strasbourg defender Mohamed Simakan, according to Telefoot.

The 20-year-old centre-back had been strongly linked with AC Milan but new reports claim the Bundesliga side are closest to finalising a deal.

Falcao receives offer from MLS side 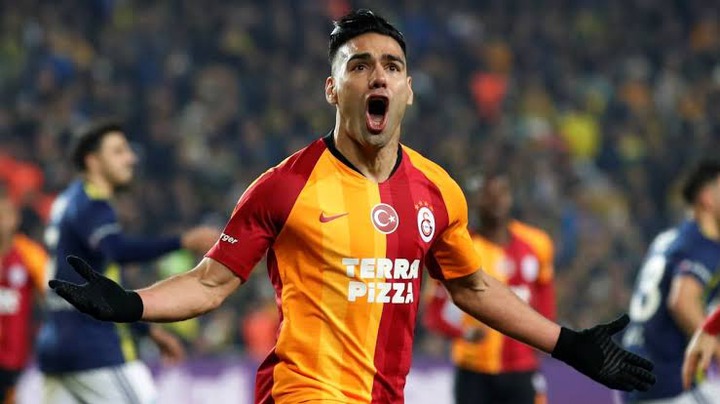 Radamel Falcao has received an offer from an MLS club that isn't Inter Miami, agent Fatih Ilek has told Ajansspor.

Ilek added there is a '60 to 70 per cent chance' that Falcao will leave Galatasaray in the near future. 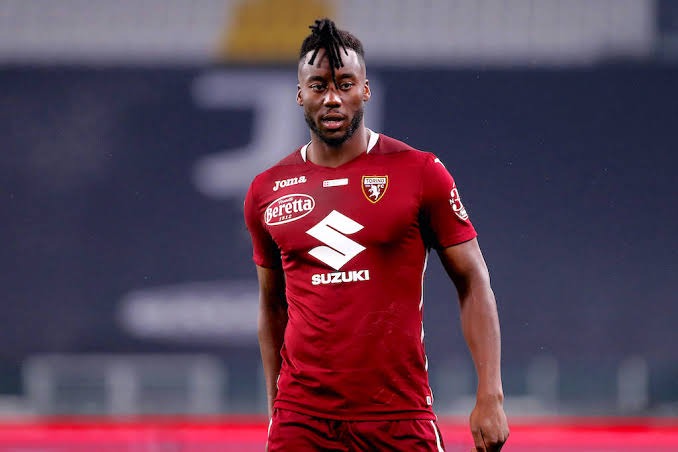 The 26-year-old is set to move on loan with an option to buy if an agreement is found between the clubs.

Genoa to take €5m Onguene on loan from Leipzig 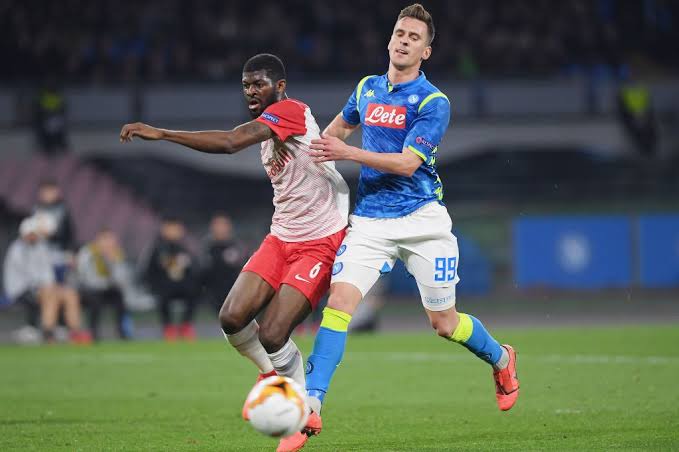 Genoa are set to sign RB Leipzig defender Jerome Onguene on loan with an option to buy for €5 million, reports DiMarzio.

The 23-year-old Cameroon international is expected into Italy in the coming hours to complete his move. 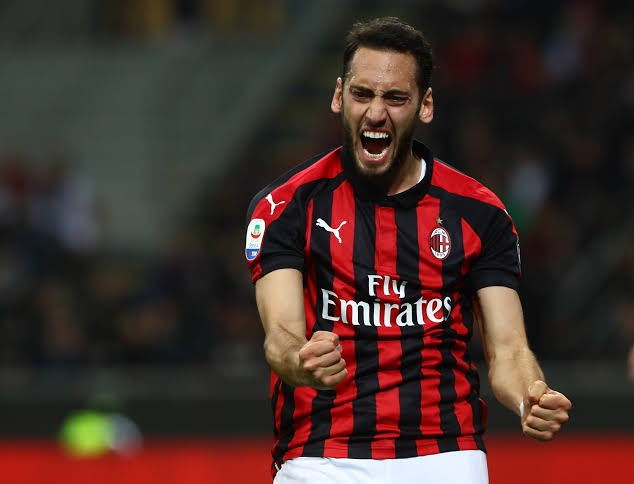 The Turkey international's current deal is up at the end of the season and he had been linked with a number of clubs.

Following a meeting between Milan and Calhanoglu's representatives on Wednesday, an agreement is now thought to be close. 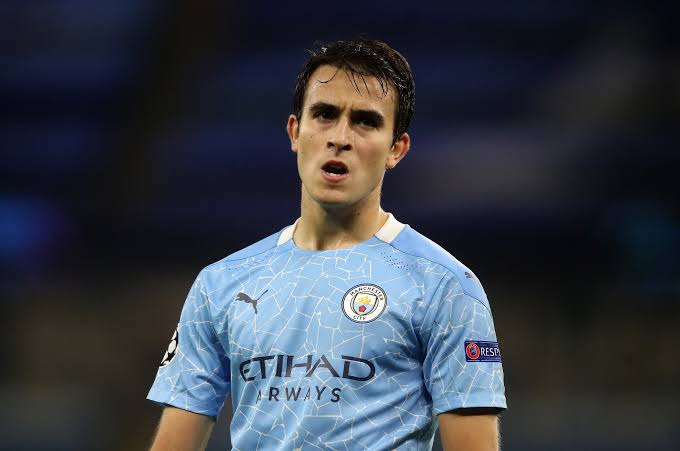 Eric Garcia has agreed personal terms to return to Barcelona, Goal can confirm.

The Manchester City defender is ready to head back to Spain, although there is still a fair way to go before a return to Camp Nou can come to fruition. 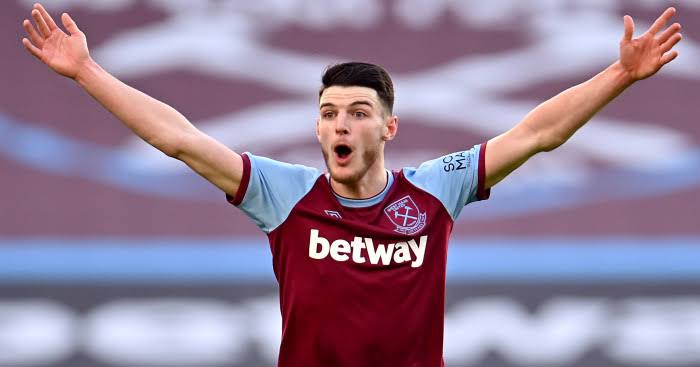 “I don’t think he goes this window, I think he stays there for the remainder of the season. I don’t think he’s the kind of kid who is going to push to leave right now,” Ferdinand told his FIVE YouTube channel.

He added: “Good luck to him. I think it’s inevitable he will go but I think – if I’m being realistic – he will go in the summer and I think it would be to Chelsea if he had his wish.” 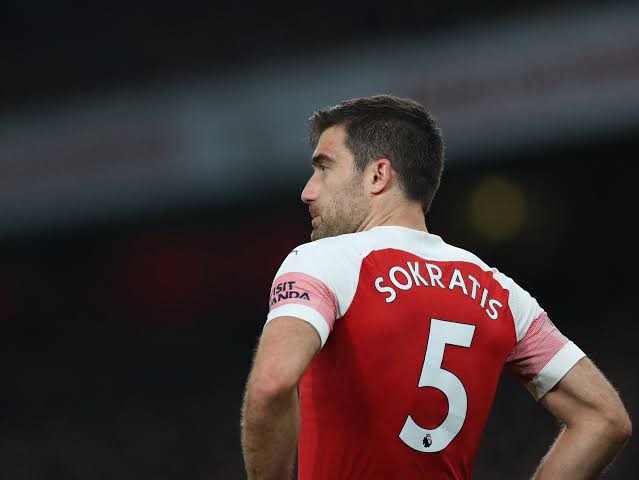 The 32-year-old is surplus to requirements at the Emirates and has been linked with Genoa and Real Betis already in this transfer window.

The Greek international was not registered in Arteta’s Premier League squad for the first half of the 2020/21 season, leaving him stuck on the sidelines like fellow outcast Mesut Ozil.

And speaking on the Here We Go Podcast, transfer guru Fabrizio Romano revealed that the experienced defender – who worked with Reds boss Jurgen Klopp at Borussia Dortmund – is being considered as a potential option by club hierarchy.

Chelsea Told To Break The Bank For Haaland 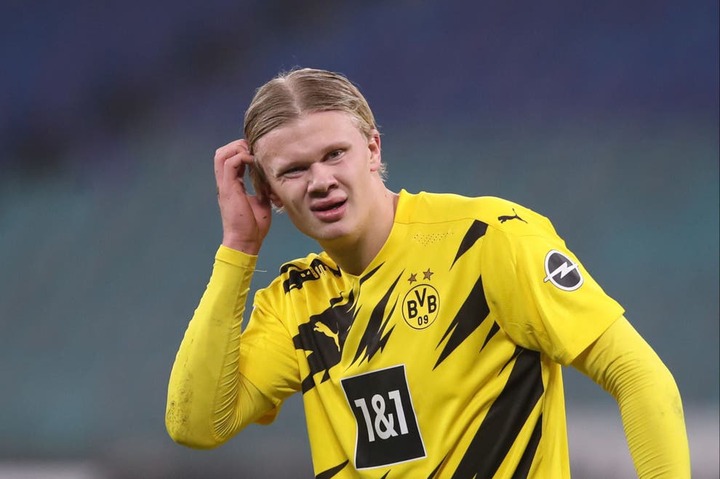 Chelsea have been handed a major boost in their hopes of signing Borussia Dortmund sensation Erling Haaland.

According to reports in the Italian media at the end of December, Frank Lampard, has told the club's hierarchy that he would like to add the talented 20-year-old to his squad during this month's transfer window.

But, in truth, the chances of Chelsea spending vast amounts of money this month are highly unlikely.

However, by the time the summer transfer window rolls around ahead of the start of the 2021/22 season, there is hope that the situation with the pandemic will be entirely different

And should the Blues still hold an interest in Haaland, who has scored 19 goals in 16 appearances in all competitions for Dortmund this season, they could have a greater chance of landing his signature.

That is because Haaland will leave Dortmund, with his agent Mino Raiola looking to secure him a move away from the Bundesliga heavyweights.

Haaland has a £68million release clause in his contract, but that does not become active until 2022, meaning any interested party would be forced to pay a much, much higher fee (approx. £90 Million) if they were to try and land his signature this forthcoming summer. 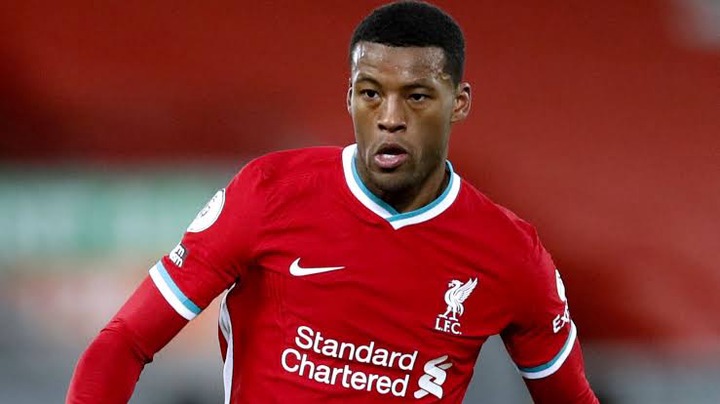 The Liverpool midfielder is out of contract at the end of the season and he is now able to sign a pre-contract agreement with a club overseas.

El Mundo Deportivo report that Barca boss Koeman is hopeful of a reunion with the Netherland international.

He is also said to be keen to sign Lyon striker Memphis Depay. 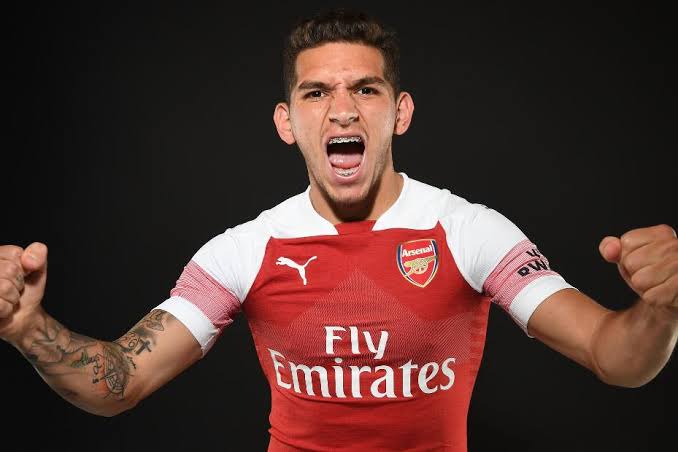 Clubs across Italy and Spain are after Arsenal midfielder Lucas Torreira, reports AS.

Torreira has struggled to nail down a regular starting spot while on loan at Atletico this season and his spell at the Wanda Metropolitano could be cut short.

Should that happen, Torino, Fiorentina, Lazio and Valencia are all ready to take him on for the remainder of the season. 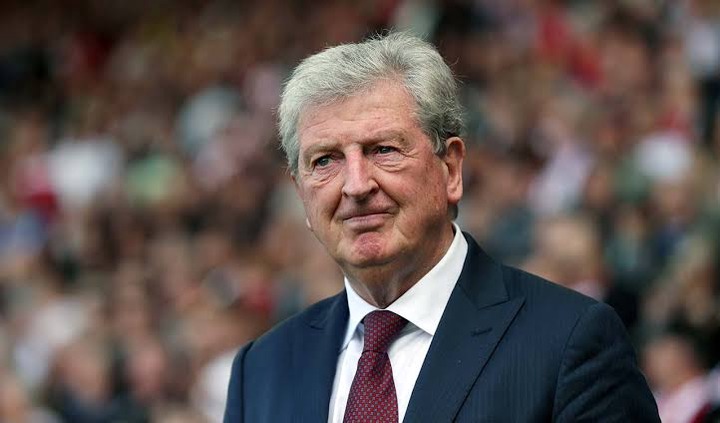 Roy Hodgson has given the clearest indication yet that he has no plans to retire at the end of the season.

“You are very fortunate if you are able to do it [management] for as long as I have been able to do it. It is not going to be easy for the younger managers coming through because the pressures do not get an easier.

“I have been privileged to have been in it as long as I have been and I am still enjoying it. And I am hoping it will continue for some time to come.” 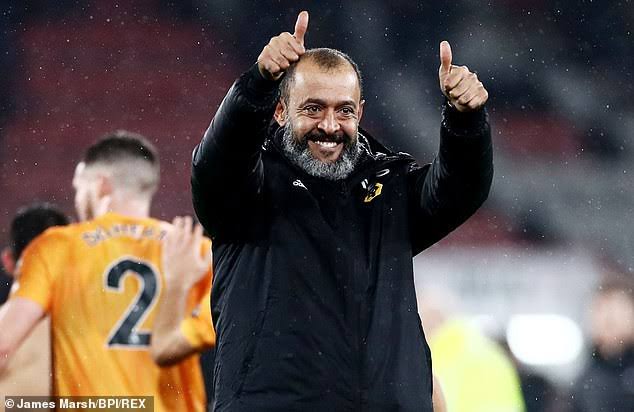 Arsenal and super agent Jorge Mendes held talks over replacing Mikel Arteta with Nuno Espirito Santo, according to The Sun.

Mendes believes it is time his client moved on from Wolves after continuing to improve his reputation in the game and was this season offered to Arsenal after their poor start to the season.

However, an upturn in form has vastly decreased the pressure on Arteta’s head. 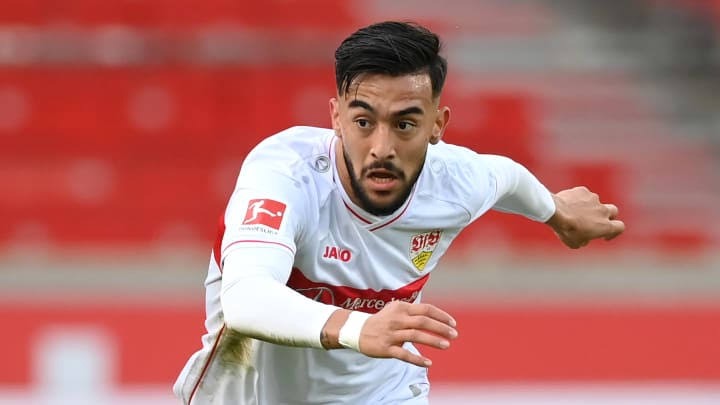 Another player being linked with Tottenham is Stuttgart winger Nicolas Gonzalez.

The Argentina international is reportedly wanted by Juventus and Leeds and The Athletic are reporting today that Spurs are also interested, though any move would likely wait until the summer. 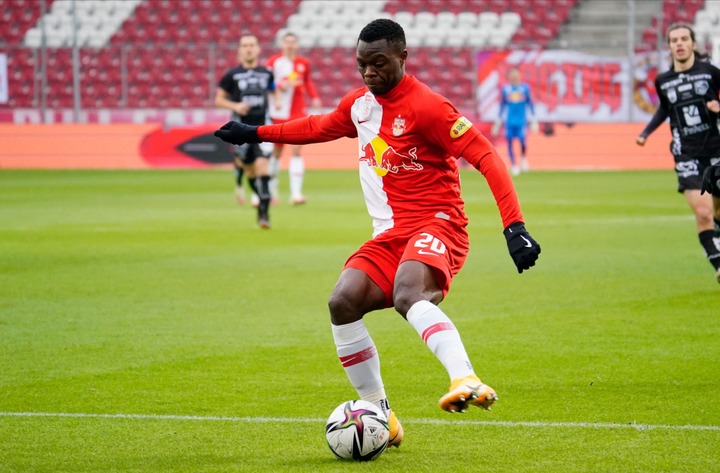 Their interest in Eddie Nketiah is not expected to bear fruit, with Red Bull Salzburg’s Patson Daka is the latest name linked by the Mirror.

But the striker’s agency have moved to dispel talk of a January exit.

Content created and supplied by: OkNews (via Opera News )

latest hairstyles 2019 oyi by 2baba pep stores in lagos precious draw wilmer by patoranking
Opera News is a free to use platform and the views and opinions expressed herein are solely those of the author and do not represent, reflect or express the views of Opera News. Any/all written content and images displayed are provided by the blogger/author, appear herein as submitted by the blogger/author and are unedited by Opera News. Opera News does not consent to nor does it condone the posting of any content that violates the rights (including the copyrights) of any third party, nor content that may malign, inter alia, any religion, ethnic group, organization, gender, company, or individual. Opera News furthermore does not condone the use of our platform for the purposes encouraging/endorsing hate speech, violation of human rights and/or utterances of a defamatory nature. If the content contained herein violates any of your rights, including those of copyright, and/or violates any the above mentioned factors, you are requested to immediately notify us using via the following email address operanews-external(at)opera.com and/or report the article using the available reporting functionality built into our Platform

Check out the most valuable young football players in the world 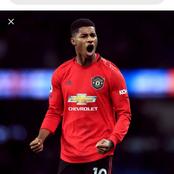 Thomas Tuchel is not a total stranger, see the Chelsea players he has worked with in the past 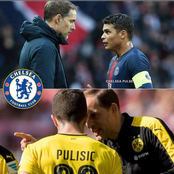 As Lampard leaves Chelsea, see 3 Chelsea stars whose records under him were poor 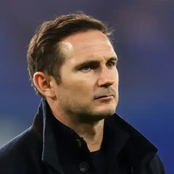 Here Are The Champions League Matches We Will Never Forget, Who Will Win The UCL This Year? 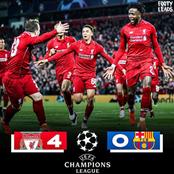 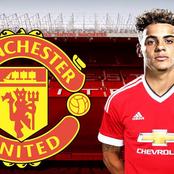 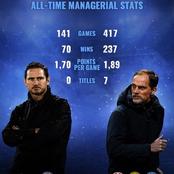 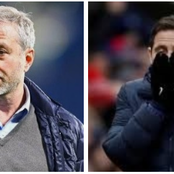 Tuchel Or Allegri ? Check Both Managers' Achievements For Their Previous Clubs And Choose The Better Manager For Chelsea 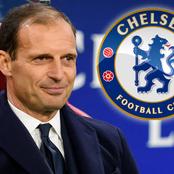 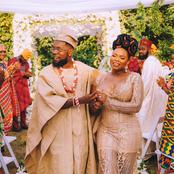