By SpeedFingers (self media writer) | 9 months ago 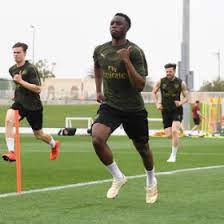 Two Nigerian-born youngsters, James Olayinka and Joel Ideho have achieved fresh marks with Arsenal of England, as the first of the duo is now training with the main squad, while the latter got a goal for one of their youth teams. 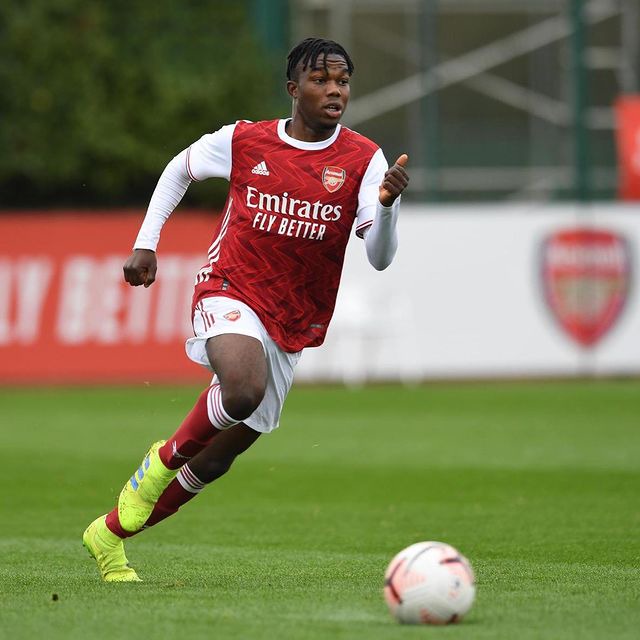 In what has become another chapter in the emergent stories of both lads, Olayinka has been accorded another chance of staging a strong claim for a senior debut with the London-based club, Ideho is waxing stronger with his rain of goals in the youth ranks.

Big news out of Emirates Stadium indicates that Olayinka has set his sight on finally getting his senior debut with The Gunners, as he has been called up for training with the main squad ahead of their next English Premier League match. 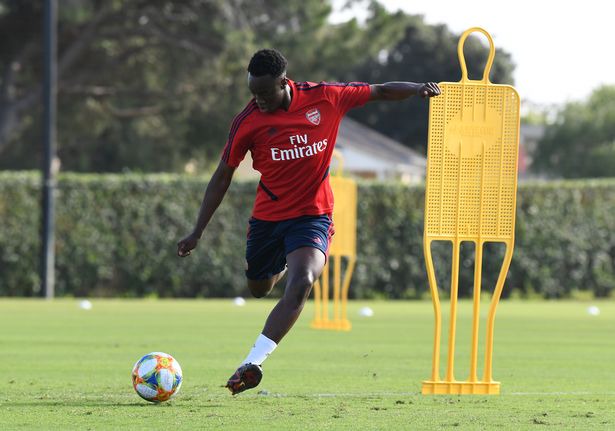 The game will be this weekend against Norwich City and, with Olayinka already creating a buzz in training with the main squad since Monday, the Nigerian-born youngster could jolly well get a place in the roster to battle The Canaries.

That would be a huge leap forward for Olayinka, who is expected to be registered as an under-21 player in Arsenal's squad for the first half of this season's EPL campaign. 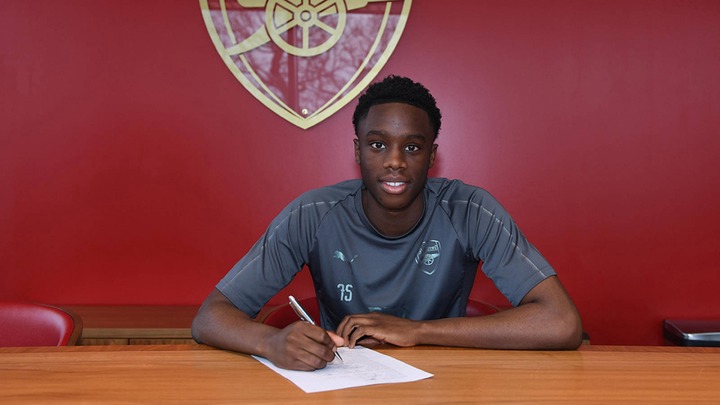 However, the box-to-box attacking midfielder is yet to make his senior debut for The Gunners and he will now seek to step further into the mainframe, after being a reserve option against Standard Liege and Liverpool in the Europa League and Community Shield respectively.

Despite enduring an injury-plagued campaign, the 20-year-old Olayinka made 21 appearances in all competitions while on loan at Southend United, with which he scored three goals and he will now aim to take advantage of the absence of several first team players on international duty. 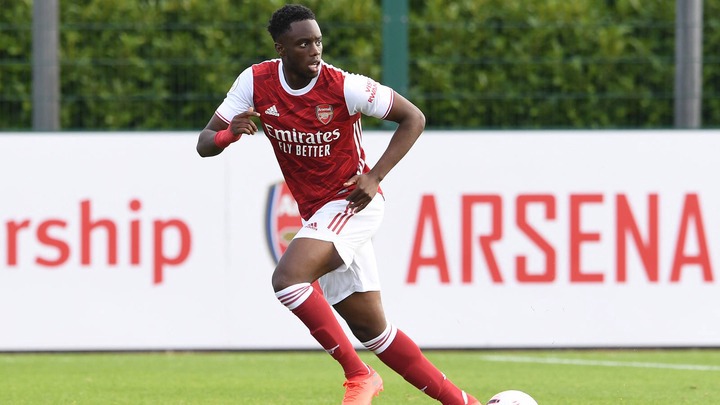 At a point when Olayinka is now making the best of his time in training with the main team, Ideho’s latest moment in the spotlight came when he got another goal for The Gunners’ under-18 squad, but it was not good enough to save them from defeat by Swindon Town, who featured Akin Odimayo.

It was another outing for Ideho and three other Nigerian-born players in Arsenal’s youth squad, but their efforts fell short against Odimayo’s side, who went on to win the game 2-1 and surge ahead into the next round of the Papa John's Trophy on Tuesday. 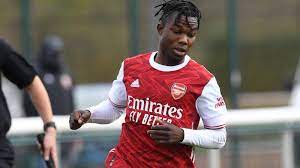 While 21-year-old Odimayo, a former Reading of England youth team captain, went the distance for the home team, whose main squad features in England’s League Two, The Gunners’ Nigerian-born quartet, all aged 18 years, had varying game time under their boots at The County Ground, but Tim Akinola was not dressed, as he has been training with the first team.

Ideho, midfielder Mazeed Ogungbo and goalkeeper Ovie Ejeheri all started for The Gunners, but Nathan Butler-Oyedeji entered as a substitute in the 71st minute, as he replaced his compatriot, who scored Arsenal’s lone goal. 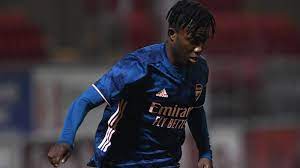 That goal came from Ideho and it helped put Arsenal temporarily back in the game, after the deadlock had earlier been broken by Mohammad Dabre, who stabbed home from close range, despite the flaying arms of Ejeheri, who tried in vain to stop the ball from going in.

Ideho then equalised on 34 minutes with a brilliant strike from just inside the area for his sixth goal in all competitions since arriving from Ajax Amsterdam of Netherlands last October, but Conroy grabbed Swindon’s winner midway through the second half with a deflected header. 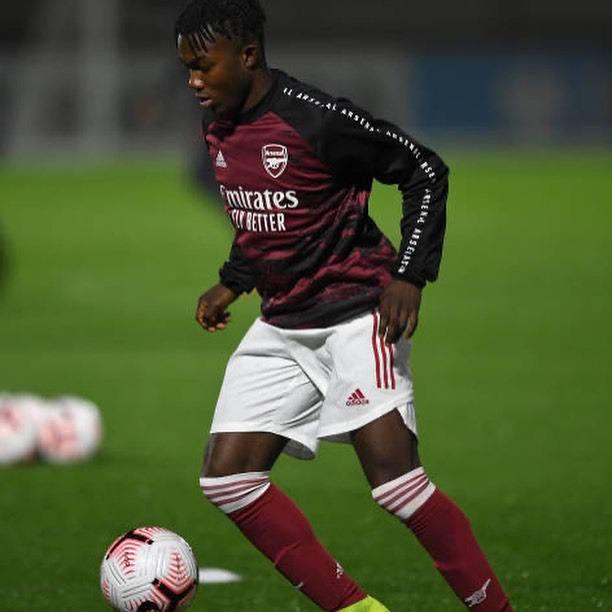 Ejeheri, Ogungbo, Ideho and Butler-Oyedeji wore number 47, 61, 51 and 41 during the EFL Trophy match, same numbers they will wear on the back of their jerseys in the event that they make their senior debuts for Arsenal this season.

Ideho disclosed afterwards that he is enjoying his time at Emirates Stadium and added: "It’s always nice hearing that clubs have belief in your talent, but to find out that Arsenal were interested was amazing.

"I was so happy, because Arsenal is such a big club with great history and they’ve had some iconic Dutch players over the years too.”