When boxing fans think of Iron Mike Tyson, they usually think of an unstoppable force during the Heavyweight division's golden period, but Mike Tyson wasn't invincible throughout his career. Mike's defeats came mostly late in his career, when he was past his prime, but he still felt defeat. Mike Tyson retired with a record of 50 wins and 6 losses, with five of his defeats coming by knockout. So, who were the boxers who beat Mike Tyson? 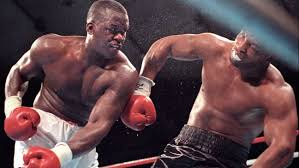 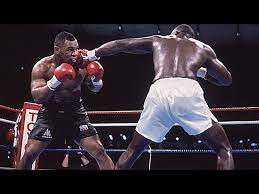 At the Tokyo Dome in Tokyo, Japan, on February 11th, 1990, James ‘Buster' Douglas ended Mike Tyson's undefeated title reign in the 10th round by knock out. The result stunned boxing fans and the media around the world, since Tyson appeared to be unbeatable at the time and Douglas was a 42-1 underdog. Yes, against Iron Mike Tyson, Buster Douglas was a 42 to 1 betting underdog. 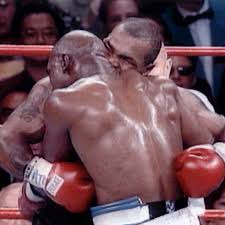 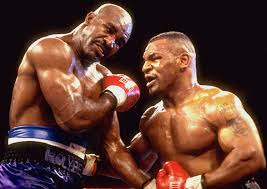 The biggest takeaway from the Douglas victory is that it was even more implausible than Tyson biting an opponent's ear twice. That exactly happened in Tyson's rematch with Holyfield, which took place eight months after Holyfield won the first fight by TKO in the 11th round. Following that one, Tyson protested that Holyfield had repeatedly head-butted him, which was surprising given Tyson's tendency of slipping an elbow in to intensify the effects of multiple blows. In the first round of their rematch, another incident occurred, this time resulting in a cut above Tyson's eye. It's unclear whether this triggered Tyson, but late in the third round, in a clinch, Tyson leaned forward with his teeth and bit a chunk of flesh off the top of Holyfield's right ear. Although Holyfield was clearly in pain, referee Mills Lane permitted the fight to proceed once it was judged that he was able to continue fighting. Tyson then did it again, but this time only scratching his left ear. Lane took a time to realize what had happened because it was less evident. Lane disqualified Tyson when he did so at the end of the round. After that, Holyfield proposed Tyson realized he was about to lose again, so he chose to retire by DQ over KO. 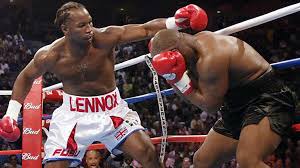 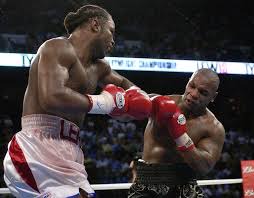 Prior to their fight, Tyson and Lennox Lewis had a tense rivalry. At the promotional press conference, the two boxers' entourages got into a confrontation. The bout was supposed to take place in Nevada, but Mike Tyson's license was denied by the NSAC due to intimacy assault allegations against him. A number of other states have followed suit. The battle was set for June 8, 2002, at Memphis, Tennessee's Pyramid Arena. Lennox Lewis controlled the fight, knocking out Tyson in the eighth round. The bout was the highest-grossing pay-per-view event in history at the time. Unlike prior times, Mike Tyson was gracious to his opponent after this defeat, even praising Lennox's performance. 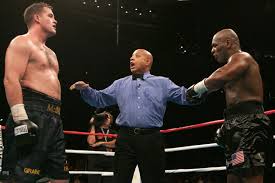 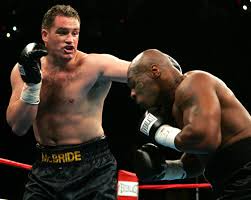 Mike Tyson's final professional fight concluded in an unceremonious and abrupt manner, which did not reflect well on the great fighter and his storied career. Mike Tyson stunned the fans and everyone watching at home on June 11, 2005, when he quit before the start of the seventh round against McBride. Mike Tyson later revealed in his DVD that he fought McBride for the fight pay and did not expect to win. Mike Tyson retired from professional boxing after this fight. 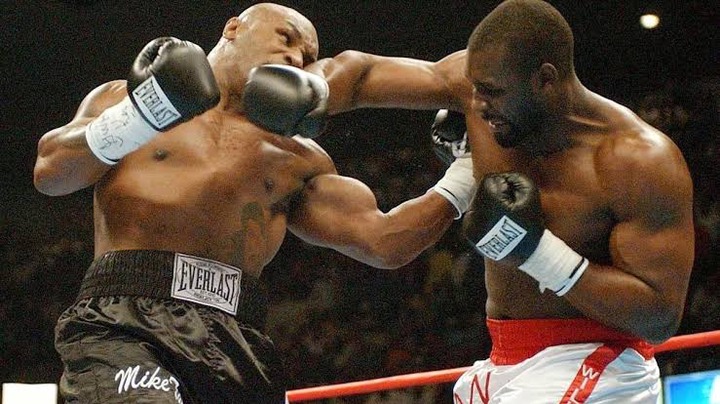 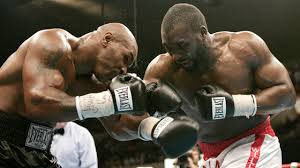 On Friday July 30th, 2004, Danny Williams knocked out a 38 year old Mike Tyson in the fourth round. The fight was quick paced, and the old and past his prime Tyson lost all his steam and energy quickly. The younger Williams took full advantage of this and put together a combination of punches that floored Tyson who was unable to beat the count at the end of the round.