Liverpool are interested in bringing defender Nordi Mukiele to Anfield this season. The highly-rated 22-year-old has impressed with his performances as a right-back and a right wing-back for RB Leipzig this season.

Liverpool consider him to be a right-back, who can also cover for the centre-back position with Dejan Lovren seemingly out of favour for the Reds.

Liverpool have made arrangements to hold direct talks with the Frenchman's camp, with the defender likely to cost in the region of €40 million. 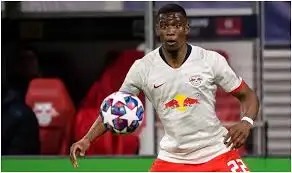 Nordi Mukiele has been one of the main-stays of the RB Leipzig side which finished 3rd in the Bundesliga this season, making 25 appearances, scoring 3 goals and contributing 1 assist.

The Frenchman has played in a number of positions this season including the right of midfield and centre back, but is mostly used by Julian Nagelsmann as a right-back or a right wing-back. 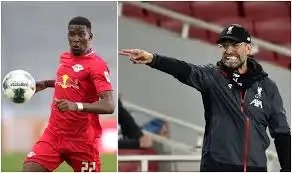 The former Montpellier man is known to be a defender who is not only positionally astute but also is a great tackler with significant arial prowess.

His performances have attracted interest from the likes of PSG (looking to replace out of contract Thomas Meunier) and Tottenham (Serge Aurier has been unconvincing for large parts of the season).

Liverpool, however, are stacked in the right-back position with Trent Alexander-Arnold getting better every single game, and already one of the best right-backs in Europe.

The emergence of 19-year-old Neco Williams has also been one of the highlights of the season, as the academy graduate put in some commanding displays when given the opportunity by Jürgen Klopp.

If the RB Leipzig man does arrive at Anfield, Williams is likely to go out on loan. However, it will be interesting to see if Klopp is able to convince Mukiele to join the club knowing that he might start from the bench for the Premier League champions.

The fee for Mukiele is also likely to be a problem for the Champions League holders, with Liverpool also being heavily linked to midfielder Thiago Alcântara.