Opinion: Cristiano Ronaldo should quit taking off his jersey Whenever he scores, it is shameful.

By Blusome (self media writer) | 16 days ago

Cristiano Ronaldo is without a doubt one of the world's most prolific goal scorers, who enjoys scoring goals. However, to show his excitement when he scores, he is sometimes seen performing some type of eye-catching celebration. On Wednesday, in a UCL match against Villarreal, Cristiano Ronaldo scored the winner in 90+ minutes. As expected, he celebrated his goal, but this time his celebration was a shameful one. Cristiano Ronaldo races towards the fans and strips off his jersey and throws it up into the air. 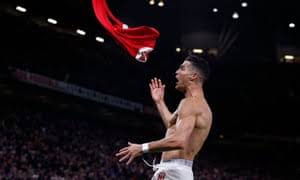 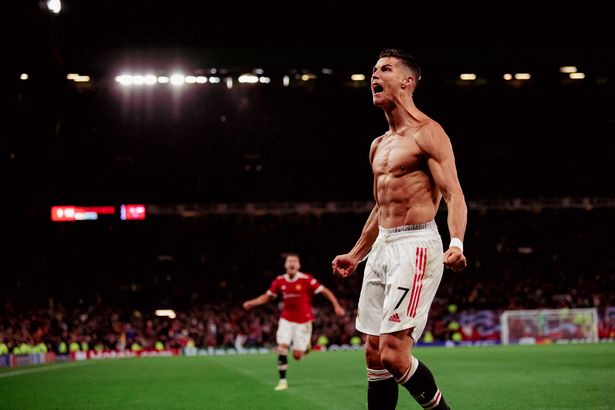 As much as his goals bring delight as well as his celebrations, I am of the opinion that Cristiano Ronaldo should stop the practise of stripping off his jersey when celebrating a goal. It is very shameful.

According to FIFA's law 12, stripping off one's jersey during a match is viewed as an unsporting behaviour that deserves a caution or booking. This shameful display does not look too great in my eyes for one of football's great, a player who takes the game of football so serious to always flaunt this rule and get booked. It looks awful. He did it while on international duty with Portugal last month and was booked, the same way he was booked in the UCL on Wednesday.

Cristiano Ronaldo is not just any player. He is regarded as one of the best footballers of all time. A living legend, an icon, and a role model. Many young aspiring footballers look up to him as a role model. Remember, young people are both naive and immature. He should consider the influence his stripping off celebration has on young people who look up to him as a role model. After all, Cristiano Ronaldo is known for his ability to score goals. such that it is no longer a surprise when he scores. 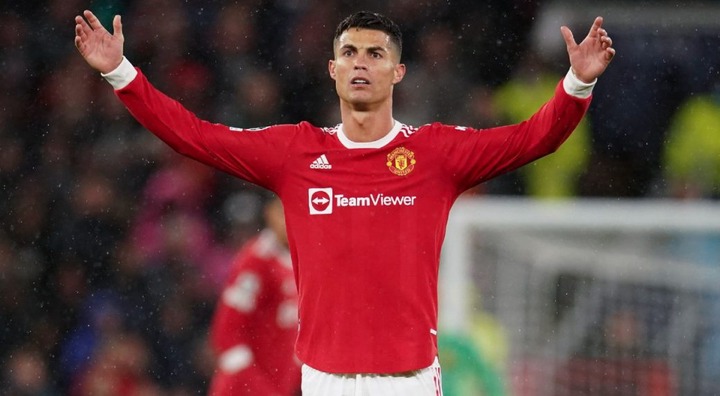 Ronaldo should also keep in mind that scoring a goal does not mean winning a trophy. When one hasn't won the ultimate trophy, it's pointless to take off one's shirt, which is an indication of excessive celebration. It's shameful to me since, in the end, it'll be mocked and made a laughingstock of. 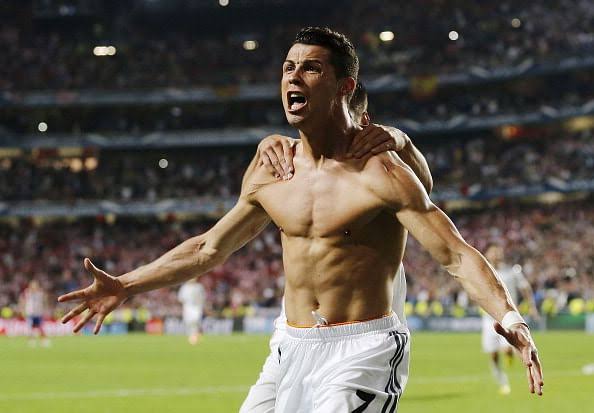 So I believe Cristiano Ronaldo has outgrown this aspect of the game because it is unsporting, and stripping off is quite shameful, especially for a professional like him.