Checkout 2 Things Chelsea's Coach Did Which Was Instrumental In Their UEFA Super Cup Victory.

By Danladi (self media writer) | 5 months ago

Tuchel and his players have continued their impressive display in European competitions as they lifted the UEFA Super Cup on Wednesday night. Chelsea battled for the trophy against Europa league winners, Villarreal and both teams had to stretch the game to a shoot-outs before a winner was decided. 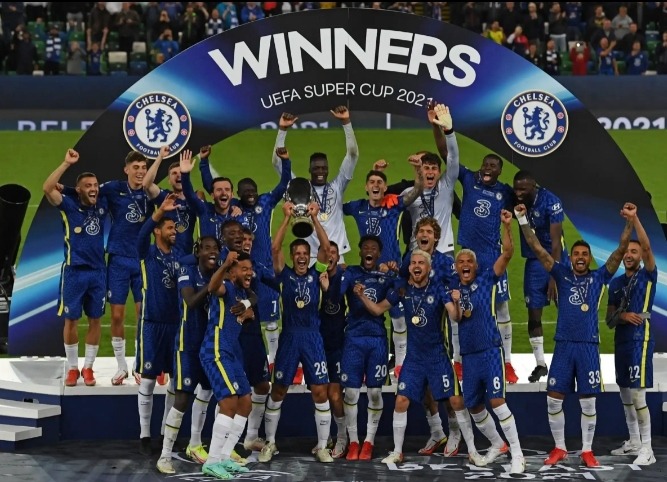 Since the arrival of Tuchel, the team has witnessed significant cohesion which is evident in the understanding between players. One of the biggest twists of the night was the replacement of Mendy with Kepa Arrizabalaga few minutes to the final whistle.

Kepa was brought in to participate in the shoot-outs and Mendy accepted the change without being rebellious which speaks volume of the team's management. 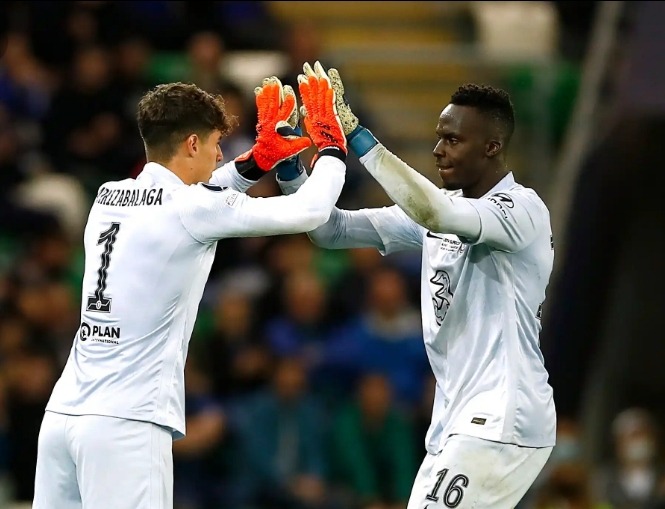 Image Credits: The US Sun

While talking to BT Sport, Tuchel said he had discussed these issues with the goalkeepers since the first moments he arrived the club and he was appreciative of Mendy who accepted the proposal.

He said both keepers accepted the decision and had known all along moments like this would come up which would warrant the change; the moments did arrive and Chelsea came out victorious. 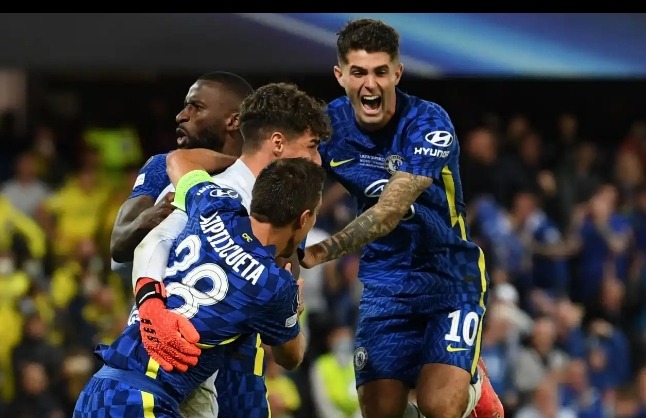 Below are two things Tuchel did in Chelsea which helped the team win the UEFA Super Cup;

1. Tuchel didn't just bring up the random idea of switching Mendy for Kepa whenever the team makes it to a penalty shoot-outs, there were statistics which proved Kepa to be better when dealing with spot-kicks.

He had been shown the team's data by the goalkeeping coaches and the analysis guys which goes to show that there is more to the game of Football than the players and the head coach.Most people think the head Coach is charged with doing everything before and after a game but these analysis crew are there to pen down key details during games which are used to formulate policies for future purposes.

It takes a good and humble coach to absorb these data from other staff and use it to make strategic changes to the team which Tuchel did. 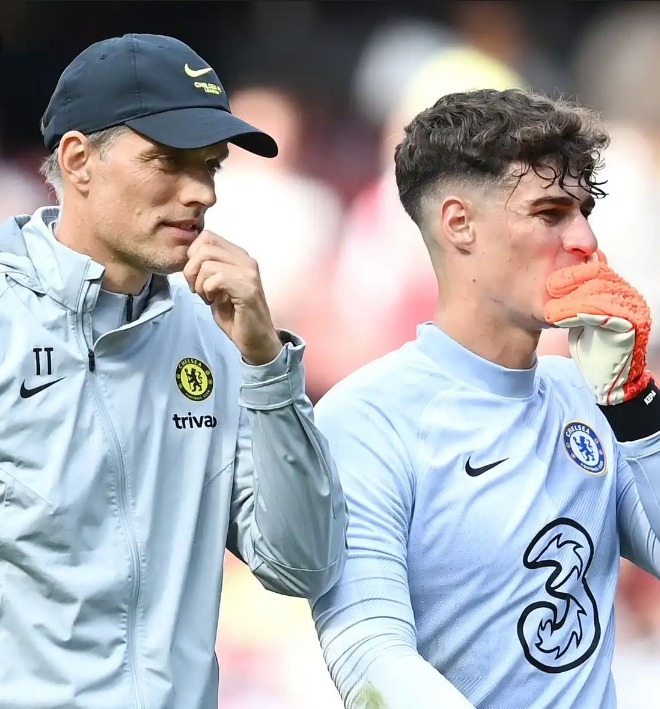 2. He was able to manage the youthful exuberance of Kepa and the unanticipated reactions of Mendy. Kepa had in previous times refused to be substituted when Sarri was the Coach which raised questions about the keeper's attitude and the coach's leadership.

Tuchel was given data which proved Kepa to handle such situations better and that was what prompted his discussion with both keepers months ago. Tuchel must have been aware of the keeper's attitude in previous seasons but he knew the team should should come first before any personal perceptions about a player. 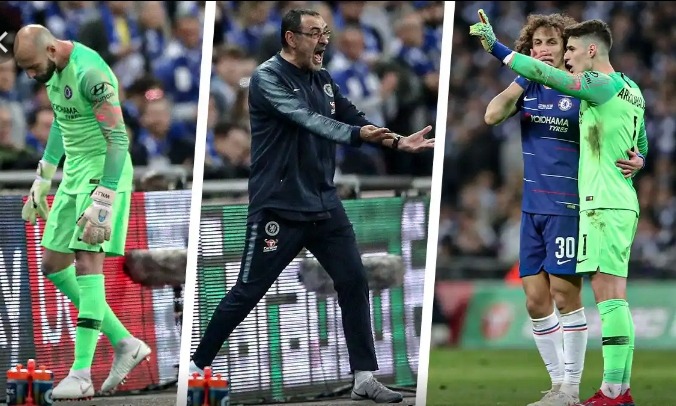 On the other hand, Mendy was mature and didn’t display an atom of pride as he walked out of the pitch to allow Kepa finish up the game. Despite earlier discussions between both keepers and the Coach, Mendy could have decided to display an attitude which would be unanticipated but the Coach still made the bold attempt in a major final.

Mendy did the right thing by not embarrassing him and the team because not every Coach will be bold enough to make such attempts in a final despite previous show of immaturity by Kepa; he didn't allow previous events to cloud his judgements over the young keeper. 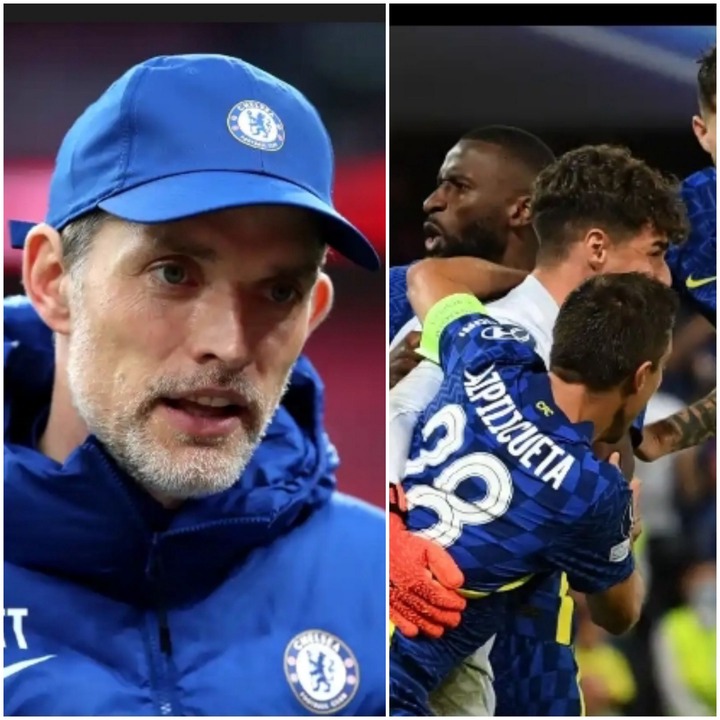 With such understanding between two good keepers, Chelsea have proven that the Coach is in charge of the club's affairs and the players are fully behind his decision as they aim to replicate last season's success in the upcoming season.

Do you think Chelsea will be able to win the Premier league this season given the firm leadership structure and team-cohesion that's evident in the club?