We were very weak & erratic, Messi furious as Real Madrid are crowned Champions

By Jobberman (self media writer) | 1 year ago

Real Madrid beat Villarreal on Thursday night to seal their status as Champions of the 2019/20 La Liga season. On the same night that arch rivals Barcelona fell to a shocking 2-1 defeat at home to Osasuna. 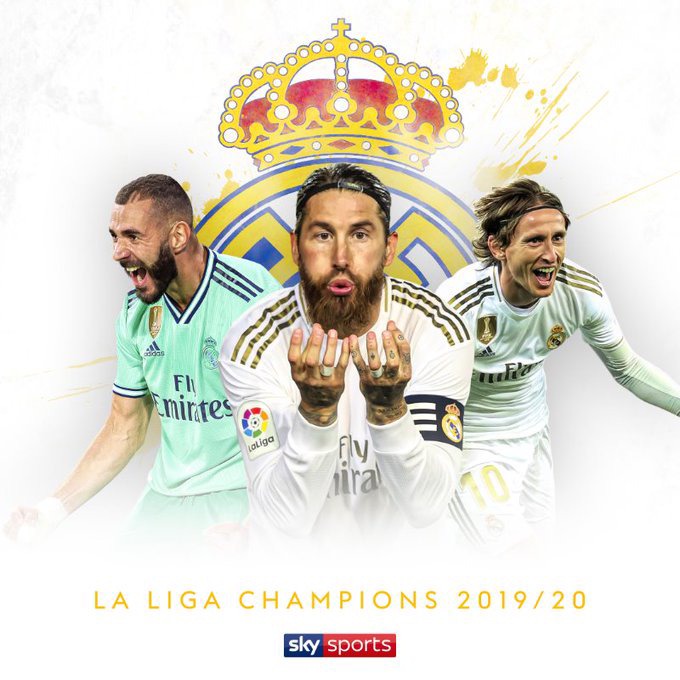 6 time Ballon Do'r winner Lionel Messi scored a trademark free kick in the game against Osasuna, but he was definitely not happy at full time and rightly so.

Barcelona has been below par this season, we all know that. With a meagre return of 79 points from 37 league matches, Barca are have endured a nightmare season. They have conceded the title to clasico rivals Real Madrid, and Zinedine Zidane has outwitted them again. 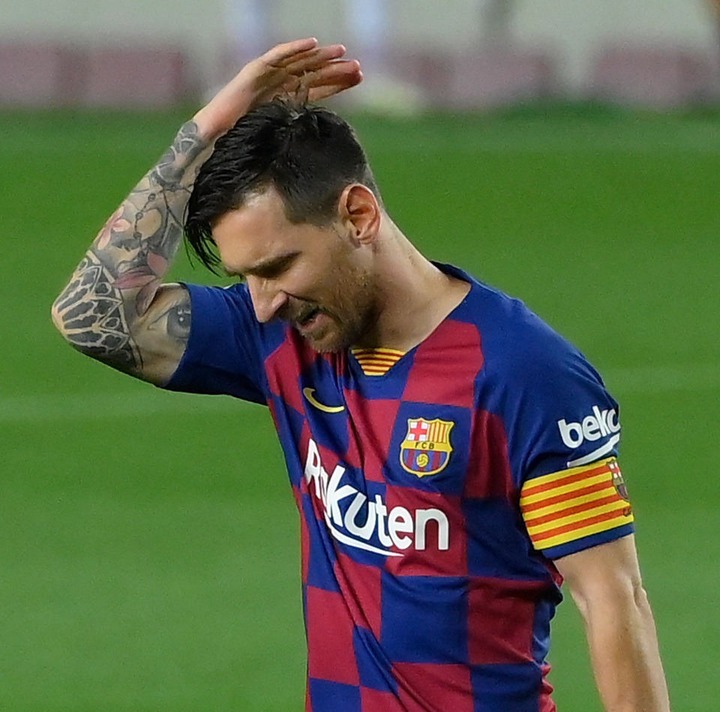 Messi was very critical of his side at full time. He was obviously very upset at how things had turned over the course of the season. The Argentine speaking to broadcasters after the game describing the Catalan club as being "very weak". He called Barca a "very erratic" low-intensity team.

"We didn't want to end the season like this" he said, "but it represents how the season has gone. We were a very erratic, very weak, low-intensity team" he told Movistar + Lionel left no stone unturned, making references to last season and the season before to describe how short Barcelona has come. He made mention of comebacks made by Roma and Liverpool against Barca in the Champions League over the last few seasons.

"Roma, Liverpool... the fans are running out of patience because we're not giving them anything." Messi said ruing Barca's fall from grace.

According to him, a lot of things needs to change at the club in order to return back to glory days. He feels the players and the entire club needs to be critical of themselves. 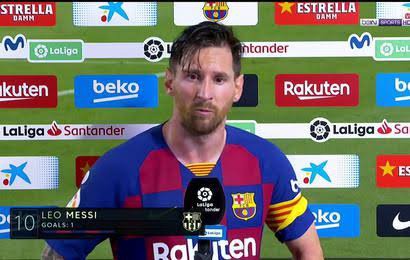 "We have lost a lot of points which we shouldn't have done. We have been very inconsistent. We need to be self-critical, starting with the players, but also across the entire club. We are Barcelona, and we are obliged to win every game." he is quoted as saying on BBC Sport

On Madrid winning the title, Messi said that the Los Blancos deserved every to win,

"they did their thing and we lost a lot of points we should not have lost" he said. "We have to do some self-criticism. We are Barça"

Don't get bored yet, because Messi is not done talking, remember that Frankie De Jong once said "when Messi speaks, you listen", we better listen well alright? 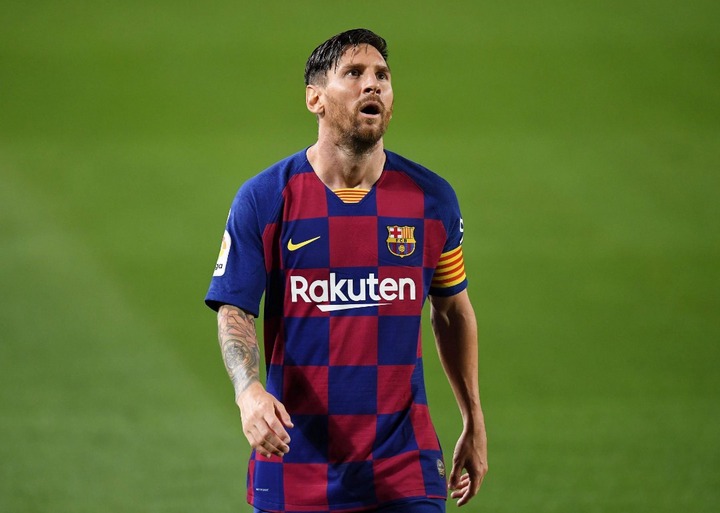 We will loose against Napoli

The captain proceeded to warn Barca ahead of their Champions league round of sixteen second leg clash with Napoli. That game is scheduled to hold on August 8th. With the tie level at 1-1, Messi feels Barcelona may be going home early if they fail to step up.

"if we continue like this, we will lose the game against Napoli." Messi warned.

It appears that Messi's ambitions may be higher than those of his teammates, and perhaps first team coach Quique Setien whose time at Camp Nou could be coming to an end, considering Barcelona's abysmal season. 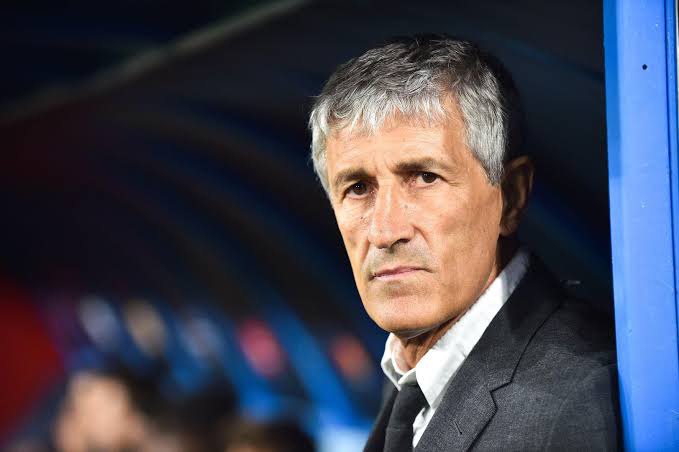 The manager appeared to contradict his star player when he told broadcasters that he did not expect either Barcelona or Real Madrid to win every game after the lock-down. Recall that Barca were atop of the table before the temporary suspension of football. They began the post lock-down 2 points ahead of Real Madrid.

Setien is also uncertain of his Barca future, given that the club may choose to show him the exit door.

Barcelona are yet to make a statement concerning the managers future at the club, but with Messi seemly unhappy and the club diminishing in terms of football on the pitch, anything can happen. 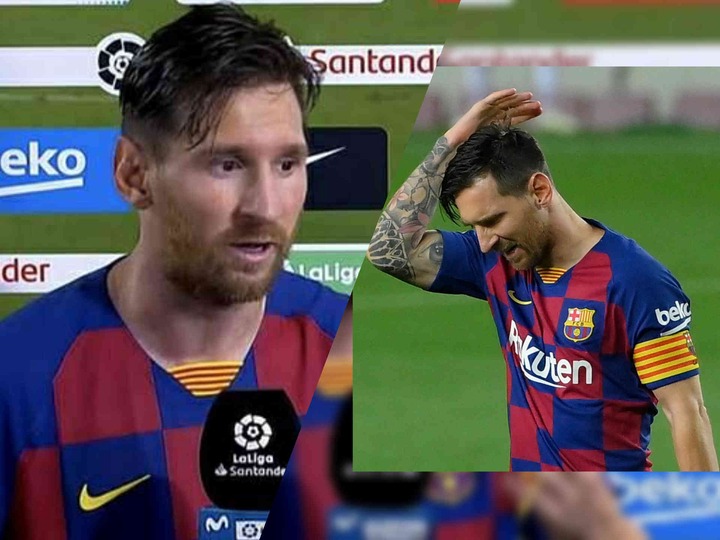 An early exit, perhaps against Napoli could surely spell doom for Setien. Really worrying signs at Camp Nou. Only time can tell if Spaniard can save his job, but if they do sack him, who will they employ? Mauricio Pochettino? Massimiliano Allegri? or perhaps a shock return for Pep Guardiola.

Tell us what you think.

Content created and supplied by: Jobberman (via Opera News )