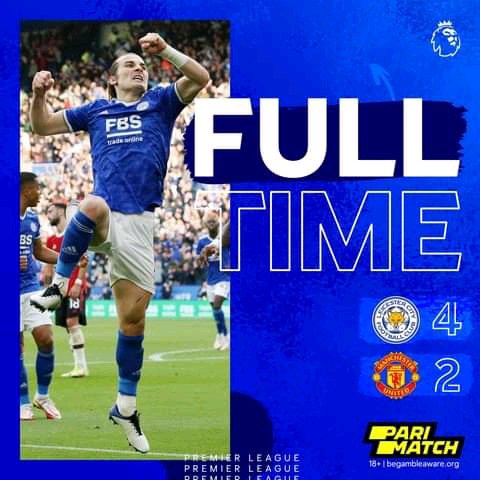 Manchester United was finally defeated in an away match in the English Premier League for the first time in more than two years by Leicester City. The Foxes defeated the Red Devils by four goals to two today (Saturday) in a relatively open match.

Leicester City started on a better note than Manchester United but it was the Red Devils who opened the scoring. Aaron Wan-Bissaka picked up the ball in midfield before he fed Bruno Fernandes who released Mason Greenwood on the right. The 20-year-old cut into the left before striking the ball across goal and beyond the fully-stretched Kasper Schmeichel. 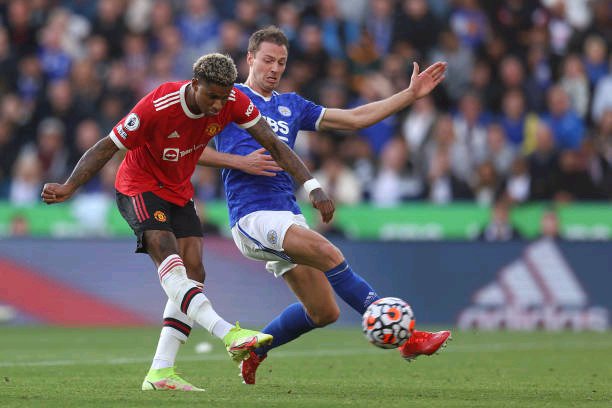 Leicester City scored their third goal of the match through a Jamie Vardy outside-of-the-foot shot. Patson Daka scored in the 91st-minute through a cross delivered to the far post to condemn Manchester United to their second English Premier League defeat of the season.

Below are three players who were responsible for Manchester United's loss to Leicester City: 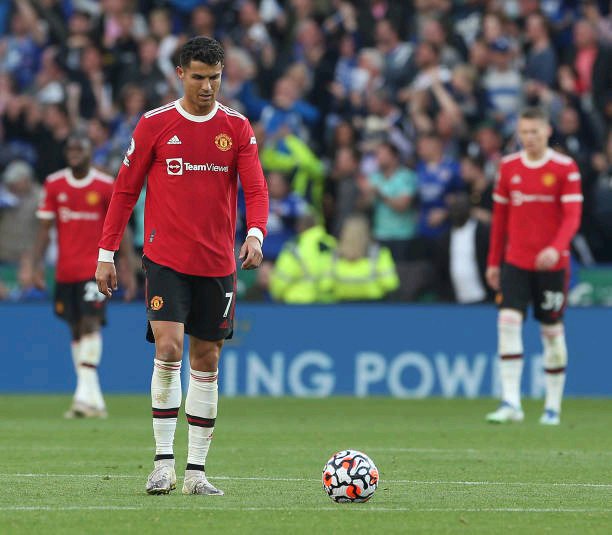 The five-time Ballon d'Or winner did not cover himself in glory in Manchester United's loss as he found himself in some goalscoring positions but failed to capitalize. The most obvious goalscoring chance was the one he got through a Marcus Rashford pass after a Manchester United counter-attack. The Portuguese superstar was only able to shoot the ball straight at the goalkeeper.

The Serbian midfielder started the match most likely because of the absence of Fred. He played well but he gave the ball away in dangerous positions which allowed Leicester City to put Manchester United under pressure.

Rustiness was written all over the Manchester United captain as his performance was full of misplaced passes. He was at fault for Leicester City's first goal as he was too slow to get to David De Gea's pass and Kelechi Iheanacho capitalized and provided the assist for Youri Tielemans' goal.