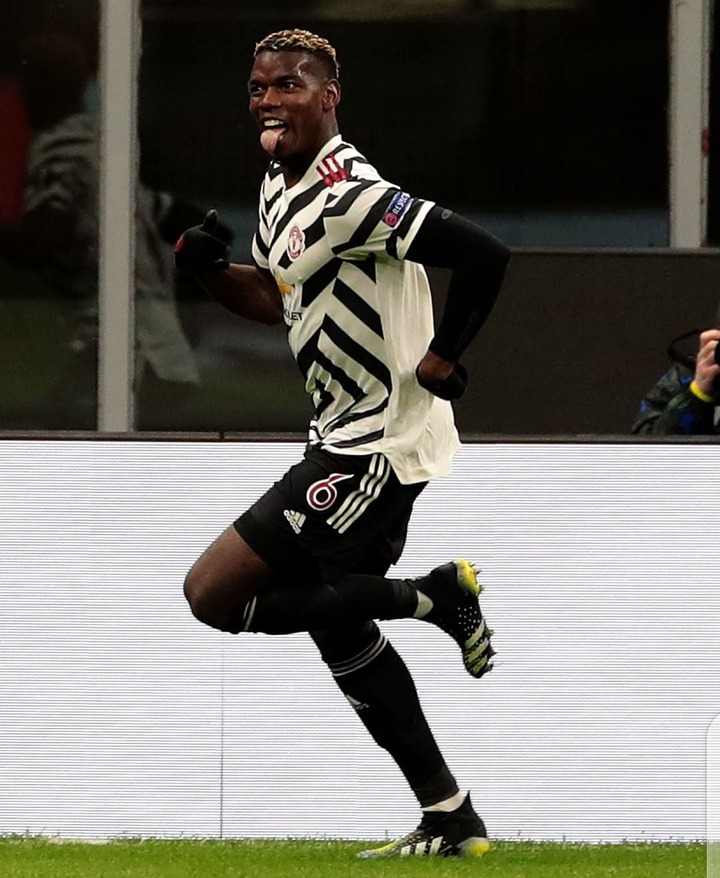 French national team star Paul Pogba has reacted after returning from injury to guide Ole Gunnar Solskjaer's Manchester United football club of England to a 1-0 Victory over Italian serie A giants AC Milan, at San Siro Stadium in the second leg of the UEFA Europa League round of 16. 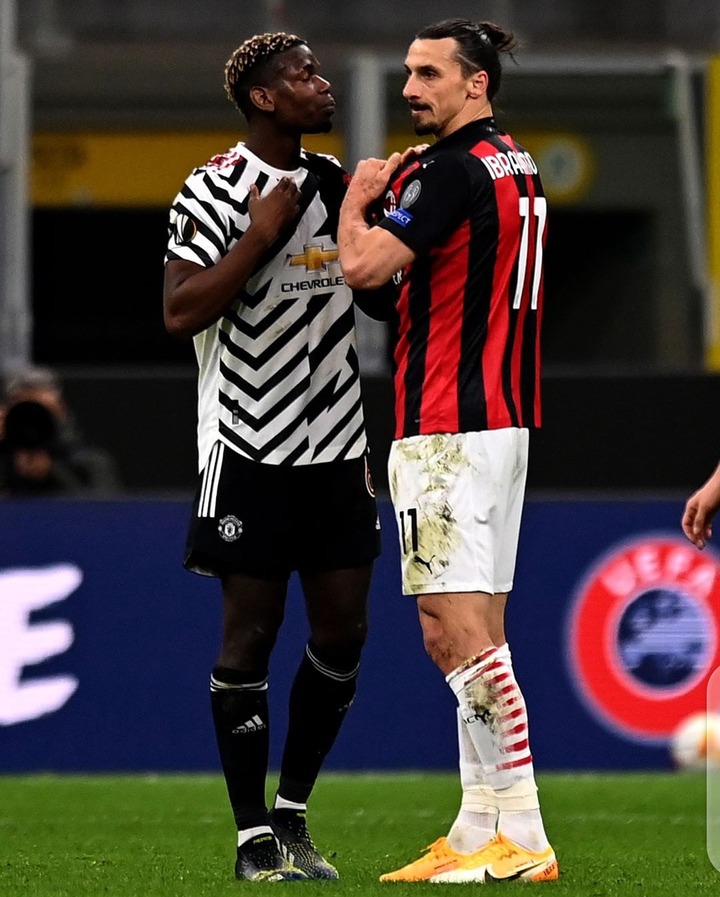 The former Juventus football club of Italy Midfielder who has been out of action for the Red Devils since few weeks ago returned to training earlier this week, and he was introduced to the pitch in the second half of the game, and he was able to impress after coming in.

Coach Ole Gunnar Solskjaer introduced the midfield maestro before the start of second half to replace England star Marcus Rashford, and he made an instant impact on the pitch, by scoring his team's only goal of the game immediately, to guide them to a 1-0 victory. 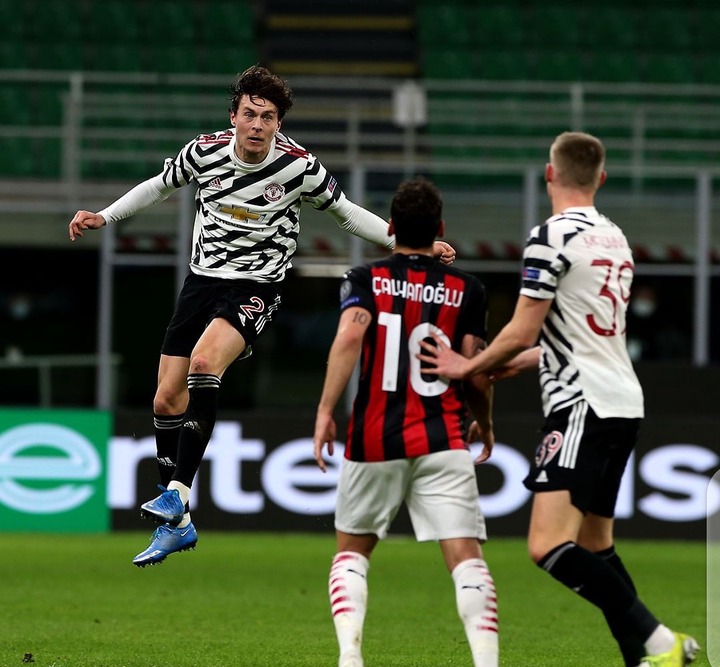 Having played a 1-1 draw in the first leg of the game in England last week, the second half goal from substitute Paul Pogba was enough to give the English Premier League giants a deserved victory in the entertaining encounter at San Siro Stadium in Italy. 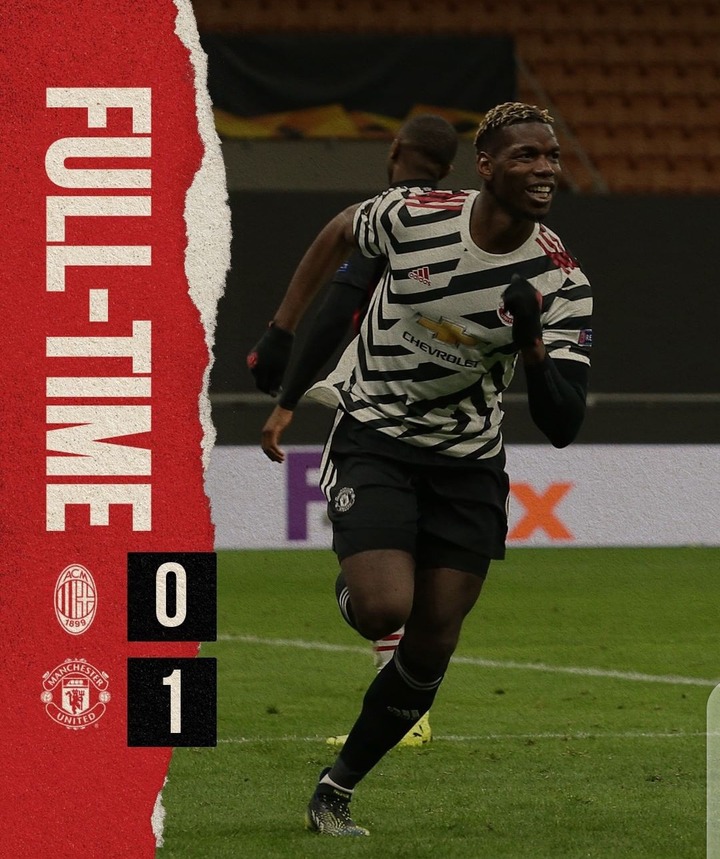 Reacting after returning from injury to score Manchester United's only goal of the game against AC Milan, Paul Pogba posted on his verified Instagram handle that;

"Let's goooo, moving on to the next round! UEFA Europa League." 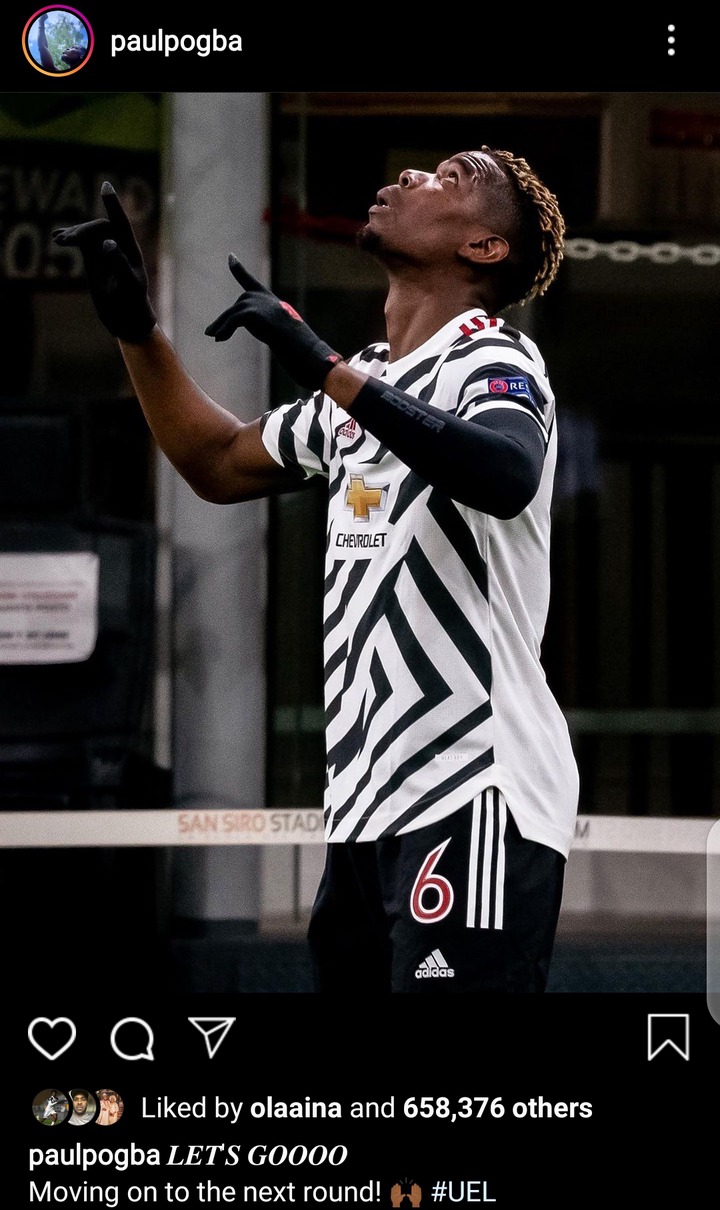 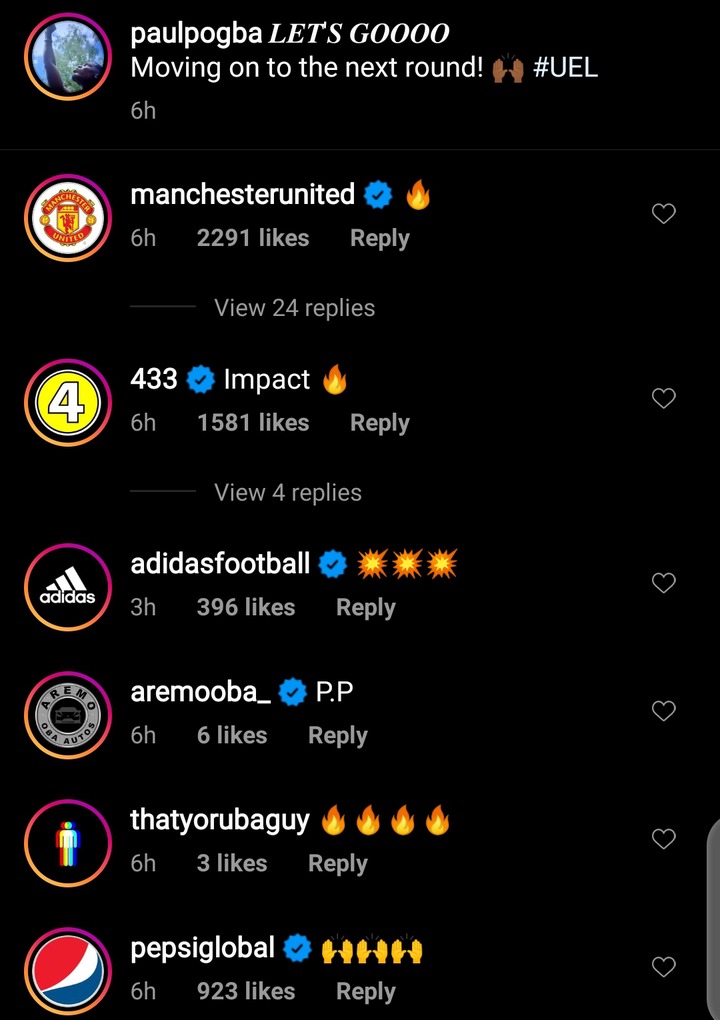 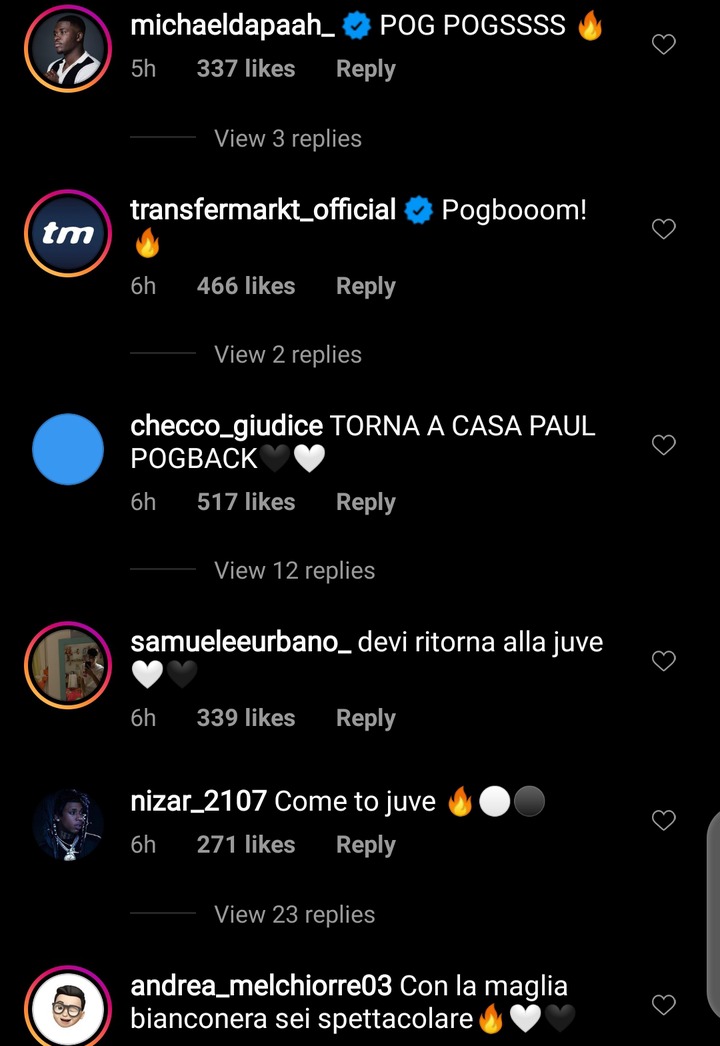 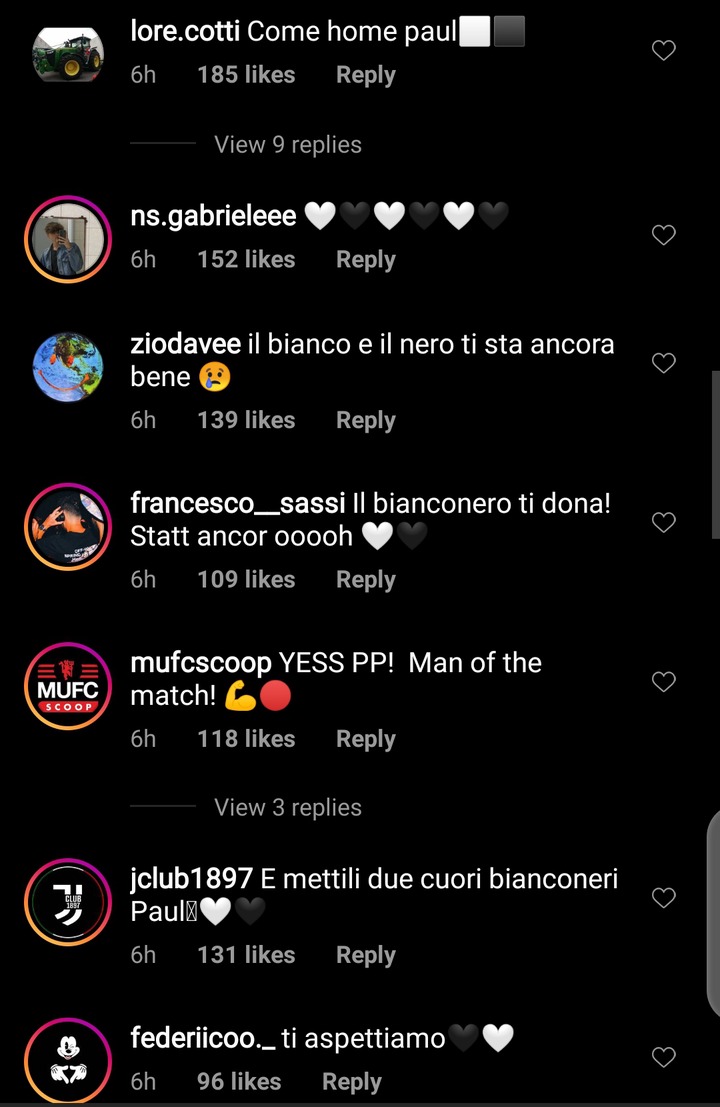 The victory over AC Milan has now extended Manchester United's unbeaten away run in all competitions, and they'll be looking forward to continuing their impressive run of form when they play in the English Premier League this weekend.