Ronaldo Voted Greatest Footballer Of All Time Ahead Of Pele. In a poll conducted by the FourFourTwo magazine in form of a tournament in Brazil, Ronaldo, Pele, Ronaldinho and Rivaldo have been voted greatest footballers of all time.

The final of the 32 player knockout was between Ronaldo and Pele. At the end of the voting process, the 2002 World Cup winner came out victorious against the Great Pele. Before now, Pele has been adjudged worldwide to be the greatest footballer of all time, but this recent poll has proved otherwise, though only in Brazil. The result of the poll was 60-40 in favor of Ronaldo, who was the Golden Boot winner in the 2002 World Cup.

Neymar could not get into the top 10 despite being the third all time highest goal scorer for Brazil. The Brazilian Cafu ended in 7 despite playing in three world cup finals. Others include Rivaldo, Ronaldinho, Coutinho etc. Most people however criticized the votes citing incidents of bias and irregularities. They believe no player on planet earth can match The Great Pele's achievement, he remains the best of all time.

Below is the top ten, and how they stood during the votes; 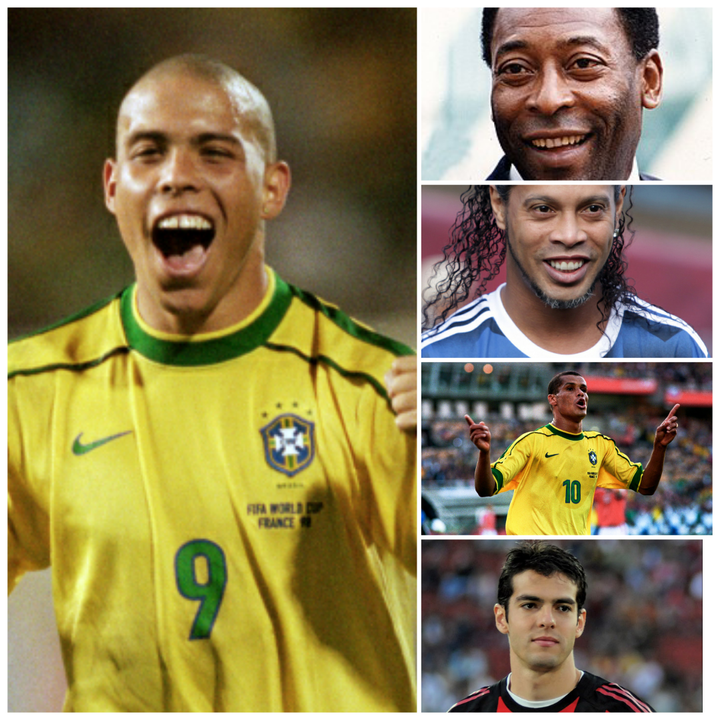 Currently, there is an ongoing debate among the followers of football and those who have graced the round leather game before, on who is the greatest footballer of all time between Messi, Christiano Ronaldo and Pele.

For many, the Argentinian Messi is the greatest of all time, while to others, Ronaldo is. But majority still pick Pele as the best. It will be recalled that both Christiano Ronaldo and Messi have not lifted the World Cup trophy.

The Brazilian Ronaldo has won the world cup (which is the greatest tournament in football) two times. This are the kind of players that should be compared to the great Pele. Although one cannot rule out the achievements of Messi and Ronaldo.

Who is the greatest among these footballers?